Series LLCs: Pros and Cons of a Growing Trend 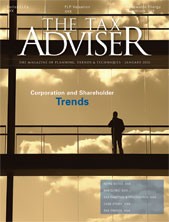 Eight states allow the formation of series LLCs (Delaware, Illinois, Iowa, Nevada, Oklahoma, Tennessee, Texas and Utah). A series LLC consists of a “master” LLC with one or more series of members, managers, interests or assets. Although contained within the master LLC, each series can have separate rights, powers and duties with respect to specific property and liabilities and can have separate business purposes and investment objectives. The series may also have common members with identical ownership interests, common members with varying interests or different members with unrelated interests—one series could even own an interest in another series. This makes it possible for each series to function as the equivalent to a freestanding legal entity.

With the advent of series LLCs, businesses face more options and complexity in making choice-of-entity decisions. Series LLCs have been used infrequently in the states that allow them due largely to uncertainty about what protection they provide against liabilities and how they are treated for tax purposes. Despite these present uncertainties, series LLCs hold promise as favorable entities for business and tax planning.

The states with series LLC legislation envisioned that, with properly established and maintained series, creditors could enforce the liabilities of one series only against the assets of that series. The assets of the master LLC and any other series would remain outside the reach of such creditors. A series structure thus helps wall off assets and liabilities within a master LLC.

Despite those potential advantages, many advisers hesitate to recommend series LLCs due to their uncertain ability to contain liabilities within a series. An LLC generally provides a good external shield between creditors and the LLC’s members. However, uncertainty surrounds a series LLC’s ability to construct internal shields between series or between a series and its master LLC. Series LLC legislation intends to restrict the reach of creditors of one series to assets of that series, but courts might still refuse to respect the internal shields and permit creditors to recover from assets of any series or the master LLC. This prospect of ineffective internal shields makes advisers wary of series LLCs.

Other concerns about series LLCs originate from their uncertain tax classification. In particular, uncertainty exists about what significance, if any, a series structure has under the check-the-box regulations. While not definitively resolving how to classify series LLCs, the IRS has ruled informally that each series determines its classification separately for federal tax purposes (see Private Letter Ruling 200803004).

PLANNING FOR THE FUTURE

For a detailed discussion of the issues in this area, see “Series LLCs in Business and Tax Planning,” by Glenn Walberg and Randall K. Hanson, in the January 2010 issue of The Tax Adviser.