Sending clients their tax returns via e-mail may soon no longer be an option. 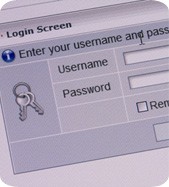 Federal and state laws continue to get stricter about maintaining the security of clients’ Social Security numbers. Accountants in Massachusetts and Nevada are required to encrypt e-mails that contain clients’ personally identifiable information, and several states have similar legislation pending.

Client portals—secure online storage areas—offer an alternative to e-mail for communicating and collaborating with clients. For firms with large numbers of clients, portals also can be a significant timesaver by eliminating the process of hunting down copies of old returns every time a client calls looking for one. But even a practitioner at a three-person firm said he experienced enough time savings to pay for the product in a few months.

Here’s how portals typically work: The accountant uploads the tax return—or any other information the client may want—to a secure Web site, where each client has a personal password and can log on to retrieve information. When the accountant adds a new document, the client receives an e-mail with instructions on how to log on and view it. Encrypting the e-mail is unnecessary because it does not include confidential information. Many portals are customizable, so they can be made to look like part of the accountant’s Web site.

While portals can be used for dozens of purposes—from exchanging QuickBooks files that are often too large for e-mail to entering payroll information—an increasing number of accountants are using portals to receive client source documents and post their completed tax returns. Web-based portals can be up and running in minutes, and those who are using them say the learning curve is almost nonexistent, so the January/February time frame may be ideal for introducing portals to clients through engagement letters or phone calls.

Tax software vendors that offer client portals include ATX (CCH), GoSystem (Thomson Reuters), ProSystem fx (CCH), TaxWise (CCH) and UltraTax CS (Thomson Reuters). Intuit says it may introduce a type of portal into its professional tax software product lineup; as of this writing, Drake was expected to provide client portals for its payroll customers starting in January and was considering introducing such an offering into its tax software in the future.

While some portals simply provide a place for online storage and exchange, others, like those offered by Thomson, provide the ability to send invoices to clients and collect credit card payments. CCH plans to deliver additional functionality through its portal in the future, including financial calculators, client newsletters and tax guides.

Portals aren’t new—at least not to Thomson or CCH—but both vendors launched new versions of their products in the fall that they said drew increased interest, even before they went on the market.

This is the eighth year Thomson has offered portals. About 2,800 firms were using roughly 300,000 NetClient CS portals for UltraTax (cs.thomsonreuters.com/portals) as of November. At that time, CCH had licensed roughly 100,000 of its ProSystem fx Portals, (tax.cchgroup.com/Portal/default), a stand-alone portal replacing the former Document Client Portal, which 300 firms had been using since 2005. CCH presold the stand-alone version to an additional 200 firms prior to the Oct. 31 release.

Some attendees at the separate CCH and Thomson user conferences in the fall expressed concern over how to justify the cost. Both vendors are selling the service in bulk with CCH’s portals starting at $1,250 a year for 500 portals and 10 gigabytes of total storage and Thomson’s starting at $175 per month ($2,100 annually) for 1,000 portals with 500 megabytes of storage per portal.

While some CPAs suggested charging a small fee for the additional service or including it in a “technology fee” charged to clients, others said the time saved copying and mailing or faxing those files to clients and the peace of mind of not having to worry about potential security breaches is well worth the cost of a portal.

Randy Crews, CPA, started using Thomson’s NetClient portals in his three-person firm in McAllen, Texas, over the summer. With about 400 clients, Crews’ firm can’t use all 1,000 portals that come in the basic package. But he said he’s saved much more in time alone than the $175 a month he pays for the service.

“My whole year is (consumed by) constantly making copies of things for people. It’s not even the five minutes to make a copy, but pulling the file out, running the copy, stamping ‘copy’ on it, and (talking to clients) when they come over, and that takes the most amount of time,” he said. “Now I make a PDF file, and it’s online, and they can get it as often as they want. I spend two minutes doing that, and I can spend my time on other things.”

What’s lost in face time with clients may be gained in customer satisfaction with fast access to documents. Crews said he picked up 15 to 20 new clients in four months just from his current clients bragging about the service. And because they were business clients who wanted their financial statements to be placed in the portal, the new business amounts to a recurring monthly revenue stream.

Crews says he won’t force anyone to move to the digital environment or invest time setting up portals for those who don’t want them. But now, when a client asks him to fax something or wants to stop by to pick up copies, he suggests putting the documents online instead, and most clients seem to like the idea.

Security was a principal reason that Barry C. Brown, CPA, director of technology at Moore Stephens Tiller LLC, signed up his four-office, 150-employee Georgia firm for portals to help handle its roughly 6,000 returns.

For three or four years, the firm has burned copies of returns to CDs for clients while trying to move to a “less-paper” environment, but six months down the road, clients inevitably would call, asking the firm to send a copy to their banker or directly to them.

“The CDs were a nice in-between electronic format for clients to print as many copies as they need, but it’s one thing they could easily misplace,” Brown said. The same holds true for the thumb drives the firm was sending via FedEx to move around large QuickBooks files that were too big for e-mail. “You’re talking about days of waiting to get something, and the thumb drive is so small you’re trying to keep up with where it is. With a portal, it takes a couple minutes to upload a 100-meg file, but that’s nothing.”

Moore Stephens Tiller initially invested $1,250 for CCH’s 500-portal package, but Brown anticipated increasing that number come tax season and was considering doing an e-mail blast to clients telling them the service is available if they want it.

Accountants are also informing clients about the portals by including them in engagement letters.

Last tax season, Glenn Hanner, CPA/CITP, whose 15-person Dallas area firm Hanner & Associates serves 950 individual clients and 350 business entities, asked clients to initial a box if they wanted a copy of their tax return sent to the portal, and about 30% did so. But keeping up with which returns to upload was cumbersome. When he sends out the engagement letters this season, Hanner plans to have them initial it only if they don’t want to use the portal, in hopes that more people will migrate. Business clients, in particular, have provided him positive feedback about no longer having to find a place to store hard copies of their bulky corporate returns because they can opt not to print them.

Alternatives are available for accountants who only want to experiment with a few portals without the upfront cost, however. Two such products include LeapFILE (leapfile.com) and ShareFile (sharefile.com). Both offer 128-bit encryption and provide details about the security of their data centers on their respective Web sites (see sidebar, “Security Highlights,” below).

“CPAs are asking whether there is a smarter, more secure way to exchange files rather than attaching them to e-mail. The time has arrived,” says David Cieslak, CPA/CITP, a principal at Simi Valley, Calif.-based computer consulting firm Arxis Technology Inc.

Cieslak uses LeapFILE at his company. It notifies clients via e-mail that documents are posted through a branded portal.

“It looks like an extension of our company, but I don’t have to maintain these repositories,” he said. “It can take the place of an FTP site as a pseudo file library.”

Regardless of which product accountants invest in, those who have done so believe that portals will soon become an expected service similar to online banking, but it may give them a competitive edge now.

“(At banks), it’s a standard feature. You open a checking account, and you could get an online account,” Crews said. “There’s going to come a day when it’s forced on us and it will be expected. I’d rather be there already than trying to catch up. I’ll reap the benefits now.”

When selecting a portal vendor, some of the security-related criteria to keep in mind include:

The following are links to information offered by the various vendors about the security of their portals and data centers where that information resides:

Tech Talk is a column by JofA Senior Editor Alexandra DeFelice about how accountants are using technology to improve their businesses. To comment on this article or to suggest a column idea, contact her at adefelice@aicpa.org or 212-596-6122.