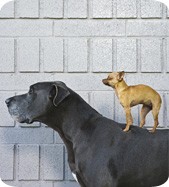 Larger companies should be aware there’s something for them, too, in the Small Business Jobs Act of 2010 (PL 111-240). Perhaps because of the name of the law enacted Sept. 27, larger businesses might not be aware of a potentially valuable provision that could apply to them: for tax years beginning in 2010, an extended carryback period for general business credits and the ability to use those credits to offset both regular tax and alternative minimum tax (AMT) liability. In fact, even though this provision is termed one for “eligible small businesses,” its eligibility ceiling is sufficiently high that most businesses meet it: $50 million in average annual gross receipts for the previous three tax years (IRC § 38(c)(5)(C), as amended by the act).

Also for tax years beginning in 2010, the section 179 expensing limit is expanded in a way that could benefit more and larger businesses than before. The limit is doubled from $250,000 to $500,000 in cost of property placed in service in 2010 or 2011 tax years and its phaseout threshold increased from $800,000 to $2 million in property cost. The type of property qualifying for expensing, moreover, is widened to include certain real property. In addition, the act extended 50% bonus depreciation for 2010 tax years (and through 2011, for certain long-lived property). For a more complete description of the act’s provisions, see “Highlights of the Small Business Stimulus Act” on page 26.

In this article we analyze the potential effects and interactions of these provisions, evaluate their primary tax benefits and provide guidance on claiming and maximizing them. Finally, we address the impacts from claiming these benefits per the requirements of FASB Accounting Standards Codification (ASC) Topic 740, Income Taxes, including those of ASC 740-10 (formerly FIN 48) in accounting for income tax uncertainty.

The act defines an “eligible small business” (ESB) as a partnership, sole proprietorship or privately held corporation where average annual U.S. gross receipts of the three preceding tax years does not exceed $50 million. It appears that 99.9% of U.S. businesses would have qualified as a small business, as defined by the act, in 2003, the most recent year for which the IRS Statistics of Income’s “Integrated Business Data” studies are available (tinyurl.com/2fepntt). Many client companies in our practice in Silicon Valley that typically generate gross receipts in excess of $50 million did not do so on average over the past three years, because of the economic downturn during that period. Conversely, several of our clients expanded operations over this three-year period such that, even though gross receipts for 2010 (or earlier) exceed $50 million, on average over the prior three years, gross receipts fell below that threshold.

Larger businesses may already have been subject to the latter test, since the limitation amount is the greater of the two. Under section 39(a)(4) as amended by the act, these “ESB credits” may be carried back to each of the five preceding tax years (otherwise, general business credits may be carried back one year).

The potential total benefit from the act’s provisions for a company’s 2010 federal income tax liability is quite attractive, as described in the following example:

During 2010, Company A purchased and placed into service $1 million of qualified capital expenditures with a five-year class life. Company A would first apply the increased section 179 immediate expense deduction of $500,000 (no phaseout would apply, because this amount falls below the new $2 million threshold). Fifty percent bonus depreciation would be applied to the remaining $500,000 of capital expenditures, resulting in an immediate expense deduction of $250,000 plus an additional one year’s worth of depreciation on the remaining $250,000 ($50,000, assuming a half-year convention). Therefore, Company A would receive a 2010 total expense deduction on its $1 million of qualified capital expenditures equal to $800,000 ($500,000 + $250,000 + $50,000), resulting in almost all its depreciation expense deductions for the purchase being front-loaded to 2010. This reduction in federal taxable income generally could also result in lower state income taxes to the extent the state begins its taxable income calculation with federal taxable income. However, due to state deficits, state conformity to this federal legislation is expected to be low.

In addition to its $800,000 depreciation expense deduction, Company A also generates $100,000 of federal general business credits during 2010, $50,000 of which it uses to offset AMT per new laws established for 2010 under the act. Company A may now carry back the remaining $50,000 of general business credits generated during 2010 to offset any federal tax liabilities from the prior five years (2005 through 2009). Therefore, Company A receives a dollar-for-dollar additional tax benefit of $100,000, which represents the 2010 AMT offset and credit carryback that under prior tax law would not be available.

Loss companies with a full valuation allowance. When a loss company with a full valuation allowance claims the act’s beneficial depreciation, the income tax accounting will result in an increase to the deferred tax asset (DTA) associated with the federal net operating loss, along with a decrease in the DTA related to fixed assets. This result reflects the net effect of claiming the beneficial depreciation, which is merely a timing difference.

The generation of 2010 credits, in this case, results in an immediate tax benefit to the income statement (that is, a debit to DTA and a credit to tax benefit). Upon monetization of the 2010 credits, there will be only balance sheet impact, that is, the establishment of a tax receivable, along with a write-off of the previously recorded DTA.

Profitable companies with a full (or partial) valuation allowance. These companies present a more complex case than the two previously described. In this scenario, it becomes important to evaluate whether any existing valuation allowance established on general business credits (due to restrictions on their utilization under prior law) should be reduced or removed, because of the act’s new opportunities to utilize the associated DTAs. If so, a deferred tax benefit would be claimed for any reversal of valuation allowance on the general business credit DTA.

Claiming the depreciation benefits will, in this case, result in an income statement tax benefit from the reduction of current tax expense due to the front-loaded depreciation deductions; however, there is no corresponding deferred tax impact as DTAs and the corresponding valuation allowance are reduced to reflect the reduced tax basis in the underlying fixed assets.

Generating 2010 credits will simply result in an increase to DTAs and corresponding valuation allowance without income statement impact. However, once the 2010 credits are monetized by offsetting current-year or prior-year taxes, the result will be an income statement benefit for the reduction in current tax expense, along with the establishment of a tax receivable (or reduced 2010 taxes payable).

Federal research credit expiration. One of the more popular federal general business credits, the section 41 credit for increasing research activities, expired at the end of 2009. For the credit to be monetized by applying the act’s guidelines, the credit must be reinstated retroactively to the beginning of 2010.

President Barack Obama divulged a proposal to expand and permanently extend the federal research credit. A similar proposal introduced in 2009, the GROWTH Act (S 1203), is under congressional consideration as of this writing, and another temporary extension is included in a revised “extenders” package introduced in mid-September (the Job Creation and Tax Cuts Act of 2010, S 3793). It is unclear at this writing whether any of these proposals can pass in the short time remaining in the 111th Congress. If none does, there is no year 2010 ASC 740 impact related to the expired federal research credit. Any potential tax benefits would be recorded in the period in which the federal research credit extension occurs.

A company must evaluate its income tax positions for uncertainty on both an interim and annual basis, recording necessary reserves accordingly and properly disclosing related liabilities and unrecognized tax benefits in quarterly and year-end financial statements.

Uncertain tax positions related to the act typically fall into two categories: (1) whether the underlying fixed assets driving the beneficial depreciation are qualified (for example, whether the definitional requirements for qualified software and leasehold improvements are met) and (2) whether the rules surrounding monetization of the 2010 general business credits have been correctly interpreted and applied. The general business credits have the added uncertainty of whether the credits themselves have been accurately calculated and are supported by sufficient documentation. For example, ASC 740-10 reserves are often established for the federal research credit due to uncertainty regarding qualification of research expenses and sufficient supporting documentation.

A profitable company claiming the depreciation benefits typically will record an ASC 740-10 liability only for interest related to the uncertain tax position, as the benefit represents only a timing difference. On the other hand, profitable companies monetizing a general business credit will record an ASC 740-10 liability for both the tax receivable and interest once the refund is received.

The general business credit provisions of the Small Business Jobs Act of 2010 (PL 111-240) are designated for “eligible small businesses” (ESBs), but with an outsized eligibility ceiling: $50 million in average annual gross receipts in the preceding three tax years.

Other provisions of the Small Business Jobs Act may also be attractive to a wider range of businesses than before, especially when combined with the ESB credits. These include expanded expensing of capital property placed in service in 2010 and 2011 under IRC § 179 and an extension for 2010 of bonus depreciation.

For financial accounting, loss companies with a full valuation allowance will record an increase to their deferred tax asset (DTA) account when they claim the act’s greater depreciation provisions. Profitable companies without a valuation allowance will record a timing difference in which current tax expense and taxes payable are reduced and deferred tax expense increased, with a corresponding DTA reduction.

Accounting for uncertainty in tax positions under ASC 740-10 (FIN 48) requires determining whether the rules for general business credits have been accurately interpreted and applied.

Go to aicpalearning.org to access courses. Click on “On-Site Training” then search by “Acronym Index.” If you need assistance, please contact a training representative at 800-634-6780 (option 1).