Revenue procedure 98-12 provides a uniform set of correction principles that clarify the use of EPCRS. It also ensures that EPCRS is consistently administered. The new procedure has a graduated sanction schedule that takes into account the nature, extent and severity of the violation. The administrative programs that were consolidated into EPCRS include

Observation. The IRS has exacted hefty monetary penalties from sponsors whose plans did not comply with the extensive legislative and regulatory qualification rules. EPCRS brings needed clarity to the self-correction process and provides for more reasonable sanctions. Plan sponsors and their advisers should familiarize themselves with the programs that fall under the EPCRS umbrella.

Individuals can incorporate an ongoing business tax-free, according to IRC section 351. For example, if a sole proprietor whose assets have a fair market value of $600,000 and a basis of $200,000 wants to incorporate his business, the $400,000 gain would not be recognized. However, according to IRC section 357(c), gain must be recognized immediately if liabilities assumed by the corporation exceed the basis of the transferred assets. The taxpayer in the above example would owe taxes on the $150,000 gain if the assets were subject to a $350,000 mortgage.

In order to avoid this gain, CPAs generally advise clients to contribute additional cash of $150,000 or to pay off $150,000 of the debt prior to incorporation. Now, according to Peracchi v. Commissioner (CA-9, 4/29/98), there is an easier way to avoid recognizing gain.

In 1989, Donald Peracchi transferred two parcels of real estate with a basis of $981,400 to NAC, his wholly owned corporation. The assets were encumbered by $1.5 million in liabilities. To avoid recognition of gain on the excess of debt over basis, Peracchi issued an unsecured promissory note, agreeing to pay NAC $1,060,000 over a term of ten years at 11% interest.

The IRS determined that Peracchi realized a gain on the transfer, asserting that the note was not genuine indebtedness under IRC section 357(c)(1) because Peracchi incurred no cost in issuing the note to NAC. According to the IRS, the basis in the note was zero. However, Judge Alex Kozinski said it was more important to determine whether Peracchi had any basis in the note. If so, then he had contributed property with a basis exceeding liabilities and no gain would be recognized.

The court concluded that the note was genuine because

Peracchi also put himself at economic risk by transferring the note to NAC. If NAC filed for bankruptcy, its creditors could enforce the note as an unliquidated asset of NAC. The court ruled that if the risk of bankruptcy was significant and the taxpayer was financially capable of making future payments on the note then the shareholders should get a basis in the note. The court found that NAC's risk of bankruptcy was significant and ruled in favor of Peracchi. Thus, he was not required to recognize any gain on the transfer.

Observation : If a taxpayer recognizes a gain under IRC section 357(c), the taxpayer's stock basis generally is reduced to zero. This creates a major problem for subchapter S shareholders. Under IRC section 1366(d)(1), an S shareholder can deduct corporate losses only to the extent of his or her stock or debt basis. The Peracchi decision now allows certain creditworthy S corporation shareholders to get additional basis in their S stock simply by issuing an unsecured promissory note to the corporation.

The Internal Revenue Code (IRC) helps taxpayers who suffer net operating losses (NOLs) by allowing the carryback and carryforward of such losses to offset other years' taxable income. The Taxpayer Relief Act of 1997 amended IRC Section 172(b) governing the carryback/carryforward provision for NOLs. It shortened the carryback to 2 years from 3 and increased the carryforward period to 20 years from 15. However, the three-year carryback period was not changed for NOLs attributed to individual casualty or theft losses or presidentially declared disaster area losses of small businesses or farming operations.

The IRS released the inflation-adjusted limitations on the depreciation of 1998 luxury and electric cars. Revenue procedure 98-30 also includes the income inclusion amounts for business cars first leased in 1998 and the maximum value of employer-provided autos for which the vehicle cents-per-mile valuation rule applies.

The inclusion amounts for leased autos are essentially the same as for 1997. The inflation-adjusted figure for computing the cents-per-mile valuation is $15,600, down $100 from 1997.


Sale of Residence by Bankruptcy Estate

The Tax Reform Act of 1997 significantly changed the taxation of the sale of a personal residence. Under the new law, taxpayers can exclude up to $250,000 ($500,000 on a joint return) of the gain on the sale of a home they have used as a principal residence for two out of the last five years. Since the law refers to use by a "taxpayer," a question arises: Can an entity take advantage of this exclusion?

Luciano Popa filed a petition under chapter 7 of the U.S. Bankruptcy Code. Later, he petitioned the Bankruptcy Court asking that the bankruptcy estate be given permission to "abandon" Popa's residence on the grounds that he had no equity in the property. Although the value of the house exceeded the outstanding mortgage, Popa asserted the value would be zero if the gain resulting from a sale were taxable. The bankruptcy trustees argued the gain from the sale was nontaxable under the newly enacted IRC section 121 and, therefore, the estate should not release the residence.

Result : The bankruptcy estate is entitled to use section 121. The availability of the old section 121, which excluded the gain on the sale of a residence by a taxpayer over age 55 to a bankruptcy estate, was previously considered in In re Mehr and In re Barden . In both cases, the Bankruptcy Court concluded the estate could not take advantage of section 121. In Popa, however, the court refused to follow the prior cases for two reasons.

Given the change in the law from a tax deferral provision to an exclusion provision, it is uncertain whether the courts will follow the prior liberal interpretation of the old law under the new law. In this early decision, the answer appears to be yes. If other courts follow, taxpayers have been given major tax relief on the sale of their residence.

Valuing stock in a closely held corporation is always difficult for CPAs. If the owner sells the stock shortly after the valuation date, questions frequently arise as to the impact that sale has on the stock's value.

Eric Saltzman transferred closely held stock he owned to an irrevocable trust. Saltzman served as co-trustee of the trust and was also a director of the company whose stock he transferred. After the transfer, the corporation recapitalized and exchanged the trust's common stock for preferred stock. The IRS argued that the preferred stock was worth less than the common stock, resulting in a gift. The IRS valued the gift based on a sale that occurred 7 months after the recapitalization. Saltzman claimed no gift had occurred and that, if one had taken place, the IRS valued the stock incorrectly by referring to the subsequent sale.

Result : For the taxpayer. The Second Circuit Court of Appeals decided the Tax Court erred in finding a gift because, under New York law, the trustee could claim the proceeds. The court also ruled that, even if there was a gift, the valuation was wrong. The general rule is that property is to be valued at the time of the gift or transfer, without reference to subsequent events. An exception allows reference to subsequent events only if nothing occurs between the valuation date and the subsequent event to affect the value. For this exception to apply, the subsequent event must be reasonably foreseeable at the time the stock is valued. If the event is not foreseeable, it cannot be considered. The fact that the event makes the prior valuation inaccurate is immaterial. The Second Circuit said the sale was not foreseeable and thus the Tax Court should not have considered it.

Although the stock was sold to an unrelated corporation, the court concluded the transaction was not at arm's length because the purchaser was compelled to buy. As a result, the price was inflated and did not represent true fair market value. Normally, sales to unrelated parties are considered to be at arm's length. The court did not explain its reason for concluding that a compulsion existed, and relevant documents are sealed. 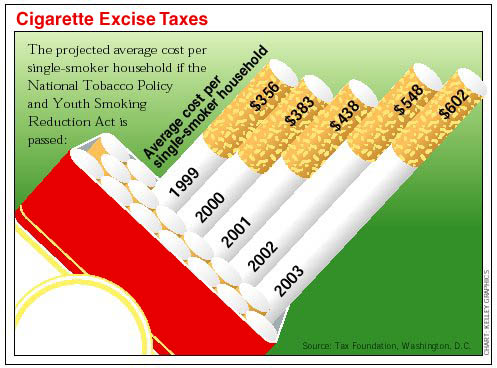