Try these ideas to hold students’ interest during lectures with slides.

It may sound spiritual, but the “conference prayer” is not actually a moment that inspires much faith. According to seasoned presenter Peter Margaritis, CPA, it might be just the opposite.

“The ‘conference prayer’ is when a speaker looks out at their audience and feels as if they’re on a pulpit instead of a stage because all the audience members have their heads bowed as if they’re in prayer (because they’re reading their email or checking social media),” Margaritis wrote in his 2018 book Taking the Numb Out of Numbers: Explaining and Presenting Financial Information with Confidence and Clarity.

There are many reasons a presenter starts to lose an audience, but a lackluster PowerPoint doesn’t have to be one of them. According to Margaritis and accounting professors who frequently use PowerPoint in their work, instructors can use a number of easy strategies to make dense and text-heavy content more engaging to students. Here are a few of them:

Put your audience first. Misjudging what the audience needs to know is one of the most common mistakes people make in their presentations, Margaritis said. Too often, he observed, presenters are focused on the information and aren’t thinking about the people they’re trying to communicate it to, so they may “cram facts, data, and bullet points into the presentation because they feel that this is what the audience wants.”

Instead, he suggested, appeal to your audience by finding a way to tell them a story — even if the information you’re presenting is very technical. One idea he recommends is to use metaphors or analogies to explain complicated ideas — such as the time he explained variable interest entities by describing them as an unwelcome relative.

Use fewer words. Even when presenters prioritize the needs of their audience, the volume of information they include on each slide is often still too much, said Lynette I. Wood, CPA, Ph.D., associate professor of accounting at Winston-Salem State University in North Carolina. She suggests using brief phrases rather than complete sentences.

A tactic Velina Popova, Ph.D., assistant professor of accounting at Kennesaw State University in Georgia, recommends is to put only your main ideas on the slides and present the details verbally as you lecture. That keeps students from reading the slides while you’re explaining something — and perhaps missing the point you’re trying to make, she said.

Use visuals to represent big ideas. One of Margaritis’s key recommendations is to think of PowerPoint as “an aid in your presentation and not a crutch.” Most of the time, he said, his slides contain a single picture that summarizes the point he’s making and helps spark discussion.

Generally, it’s best to use photos that have been labeled free to share and use. Margaritis suggests using tools within the Google Images search function to sort photos by usage rights (see below). For royalty-free photos, Popova and Wood use sources such as pixabay.com. 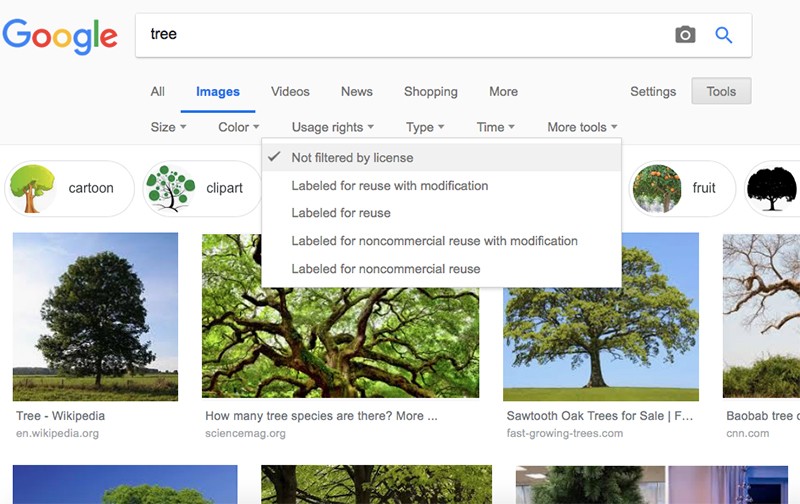 Foster conversations. Today’s audiences don’t want just to be talked at — they want to be a part of the experience, Margaritis said. “They want to have a two-way conversation,” he said.

To help keep students engaged, Popova recommends using tools that allow them to interact. She uses PollEverywhere to survey her students and create word clouds in real time that allow her to gauge whether they are understanding the content. Colleagues use similar interactive tools for presentations, such as Socrative and Mentimeter, she said.

To encourage conversation, Margaritis allows the audience some time to process what they’ve heard so far through an approach known as QRS: question, response, share. (He credits David Brobeck of Walsh University in Canton, Ohio, with the QRS strategy. Faculty may also know it as the “think, pair, share” technique).

“I will post a question, have them reflect on the issue for 30 seconds, and then spend two to three minutes sharing their thoughts with their partners,” he said.

This approach makes an audience more likely to interact with you, he said, “because it gives them time to reflect on the question and share their thoughts to validate their thinking before sharing with the entire class.”

Be prepared for questions and tangents. It takes effort to give an engaging presentation and keep track of time, all while standing in front of dozens of people. The key is lots of practice, Popova said.

“Over the years I have learned to get back on topic if distraction is presented by knowing which slides I could skip if someone takes me off course,” she said, “and to be flexible enough to skip those ‘disposable’ slides without hurting my main point.”

Having that flexibility in the presentation actually seems key to fostering discussion and learning, Margaritis said. He allows audiences to go off on tangents if they prove productive. “We need to give the audience the latitude to veer off the stated course the instructor has set, to open their curiosity and begin to explore,” he said.

Samiha Khanna is a freelance writer based in North Carolina. To comment on this article or to suggest an idea for another article, contact senior editor Courtney Vien at Courtney.Vien@aicpa-cima.com.