CPA vanity license plates that will make you smile

Accountants show their creative side.

CPAs are often an ingenious bunch. Case in point: We tapped accountants in a dozen states to find out why they chose vanity license plates for their vehicles, which clever words or numbers (or both) they chose, and what kind of responses they’ve received from colleagues and others. Here are their replies: 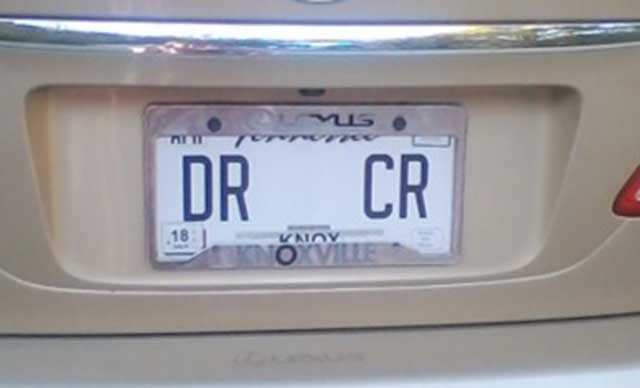 DR CR. Doug Arnold, CPA, a principal with Pershing Yoakley & Associates PC in Knoxville, Tenn., chose this debit- and credit-inspired license plate in 1985 when Tennessee first made vanity plates available. Arnold said some people get confused when they read the plate on his Lexus ES 350, but most people love it. “People think it means ‘doctor,’” he said. “I’ve been pulled over for a speeding ticket and asked if I’m on the way to the hospital.” 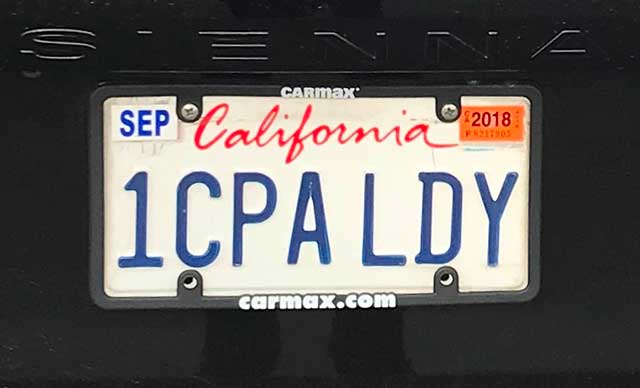 1CPALDY. Sole proprietor Karina Alvarez, CPA, set up shop several years ago in El Centro, Calif., east of San Diego and close to the Mexican border. To help people locate her then-home-based office and see where her car was parked, she acquired the license plate 1CPALDY (LDY stands for “Lady”), which she still displays on her black Toyota Sienna minivan. “My license plate has always been my biggest advertising tool,” she said. “It was such a journey to become a CPA. I’m so proud of it.” 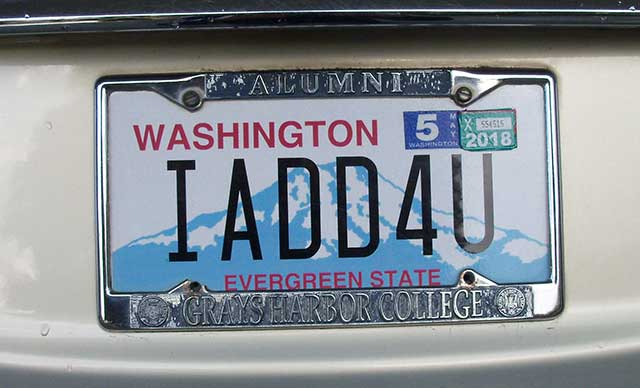 IADD4U. Eighty-four-year-old Harold Warren, CPA (inactive), former partner at Aiken & Sanders in Aberdeen, Wash., drives a Subaru Outback and still comes to work daily to volunteer his time. He acquired his vanity license plate about 20 years ago, during the prime of his accounting career. “That’s what I do — I add for you,” he quipped. The responses to his plate have varied. “I had one guy look at it and say, ‘So you’re a math teacher,’” Warren said. 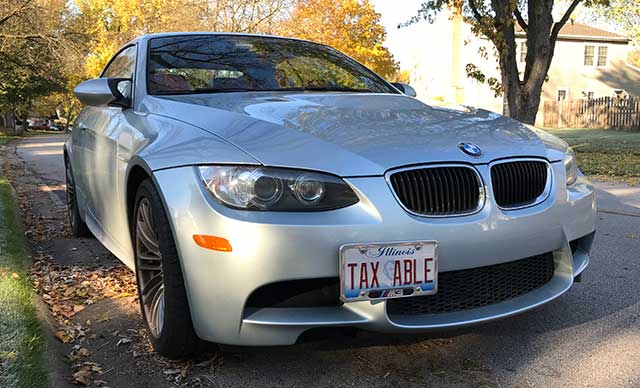 TAX ABLE. Andrew Klemens, CPA, a partner at BKD LLP in Oakbrook Terrace, Ill., loves cars in general, and his BMW M3 convertible in particular, and he “wanted to do something fun,” he said. So about five years ago he chose an apt plate for his profession. His ideas that included “CPA” were not available, so “TAX ABLE” was the next natural fit. Klemens recently met a potential business client at the gas pump, where the owner of a trucking company was admiring his license plate. “I have since spoken with him and am working to set an introductory meeting,” he noted. 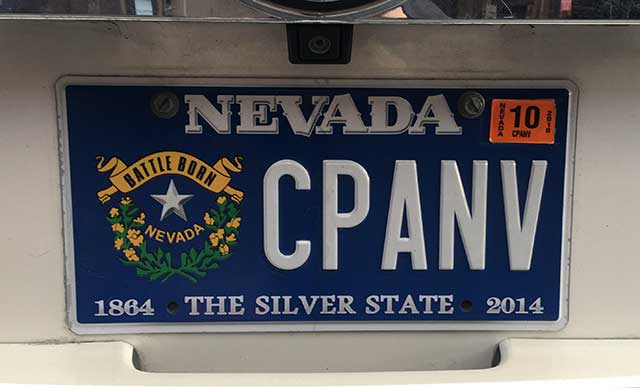 CPA NV. Erin Jones, CPA, controller at NSM Construction in Truckee, Calif., lives in nearby Reno, Nev., and like many others chose a vanity plate for her Cadillac Escalade because she’s proud to be in the profession. “It’s not an easy task to become a CPA,” she said. “My dad is a CPA as well, and I wanted to show it off because I worked so hard to get there.” 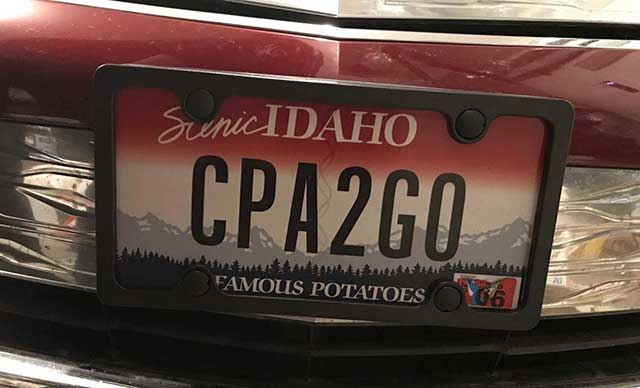 CPA2GO. CPAs are busy people, but that’s almost an understatement for Daria Brown, CPA, at Fruci & Associates in Spokane, Wash. She lives across the state border in a small Idaho town, works full time, and has five soccer-playing boys. She chose her Idaho plate for her economical Chevrolet Volt because it adds to her personal brand and because, she said, “I’m always on the go between work and family. My car is not parked in the garage very often.” 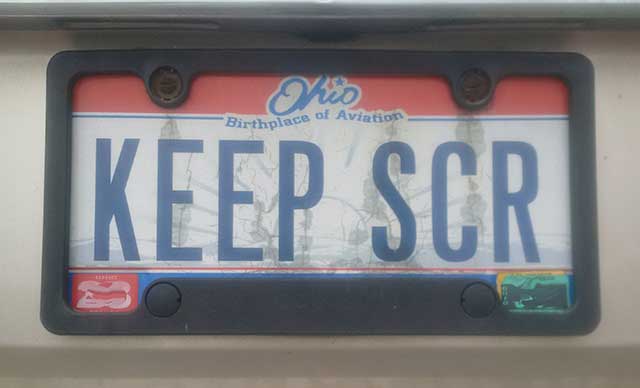 KEEP SCR. This combination reflects “Keeping Score Inc.,” a tax and business advisory services firm in the Cleveland, Ohio, area founded by Michael Bohinc, CPA, CGMA. The firm melds two of Bohinc’s biggest passions — accounting and baseball — and he uses sports analogies to help his clients understand accounting and taxes. “I explain the importance of ‘keeping score’ in your business and that it’s like keeping score in baseball, football, basketball, golf,” he said. Bohinc acquired the plate for his Toyota Camry to help promote his business. 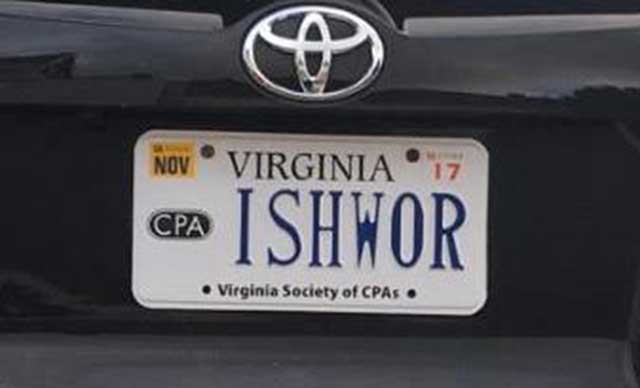 ISHWOR. Nepal native Ishwor Adhikari, CPA, controller for Human Touch Home Health in Falls Church, Va., put his first name on his license plate but enhanced the plate with a “CPA” logo and the “Virginia Society of CPAs” Name. He’s had the plate on his Toyota RAV4 for about three months and considers it a way to highlight his profession and the hard work he put in to prepare for the CPA exam. “It’s on display,” he said. 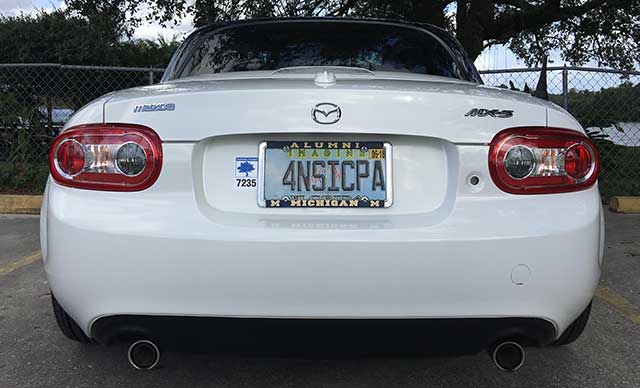 4NSICPA. Jonathan Gorman, CPA/ABV/CFF, CGMA, senior managing director and owner of Florida Accounting & Litigation Services in Maitland, Fla., became a CPA in 1990 and now focuses on forensic accounting and business valuations. He’s had vanity plates for years, but his current plate, which he displays on his Mazda Miata convertible, underscores his forensic work. “All of my vanity plates have been variations of alphanumeric puns,” he said. 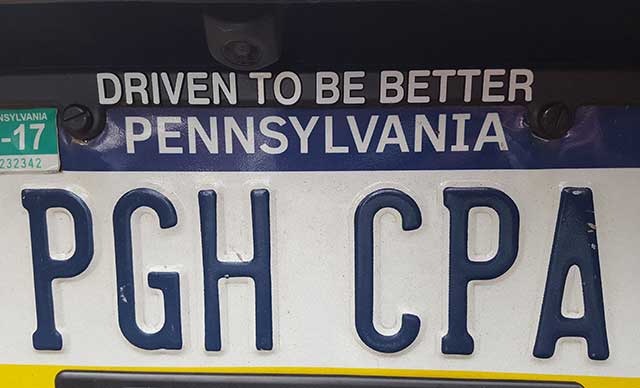 PGH CPA. Sole practitioner William L. Stunkel, CPA, of Stunkel Tax & Accounting PC in Pittsburgh, couldn’t miss the chance to flaunt not only his profession but also his beloved city (PGH), on his Toyota Corolla. Stunkel said creating his license plate was a “fun process.” “I’m only 35 and love what I do, and am proud of being a CPA,” he said. 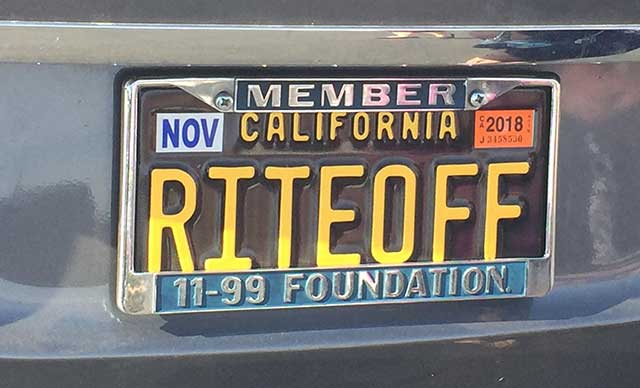 RITEOFF. Nic Waldenmayer, CPA, CGMA, senior tax manager at HMWC CPAs & Business Advisors in Tustin, Calif., and his wife, Heather Waldenmayer, CPA, CGMA, vice president and corporate controller at SCS Engineers in nearby Long Beach, met years ago in public accounting. They recently bought a new Mercedes-Benz GLE 350 SUV, and they decided to get a vanity plate for fun. Nic drives the vehicle most of the time. “I don’t use it as an advertisement piece,” he said. “It’s more just for my entertainment, and it gives our friends a laugh.” 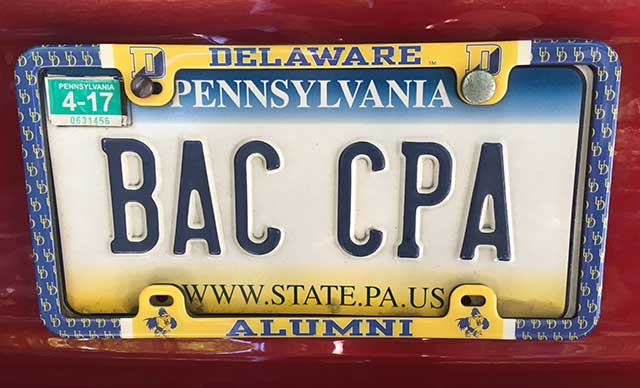 BAC CPA. Barry A. Crozier, CPA, CGMA, a director at Belfint, Lyons & Shuman with offices in Wilmington, Del., and West Chester, Pa., acquired this Pennsylvania vanity plate (which includes his initials) because “one of the proudest moments of my life was when I became a CPA,” he said. He’s received some general inquiries about his plate, and he said friends, bankers, and clients now recognize his car, a Lexus RX 450h. 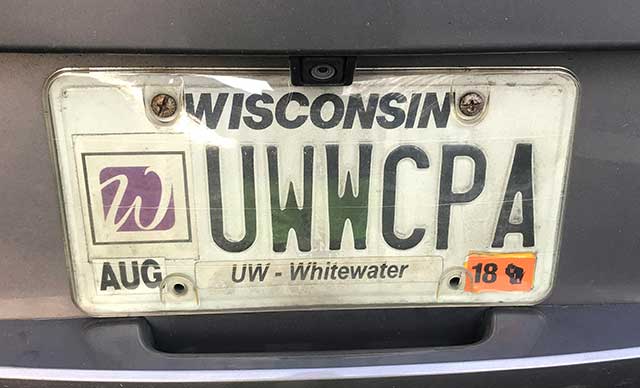 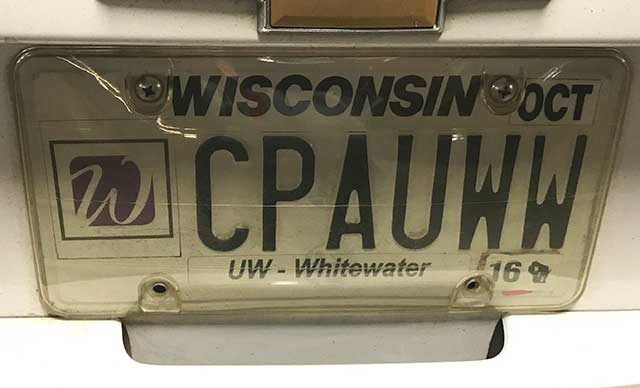 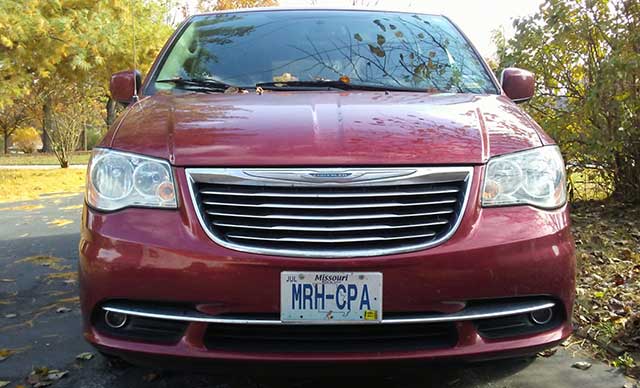 MRH-CPA. Michael R. Hammond, CPA, a consultant and senior instructor of accounting at Missouri State University in Springfield, Mo., bought his vanity plate over 10 years ago, and he chose to tout his initials with his CPA designation on his Chrysler Town & Country van. “It’s a good profession, and I am very proud to be a part of it,” he said. “This is something we should publicize.”

Cheryl Meyer is a California-based freelance writer. To comment on this article or to suggest an idea for another article, contact Chris Baysden, senior manager of newsletters at the Association of International Certified Professional Accountants.