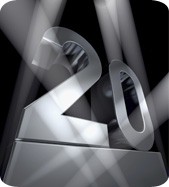 We tallied the traffic on journalofaccountancy.com to determine 2012’s most popular JofA articles and news coverage. Use the lists below to catch up on important news and professional developments you may have missed in the past year, and to get practical tips from print articles.

Here are the most popular feature articles of 2012 from the JofA’s monthly print edition beginning with the most recent:

“Criminal Minds: What CPAs Can Learn From the Way Thieves Think,” Aug. 2012
by Jeff Drew

“The Basics of S Corporation Stock Basis,” Jan. 2012
by Meredith A. Menden, CPA

Of the 410 news stories published exclusively on journalofaccountancy.com in 2012, here are the top 10 most popular beginning with the most recent story: