FASB on Wednesday issued a much anticipated exposure draft intended to improve accounting for financial instruments.

Among other changes under the proposed Accounting Standards Update (ASU), financial statements would incorporate both amortized cost and fair value information about financial instruments held for collection or payment of cash flows.

The proposal also aims at providing more timely information on anticipated credit losses to financial statement users by removing the “probable” threshold for recognizing credit losses . It seeks to better portray the results of asset-liability management activities at financial institutions.

“Today, there also is arguably too high a threshold before an entity is required to record credit impairments resulting in a delayed recognition of losses, while complex hedging requirements produce reported results that lack transparency and consistency,” FASB said in a briefing document accompanying the ASU’s release.

FASB also noted that the impact the proposals would have on a given entity would depend on the extent financial instruments play in the entity’s operations and financial position. “For example, a large bank that presents a large number of financial assets at amortized cost will be the most affected,” the briefing paper said. “Non-banks likely will be least impacted.”

FASB is projecting that the new rules would take effect in 2013.

To minimize the impact of the changes on smaller and community banks, non-public entities with less than $1 billion in total consolidated assets would be allowed a four-year deferral beyond the effective date from certain requirements relating to loan s and core deposit s. This deferral would apply to nearly 90% of all U.S. banks that hold just 10% of the country’s financial assets, FASB said.

The FASB briefing document, FASB In Focus, is available here, along with a podcast featuring an in-depth audio interview with FASB C hairman Robert Herz about financial instruments.

FASB will also be hosting a live webcast on the financial instruments proposal on June 30.

Separately on Wednesday, the International Accounting Standards Board (IASB) released a summary of its Expert Advisory Panel’s discussions on the IASB impairment model released Nov. 5, 2009, in IASB exposure draft, Financial Instruments: Amortised Cost and Impairment. Comments on the IASB ED are due June 30.

The IASB has said previously that it plans to publish a request for views on FASB’s model when FASB publishes its ED. The boards plan to jointly consider the comments received on respective proposed models.

“We’re not wedded to our [impairment] model,” said IASB Chairman Sir David Tweedie in a JofA interview Tuesday. “If everyone says the FASB model is better, fine, let’s adopt it.”

The IASB also plans to publish its own exposure draft on hedging, the third part of its financial instruments project.

“I would think if FASB thinks our [hedging proposal] is better, they’ll move toward that; if they think, ‘no that’s gone too far,’ we’ll come back to where FASB was,” Tweedie said.

The key, according to Tweedie, is that “both of us are asking the others’ constituents to look at the opposite model. So this fall, we can say the world in balance thinks this is the best approach.”

FASB spokesman Neal McGarity expressed similar sentiments on Wednesday. “Although our approach in the AFI proposal is different than that of the IASB’s, we share the same goal of reaching a converged set of answers,” said McGarity. “When the feedback from both boards are collected and shared, we will work together with the IASB to come up with converged answers for financial instruments later in the year.”

In December, the AICPA’s Accounting Standards Executive Committee weighed in on FASB’s discussion of when fair value should be used to measure and record financial instruments on the balance sheet.

In a letter, AcSEC Chairman Jay Hanson said the committee favors an approach that would measure many but not all financial instruments on the balance sheet at fair value.

AcSEC “believes that the nature of a financial instrument, along with its established use in an entity’s business model, should impact the determination of whether that instrument should be measured and recorded on the balance sheet at fair value,” the letter states.  “In addition, AcSEC believes that the needs of the primary financial statement users, which may vary by the type of entity (meaning public company, private company, or not-for-profit organization), should be an important factor in determining the most meaningful measurement of financial instruments.”

The committee cited a 30-year fixed rate mortgage loan held to maturity as an example of a financial instrument that should not be measured and recorded on the balance sheet at fair value.

The committee suggested FASB should perform a user needs assessment as it moves forward.

AcSEC, now known as the Financial Reporting Executive Committee (FinREC), is a 15-member senior executive committee of the AICPA with authority to speak on accounting standards and financial reporting. The committee includes representatives from accounting firms, companies, academic and user communities. 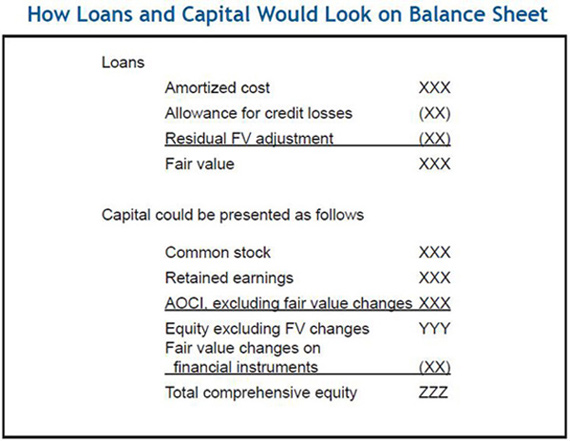 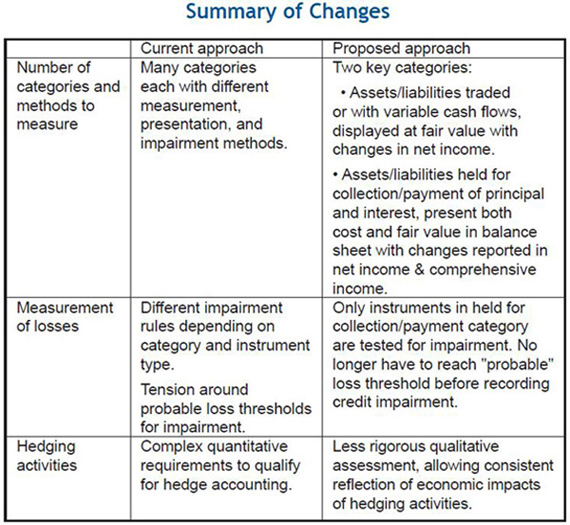