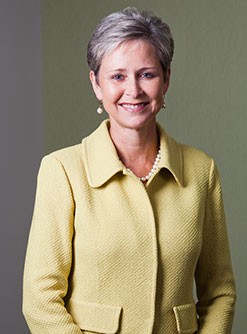 Olivia Kirtley, former chair of the AICPA and past president of the International Federation of Accountants, was named the first recipient of the American Woman's Society of CPAs (AWSCPA) Lifetime Achievement Award, which recognizes women who have demonstrated leadership and a strong record of accomplishment in furthering the advancement of women in the accounting profession.

A consultant on accounting, risk management, and governance issues, Kirtley serves on several corporate boards. She was elected chair of the AICPA board of directors in 1998. She also previously served as CFO of Vermont American, a power tool manufacturer, and began her career with the firm that later became Ernst & Young.

The award is named for the AWSCPA, a pioneering organization that transferred its name and other intellectual properties to the AICPA Women's Initiatives Executive Committee in 2017.

The AWSCPA Lifetime Achievement Award was created to recognize female leaders in the profession who have significantly contributed to furthering the advancement of women in accounting and have exemplified the highest ideals of the profession. Candidates from all segments of the profession — public accounting, business and industry, government, not-for-profit, and academia — are eligible.