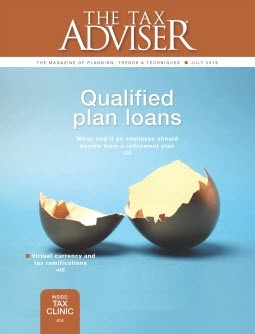 In fiscal year 2017, the IRS issued $437 billion in refunds. Almost all these refunds (98%) were issued to individual taxpayers, and this amount does not include overpayments credited to subsequent years' tax liabilities. To facilitate this volume of refund payments, the IRS has devoted a significant amount of resources to improving and maintaining its electronic filing and refund direct deposit systems. Indeed, from 2010 through 2016, the IRS spent on average $4 billion annually on operations support, including infrastructure and information systems, to ensure returns are processed efficiently and refunds are issued in a timely manner.

When these resources work as planned, a taxpayer's refund can be issued in as little as 10 days, with most refunds paid within 21 days. Tools such as "Where's My Refund?" and e-Services provide important feedback to the taxpayer to accurately set expectations for processing times. While these processes work well for many taxpayers, they do not work for all refund claims.

One explanation for a delayed refund is increased scrutiny of returns that include certain refundable tax credits. The Protecting Americans From Tax Hikes (PATH) Act of 2015, P.L. 114-113, included a provision that prevents the IRS from issuing a refund for a tax return including the earned income tax credit (EITC) or the additional child tax credit (ACTC) until Feb. 15. The effective date for this policy change was Jan. 1, 2017. Under these new provisions, the IRS may not issue the entire refund until Feb. 15 even if the refund is only partially attributable to the EITC or the ACTC.

As these refundable credits are a rich target for individuals attempting to file fraudulent returns, this mandatory delay gives the IRS more time to evaluate taxpayers' eligibility for the credit(s) before issuing the refund. During the first year of this new process, the IRS did not update "Where's My Refund?" until Feb. 18. While some taxpayers who filed their returns before this date received a projected payment date for their refunds before the update, many others received only a message that the IRS was processing their returns with no expected payment date for the refund. Once the IRS released the refunds, many taxpayers did not receive their payments until the week of Feb. 27. According to the IRS, many factors contributed to the delay, including increased processing times needed by banks and financial institutions receiving the refunds (see IRS News Release IR-2016-152).

Beyond the PATH Act policy change for certain refundable credits, another explanation for a delayed refund is IRS fraud and identity theft prevention procedures. These efforts predate the PATH Act and include security filters in tax return processing to stop suspicious refund claims. As the IRS continually evaluates and updates its processes, these procedures have become more successful. For example, between 2015 and 2016, new identity theft claims went down by 50%, representing a reduction of 275,000 claims in one year (see IRS News Release IR-2016-152).

The effectiveness of these security filters means they will be maintained and likely expanded in upcoming years. Two of the six strategic themes described in the IRS Future State initiative relate to these efforts. These themes are: (1) facilitate voluntary compliance by empowering taxpayers with secure innovative tools and support; and (2) understand noncompliant taxpayer behavior and develop approaches to deter and change it (IRS, "Future State" (2016)). In an ideal system, only fraudulent returns would be caught by the filters, and legitimate refund claims would not. However, an ideal system is an aspirational goal, and the implementation of the filters has delayed refunds for legitimate returns.

For a detailed discussion of the issues in this area, see "DC Currents: Managing Client Expectations for IRS Refunds" in the July 2018 issue of The Tax Adviser.

The Tax Adviser is the AICPA's monthly journal of tax planning, trends, and techniques. Also in the July issue: