Dealing with tax carryovers when a spouse dies 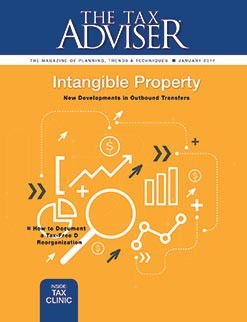 Although the increased estate tax exemption has minimized the number of taxable estates, numerous tax issues still must be addressed when a taxpayer dies. One of those is dealing with carry-overs that the taxpayer or spouse may have had at the time of his or her death. These carryovers can include net operating losses (NOLs), passive losses, charitable contributions, and myriad other deductions or credits that have not been used in prior years.

For a couple who have filed a joint return for many years, there could be several types of carryovers coming into the year in which one spouse dies. Each carryover must be allocated to each spouse.

What can a practitioner do not only to ensure that carryovers are properly allocated at death, but also to help surviving spouses best use tax carryovers that would otherwise expire? Some possible suggestions include:

Whether the death of a spouse is sudden or follows a long illness, it can be a heartbreaking time. Being aware of the rules for carryovers, knowing how they affect taxpayers, and being prepared to discuss potential tax-saving opportunities may allow the CPA to make this difficult time a bit easier for the surviving spouse and other family members.

For a detailed discussion of the issues in this area, see "Tax Practice & Procedures: Till Death Do Us Part: Dealing With Carryovers When a Spouse Dies," by Jan F. Lewis, CPA, in the January 2017 issue of The Tax Adviser.

Also in the January issue: