Expanding your app-titude: Stop robocalls to your cellphone with Nomorobo

A monthly look at apps and websites that can make the CPA’s job and life better. 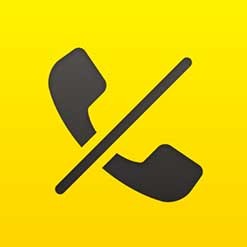 Many people claim privacy is dead, and more and more of us tend to agree. As much as some aspects of technology seem to hasten the probable demise of privacy, other aspects arise and appear to be saviors. One specific privacy threat and a related solution are the subject of this month's column—robocalls.

STOP ROBOCALLS TO YOUR CELLPHONE WITH NOMOROBO

Stopping robocalls on a landline has been fairly straightforward since the Federal Trade Commission (FTC) established the National Do Not Call Registry in 2003. Although certainly not perfect, it has significantly reduced the number of intrusive calls to traditional landlines. Cellphones, however, are being targeted by ever-increasing hordes of robodialers—even though it is illegal to make most robocalls to cellphones. The problem became so bad that at the hackers' conference DEF CON 2014, the FTC launched a contest with a $50,000 prize to the technologist who could design an app to defeat the robocallers. The winner? Aaron Foss of Brooklyn, N.Y., with his Nomorobo offering. Finally, my prayers were answered.

Nomorobo protects voice over internet protocol (VoIP) landlines and cellphones using "simultaneous ring," a technology already used in many VoIP setups, said Foss, Nomorobo's CEO, in a YouTube video explaining the product. With simultaneous ring, a user enters two or more numbers into a list. When a call comes in, all of those numbers ring simultaneously, with the first number to be answered stopping the ringing on the other numbers.

With Nomorobo, users add the Nomorobo number into their simultaneous ring list, and every incoming call to that user's list rings simultaneously on the Nomorobo server. In less than a second, Voss said, Nomorobo can analyze the call's metadata and calling pattern to determine if it's a robocall. If the call is a robocall, Nomorobo will answer and hang up, saving you the trouble. Legitimate calls are allowed to ring on your other numbers.

Nomorobo says your phone will often ring once to let you know that the robocall has been answered and stopped, but in my experience, I've been kept blissfully unaware of the formerly bothersome calls. What used to irritate me dozens of times each week has stopped. Cold. This irritation has been replaced by my new guilty pleasure—looking at my phone's "Missed Calls" log to view the list full of calls marked "Nomorobo: Robocaller."

The way Nomorobo catches illegal calls is quite intelligent. It achieves this feat by identifying spam callers based on their calling patterns. Illegal robocallers regularly change their numbers or the caller ID they're spoofing, so it's not enough to simply have a list of robocalling numbers. Nomorobo says it monitors about 200,000 numbers that carriers have flagged as generating unusually high concurrent calls. Nomorobo's algorithms also continuously search for calling patterns typical for robocalls. Once identified, the number is added to the blacklist.

If the algorithm incorrectly blocks a legal robocall, you can report the mistake on the website or in the app. Foss claims that of all blocked calls, less than one in a thousand is blocked incorrectly. The converse is true: If you receive a call that should have been blocked, you can also report that.

There are other call blockers out there, but in my experience, Nomorobo tops the list in overall effectiveness.

Greg LaFollette (greg.lafollette@hq.cpa.com) is a strategic adviser with CPA.com, the commercial subsidiary of the AICPA.