1. In my February 2015 topic "Ex-if," I indicated that smaller, self-powered, long-lasting device trackers didn't exist in the commercial marketplace, but now they do. TrackR (thetrackr.com) offers a coin-size device called TrackR Bravo that can be added to your keychain, attached to your pocketbook, slid into your wallet, glued to your smartphone, affixed to your bike, attached to your dog's collar, or strapped to other valuable items.

The accompanying TrackR app installed on your smartphone enables you to ring the device to help you audibly locate items, such as misplaced car keys. The device even employs hot or cold ring tones to guide you in the right direction. The TrackR Bravo device also works in reverse, as clicking the TrackR device makes your misplaced smartphone ring even if your phone's volume is muted. The tracking device's signal has a range of about 100 feet and a reported battery life of up to one year. However, it is TrackR's ability to leverage the smartphones of other TrackR users that is most interesting. For example, if your bike disappears, you can report its specific TrackR device as missing, which puts the entire TrackR community of tens of thousands (according to TrackR) of smartphones on alert. If the bike happens to pass within range of another TrackR user (e.g., at the corner deli), the network instantly sends you a message pinpointing the date, time, and location where your bike was last detected. The TrackR website displays a map indicating the coverage area for the TrackR network of users in the United States, and the network also works worldwide. As of July 2016, TrackR Bravo devices were available in packages of one, five, or 10 devices, with prices ranging from about $30 to about $150; the smartphone app is free.

2. In my July 2014 topic "Press Alt+P for Pizza," I criticized the pizza industry (and other industries) for not offering simplified reordering, similar to Amazon's 1-Click Ordering. I am happy to report that Domino's Pizza has introduced Zero Click ordering, which upon opening the app initiates a 10-second countdown timer before placing your previously saved Easy Order. If you don't stop the countdown, your order is placed automatically. In addition, the Domino's app now displays several previous orders that can be reordered with only a few clicks. 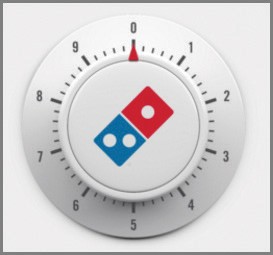 3. In my August 2015 Technology Q&A item "Google Maps: No Internet, No Problems," I explained how to download a Google map to your smartphone for use when the internet is not available, but Google now has improved offline mapping capabilities. A new menu option called Offline areas has been added, allowing you to drag a square area of your map and download it onto your smartphone. The map size is limited to about 1.5 gigabytes, which is enough to cover a large city (like Atlanta). Downloaded offline maps are still automatically deleted after 30 days, and each map now counts down to its expiration.