The latest federal budget law restricts the use of the file-and-suspend and lump-sum options. 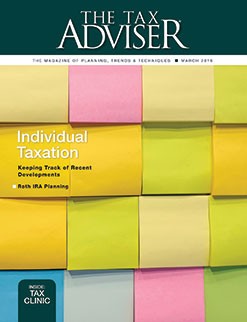 Recent changes to Social Security contained in the Bipartisan Budget Act of 2015, P.L. 114-74, signed by President Barack Obama on Nov. 2, 2015, will restrict planning opportunities for many people as they approach retirement age.

The early Baby Boomers, those born from 1946 to 1953, will be allowed for the most part to take advantage of planning opportunities that have existed since the Senior Citizens' Freedom to Work Act of 2000, P.L. 106-182. The younger cohort of the Boomer generation, those born from 1954 to 1964, and all subsequent generations, will be unable to use the planning strategies that have afforded couples some extra money in their Social Security checks. The rationale used to eliminate these planning strategies was that only the top two quintiles (40%) of earners were taking advantage of them, which meant to Congress that only the well-to-do were benefiting.

File and suspend is still part of Social Security, but it is limited to the worker only, for those 66 and younger after that date. After that, the file-and-suspend strategy will allow a worker who had started receiving benefits to suspend those benefits to accrue delayed retirement credits from that point until the worker begins benefits again, up to age 70. Suspending benefits for a worker will now suspend benefits for everyone involved, not just the worker. A spouse and/or qualifying children will be allowed to collect a Social Security benefit on a worker's record only when that worker himself or herself is actually receiving benefits.

RESTRICTED APPLICATIONS AND THE LUMP-SUM OPTION

Another change affects the ability to file a restricted application for a spousal benefit only. Previously, a married person at full retirement age (age 66 for workers currently eligible to file for their benefits) was allowed to file a restricted application with Social Security for a spousal benefit only. This allowed the married person to collect one-half of his or her spouse's benefit and defer the collection of his or her own benefit to a later date, up to age 70, accruing the 8% per year in delayed retirement credits on his or her own benefit. People who were 62 by the end of 2015 (those born in 1953 or earlier) are still allowed to file a restricted application. People born in 1954 and later will not be allowed to file for only a spousal benefit at full retirement age.

For a detailed discussion of the issues in this area, see "Personal Financial Planning: Social Security: The Hidden Changes in the Two-Year Budget Bill," by Theodore J. Sarenski, CPA/PFS, in the March 2016 issue of The Tax Adviser.

Editor's note: After the publication of this item, the Social Security Administration clarified that the last date for filing for suspension of benefits under the old rule is April 29, 2016.