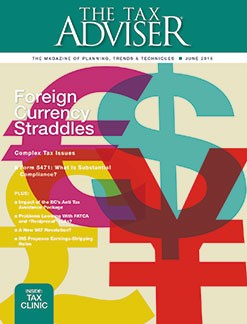 Many jurisdictions around the world now impose a value-added tax (VAT) or goods and services tax (GST), but the majority of VAT and GST laws were written before the emergence of many digital technology advances and the rise of new, potentially disruptive business models. Those laws are showing signs of age, as the rules tend not to track consumption of goods and services as well as they used to. Jurisdictions have thus started to amend their rules, focusing especially on telecommunications, broadcasting, and electronically supplied services (TBE services).

The European Union, as usual in the realm of VAT, has led the way. In 2003, the EU started requiring non-EU businesses providing TBE services to final consumers in the EU to register for and charge VAT on these sales in the recipient's country. Last year, the EU extended these rules to EU businesses providing services to EU consumers, creating an almost level playing field between EU and non-EU businesses. In the meantime, Iceland, Norway, and Switzerland have also adopted rules similar to the EU's.

Interest in the new rules did not stop in Europe, as Kenya in 2013 and Ghana in 2014 adopted rules inspired by the EU rules for remotely provided TBE services. South Africa also joined the club in 2014 when it started requiring nonresident vendors selling electronically supplied services to customers (businesses and nonbusinesses, and not only nonbusiness customers, as in other jurisdictions) to register for and collect VAT. Since 2015, several variations of these new provisions aimed at the digital economy have been adopted (e.g., in Albania, the Bahamas, Japan, South Korea, and Tanzania) or are under consideration (e.g., in Australia and Russia).

Effective October 2016, New Zealand, a jurisdiction with one of the broadest GSTs, will require nonresident vendors to register for and charge GST when they provide intangibles and services (not only TBE services) to final consumers in the country. With the adoption of the Organisation for Economic Co-operation and Development's International VAT/GST Guidelines and the changes stemming from its base-erosion and profit-shifting project, more jurisdictions are likely to adopt new rules. These rules will present new challenges for businesses required to comply with foreign tax laws that vary greatly in scope, application, and compliance requirements. This holds true even for businesses with uniform business models across the globe and those that may not have a taxable presence outside their own jurisdictions. For tax authorities, the challenge consists of enforcing the rules on not only resident but also on nonresident companies. In this respect, the European Commission is working on an action plan for a more effective VAT regime, which may result in innovative approaches to the taxation of cross-border transactions that may once again influence the rest of the world.

The VAT/GST world is catching up to the deployment of new technologies in a global environment. As a result, businesses will need to comply with both VAT and GST laws in an increasing number of jurisdictions, some of which may be unfamiliar, and with new compliance and administrative requirements in familiar jurisdictions.

For a detailed discussion of the issues in this area, see "Global Trends: On the Brink of a New VAT Revolution?" by Philippe Stephanny, LL.M., in the June 2016 issue of The Tax Adviser.

Also in the June issue: