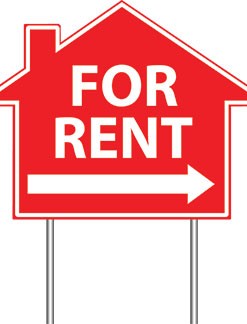 A Tax Court case decided last year, Stough, 144 T.C. No. 16 (2015), illustrates the need for tax planning in drafting and negotiating real estate lease agreements, particularly those involving prepaid rent or leasehold improvements as a substitute for rent. The court held that a lessee's payment that was intended to reimburse the lessor for development and construction costs should be treated as additional rental income.

The taxpayer, Michael Stough, was the sole shareholder of Stough Development Corp. (SDC), an S corporation that was engaged in the business of real estate development and leasing for plasma centers. In 2007, SDC purchased land and began construction of a facility for Talecris Plasma Resources Inc. SDC transferred the property to Wintermans LLC, which was wholly owned by Stough and a disregarded entity for federal tax purposes.

Talecris signed a 10-year lease agreement with Wintermans that provided for monthly rent payments based upon SDC's "project costs" of acquiring land, constructing the facility, and financing the development. The agreement allowed Talecris to make an upfront, lump-sum payment to Wintermans as reimbursement for a portion of the project costs that would reduce monthly rental payments. Talecris exercised the option, making a $1 million lump-sum payment in 2008, during which it also paid $151,493 in rent.

Talecris issued Wintermans a Form 1099-MISC, Miscellaneous Income, reporting the total $1,151,493 as rent payments. On their joint return for 2008, Stough and his wife reported the amount on Schedule E as rental income, less a $1 million "contribution to construct" expense deduction, for net rental income of $151,493.

In April 2010, the IRS examined the Stoughs' 2008 return. In November 2010, Wintermans asked Talecris to file an amended Form 1099-MISC for 2008 to report rent payments of $151,493 and a $1 million "buy-down reimbursement" of construction costs, which Talecris did. However, the IRS disallowed the claimed deduction and treated the lump-sum payment as additional rental income. The IRS also imposed a 20% accuracy-related penalty under Sec. 6662(a).

Before the Tax Court, the plaintiffs argued that the $1 million payment was erroneously included in income, that it was not intended as rent but was meant to be a reimbursement of the cost of leasehold improvements, that the leasehold improvements were not intended to be a substitute for rent, and, therefore, the lump-sum payment did not constitute rental income. Alternatively, the plaintiffs argued that, even if the lump-sum amount was taxable as rental income, it should be allocated over the 10-year term of the lease under either the constant rental accrual method under Sec. 467(b)(2) or the proportional rental accrual method under Regs. Sec. 1.467-1(d)(2)(ii).

INTENT OF THE PARTIES

The plaintiffs argued that the intent of the parties should determine whether the payments were a substitute for rent, while the IRS argued that the lump-sum payment was properly reported on the Stoughs' original return as additional rental income.

The court held that the subjective intent of the parties was not relevant, because the parties' intent is only relevant where the lessee made the improvement or paid for the improvement. In this case, Talecris made a lump-sum payment to Wintermans that provided Wintermans a direct economic benefit and reduced Talecris's future rent. Consequently, unless the payment was unrelated to the lease, it was rental income. The court found that based on the terms of the lease agreement, there was no question that the payment was related to the lease and it fell within the purview of Regs. Sec. 1.61-8(c) as the lessee's payment of the lessor's expenses. Therefore, it constituted rent, and the court did not need to inquire into the parties' subjective intent.

The court also denied the plaintiffs' argument that the lump-sum payment should be allocated over the term of the lease under Sec. 467. Under Regs. Sec. 1.467-1(c)(2)(ii), if fixed rent is not specifically allocated to any rental period by the parties in the rental agreement, the amount of the fixed rent allocated to a rental period is the amount of fixed rent payable during that rental period. The Tax Court found that the lease agreement between Talecris and Wintermans did not specifically allocate fixed rent to any rental period. Thus, it concluded that the lump-sum payment was allocable to 2008, the period in which the payment was made pursuant to the terms of the lease.

With respect to the constant rental accrual method, the court explained that the method is intended to allow the IRS to address tax avoidance and a taxpayer cannot use it in the absence of a determination by the IRS. In addition, Regs. Sec. 1.467-3(b) states that the method only applies to disqualified leaseback or long-term agreements. Because the IRS had made no determination concerning tax avoidance and the lease was not a disqualified leaseback or long-term agreement, the court found it did not apply.

The court similarly concluded that the proportional rental accrual method did not apply. Under Regs. Sec. 1.467-2(a), the method applies to rental agreements that are disqualified leasebacks or long-term agreements or that do not provide adequate interest on fixed rent. The court had already determined that the lease was not a disqualified leaseback or long-term rental agreement, so it analyzed whether the lease provided adequate interest on fixed rent.

Under Regs. Sec. 1.467-2(b), interest on fixed rent is adequate if the rental agreement has no deferred or prepaid rent. Prepaid rent is defined under Regs. Sec. 1.467-1(c)(3)(ii) as a cumulative amount of rent payable at the close of a calendar year that exceeds the cumulative amount of rent allocated (or, if not specifically allocated, the amount payable) as of the close of the succeeding calendar year. Although the cumulative amount payable under the plaintiffs' rental agreement at the close of 2009 was unknown, it was bound to be more than the amount payable at the end of 2008 (i.e., the full payment made by Talecris of $1,151,493), the court reasoned. Thus, there was no prepaid rent, the agreement provided adequate interest, and the proportional rental accrual method was unavailable, the court held.

Stough paid a high price for failing to plan for the tax consequences of the lump-sum payment and to structure the lease agreement to avoid the receipt of prepaid lease income. The court rejected all of the plaintiffs' arguments and found that the $1 million prepayment was taxable in the year of receipt and could not be allocated over the lease term. Further, the court concluded that although the plaintiffs relied on their CPA's advice, they had failed to adequately review the contents of their tax return, and upheld the accuracy-related penalty.

What might lessors in similar circumstances do to prevent undesired tax consequences?

The financial terms of a real estate lease should not overshadow its tax consequences. Lessors and lessees should consult with a CPA tax adviser and carefully address potential tax issues related to lease agreements before an IRS examination or other discovery of costly unintended tax consequences.