The PATH Act of 2015 established new limitations on filing for certain credits. 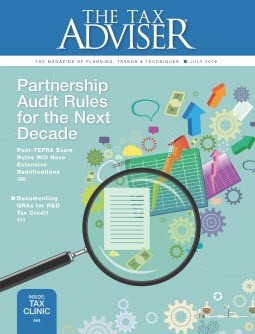 Individual taxpayer identification numbers (ITINs) are commonly used by undocumented taxpayers who have a tax filing requirement. As a general rule, a taxpayer filing with an ITIN has been able to claim the same exemptions, deductions, and credits as a taxpayer filing with a Social Security number (SSN). A major exception to this rule is the earned income tax credit (EITC). Sec. 32(m) requires the taxpayer and/or a qualifying child to have an SSN, other than an SSN issued to apply to receive benefits from a federally funded program, to claim an EITC.

The Protecting Americans From Tax Hikes (PATH) Act of 2015, passed as part of the Consolidated Appropriations Act, 2016, P.L. 114-113, established new limitations for returns filed after Dec. 18, 2015. Section 204 of the PATH Act amended Sec. 32 to require that an SSN can be used to obtain an EITC only if it was issued on or before the due date of the return involved. In the past, amended returns could be filed for up to three years to claim the EITC if the taxpayer was able to obtain an SSN. Now, retroactive filing of returns to claim the EITC will not be allowed for either amended or original prior-year returns.

Similarly, Sections 205 and 206 of the PATH Act added limitations on claiming the child tax credit, including the additional child tax credit, and the American opportunity tax credit by providing that a taxpayer identification number can be used to claim those credits only if it was issued on or before the return's due date. The new provisions do not specify whether the due date for these purposes is the original due date or the due date with a timely filed extension. The major impact of this change will be on taxpayers using newly issued ITINs. As is the case with the provision affecting the EITC, retroactive filing of returns to claim the child tax credit or the American opportunity tax credit will not be allowed for either amended or original prior-year returns that were due before issuance of the ITIN.

The issue date requirement presents potential timing issues for the 2017 tax season with regard to returns prepared to accompany Forms W-7, Application for IRS Individual Taxpayer Identification Number, where the child tax credit or American opportunity tax credit is being claimed. However, for 2015 returns only, an exception to the general issue date rule is in place. The issue date requirement for the EITC, the child tax credit, and the American opportunity tax credit is waived for a 2015 return filed on or before the due date. For example, if a Form W-7 was filed with a timely filed return for 2015, the issue date rule does not apply for that return only.

For a detailed discussion of the issues in this area, see "Tax Practice & Procedures: ITINs: The Rules Have Changed," by Marshall Hunt, CPA, in the July 2016 issue of The Tax Adviser.

Also in the July issue: