Taxpayers may be able to apply for a “rework” of a previous audit. 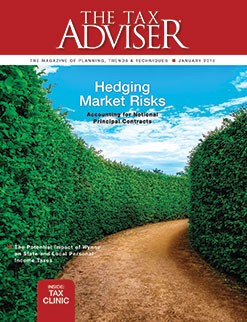 Under the Internal Revenue Manual, the IRS has discretionary authority to evaluate prior audits conducted by its employees. This audit reconsideration represents a form of "rework" of a previous audit where some issues remain unresolved. In a typical audit reconsideration situation, the taxpayer believes that the audit resulted in an inappropriate increase in tax liability and thus refuses to pay the additional tax. Often, the taxpayer was not present at the audit, either because the taxpayer was unaware of it (did not receive the notice) or simply decided not to respond to the notice.

Audit reconsideration is a highly effective tool available to practitioners when evaluating the results of a prior audit, as well as when clients have not filed tax returns and the IRS has filed returns for them through the substitute for return process under Sec. 6020(b).

Practitioners should note several important elements when pursuing audit reconsideration. First, audit reconsideration is not available during an original IRS examination. Second, as an administrative process, audit reconsideration is discretionary; thus, the IRS has the power to decide which cases it will approve for audit reconsideration. By comparison, the Appeals function within the IRS generally grants taxpayers the right to have their case heard by an independent IRS representative. Third, the additional tax assessed by the IRS must remain unpaid; otherwise, the taxpayer will need to consider other options for seeking a refund. Finally, the taxpayer must have something "new" to offer the IRS for consideration, which typically comes in the form of new evidence, e.g., supporting documentation that was not previously considered by the examining agent.

The stated goals of the audit reconsideration process are to ensure:

What lessons can be derived from these goals? First, one can infer that the IRS is willing to work with taxpayers to help resolve tax disputes in a cost-efficient, timely manner. Second, it can be inferred that the IRS is interested in ensuring that the amount of tax assessed is correct. Third, taxpayers benefit from having the tax collection process suspended while the IRS considers their requests. Finally, the goals support the notion of fairness and consistency on the part of the IRS when considering an audit reconsideration request.

The taxpayer should send a written audit reconsideration request to the appropriate IRS office. Typically, the following documents should be submitted:

For a detailed discussion of the issues in this area, see "Tax Practice & Procedures: Audit Reconsideration: An Effective Way of Resolving Disputes With the IRS," by David J. Hove, CPA, in the January 2016 issue of The Tax Adviser.

The Tax Adviser is the AICPA's monthly journal of tax planning, trends, and techniques. Also in the January issue: