Advantages of the Up-C partnership structure 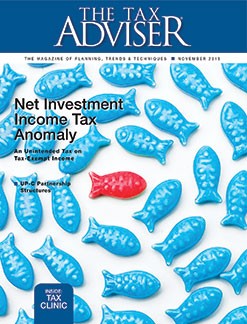 A company that is considering going public has a long road ahead filled with decisions. When the business currently is structured as a partnership, it has been historically assumed that it should become a corporate entity before the initial public offering (IPO). However, businesses operating as partnerships can take an alternate route to that destination that may yield significantly more value: the Up-C partnership structure.

The Up-C partnership structure is often overlooked but may be a highly advantageous path to an IPO in the right situation. With it, the existing partners may defer recognizing taxable gain and increase their total consideration received on future disposition of partnership units by creating certain tax attributes and subsequently monetizing the associated benefits in the form of cash received as the tax attributes are used.

For a detailed discussion of the issues in this area, see "An Alternate Route to an IPO: The Up-C Partnership Structure: Part 1," by Jeffrey N. Bilsky, CPA, and Avi D. Goodman, CPA, in the November 2015 issue of The Tax Adviser.

The Tax Adviser is the AICPA's monthly journal of tax planning, trends, and techniques. Also in the November issue: