How to make flexible working work 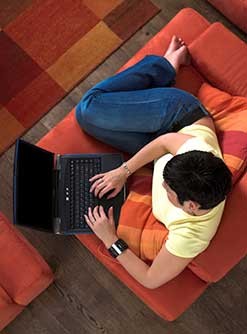 As work/life balance becomes a higher priority for professionals worldwide, more companies are offering staff the opportunity to work remotely.

Research commissioned by staffing firm Accountemps gathered the views of more than 2,100 U.S.-based CFOs and found that 36% said the number of remote working opportunities their organizations offered had increased over the past three years.

Larger companies are leading the way in this regard. Of the respondents who work for organizations with more than 1,000 employees, 68% said the number of opportunities to work remotely had increased. Overall, just 3% of those polled said their firm had scaled back flexible working options.

From the employer’s point of view, the potential benefits include higher morale and increased productivity. Thirty-five percent of those polled said that the main selling point of remote working options was that they improved morale and retention rates by promoting greater work/life balance among employees. To capitalize on this, the researchers recommend that companies that have flexible working policies actively promote them to both existing and prospective employees.

For another 28% of respondents, increased productivity when staff members don’t have to spend valuable time and energy commuting was paramount. Meanwhile, the potential cost savings from reduced office space requirements topped the list of advantages for 15% of respondents.

Joel Reichbart, CPA, a regional finance director at Hilton Worldwide, agrees that saving office space by allowing staff to work remotely is an advantage. Yet, remote working has an even more important factor in its favor: “It allows us to keep good people and avoid having them leave for other companies,” he said. “So, as long as the work can be done remotely, we benefit by having their talent.

“I believe one of the most important reasons to support telecommuting is that we, as companies, continually ask more and more of our employees,” he said. “Due to the fast-paced environments in many companies, employees are [sometimes] expected to be available to answer questions or assist, and many do connect to email, even when on vacation. They’re there when we need them, and we should support them when they need to have flexibility, which telecommuting does,” Reichbart said.

Hilton requires some employees to keep their phones on at all hours, he said. And while the company does not require that employees keep their mobile devices on when on vacation, many of his team members choose to make themselves available due to the 24-hour nature of the hotel business. “And we are happy to support them when they need to have flexibility for better work/life balance,” Reichbart added.

The value of trust

Brenda Morris, CPA, CGMA, who has served as CFO of numerous retailers, believes that opportunities to work virtually or with a flexible schedule are best suited to high-trust environments and depend on employees’ knowing how to manage their roles appropriately.

Establishing accountability and setting clearly defined expectations as to the amount of work to be generated is vital to making remote working a success, said Beth Nilsen, CPA, CGMA, the CFO of FKP Architects in Houston. The manager must then monitor that performance and provide feedback as to whether it meets expectations.

The possibilities that remote workers will feel cut off from their colleagues and find it harder to become familiar with the organizational culture are among the commonly cited drawbacks. Collaboration can also suffer when employees don’t spend time at the organization’s main site.

“It’s hard to fill the void of those unexpected interactions where someone is getting a coffee or water or maybe taking a walk outside on your campus,” said Joe Michel, CPA, CGMA, vice president of financial planning and analysis at Constellation Brands.

To bridge this gap, Morris brings key members of her team together in person once a quarter to discuss goals, priorities, and expectations.

The potential for misunderstandings to arise is also higher when colleagues are not based in the same location.

“There’s a real danger with email, instant messaging, and such that you’re misinterpreted, because the recipient’s not hearing your vocal inflection. They’re not hearing the delivery of the message,” Nilsen said. “So use the telephone to follow up, or as a precursor to, the message that you’re about to send, and say, ‘Hey, this is what I’m intending. When you get the email, call me back, and let’s talk about it, let’s walk through it.’ ”

The original version of this article is available at tinyurl.com/pdbqgqy.

Venture capital deal activity in key markets soared in 2014 and is projected to stay strong this year, according to EY trend reports.

Last year, venture capitalists invested a total of $86.7 billion in the United States, Canada, Europe, China, Israel, and India—more than in any year since the height of the dot-com bubble in 2000. EY also reported a rise in initial public offerings and mergers and acquisitions—two traditional exits that allow venture capital investors to reap the rewards from previous deals.

The full article is available at tinyurl.com/q4htf2p.

While pay is projected to rise globally at a higher rate than last year, the increase is overshadowed by inflation in emerging markets that is cutting into real wages.

That’s according to management consultancy firm Hay Group’s annual salary forecast for 2015, which shows projected global wage growth of 5.4%, compared with 5.2% for 2014.

The full article is available at tinyurl.com/qeu2dhg.

As FASB and the International Accounting Standards Board continue to discuss proposals for clarifying their new, converged standard on revenue recognition, KPMG has found that a majority of companies (64%) remain unsettled on how they would adopt the standard.

Nearly one-third of the corporate finance executives surveyed by KPMG listed revenue recognition implementation as their top concern for year-end reporting. And the specter of future regulations is a top compliance concern for more than half of the respondents in a poll of 450 financial reporting executives at an annual KPMG symposium in December.

In addition to the nearly 51% who cited future regulation as a compliance concern, 22% cited tax compliance, 16% cited navigation of current regulatory compliance, and 11% cited data infiltration and IT security as top concerns.

The full article is available at tinyurl.com/o6mryzk.