Since publishing the November 2013 Tech Q&A topic “What’s Next,” (page 68) which discussed the future of smart glass, RFID, and 3-D printing technologies, I’ve received numerous requests for more technology predictions. Here are a few more promising technologies that you might want to keep an eye on.

Coin. A new product called Coin is a credit card-size device that functions like a thin wallet, holding all of the information for your credit cards, debit cards, reward cards, and gift cards. The Coin device (shown below) then acts like an all-in-one payment card, allowing you to leave your actual debit and credit cards at home but still make purchases on the road using the electronic versions of your various payment cards. 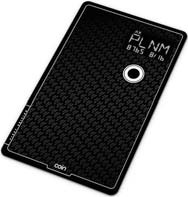 To add a credit card to the device, launch the built-in app, swipe the credit card into Coin (using the included swiping apparatus), take a picture of the front and back of the card using Coin’s built-in camera, and then enter any additional information, such as the card’s security code. Thereafter, when you are ready to use your Coin device to make a purchase, a button on the Coin allows you to toggle through and select the card you want to use, and then you simply swipe the Coin device as you normally would. As an added benefit, a free app can be installed on your smartphone to alert you in case you accidentally walk away from your Coin, leaving it at a restaurant, for example. The device costs about $50. You can view a demonstration of this device at onlycoin.com.

Driverless cars. Many automobile companies are developing cars that drive themselves to any destination you specify. For example, in 2011, Google launched its driverless system called Google Chauffeur, and since then, Google automobiles (consisting of six Toyota Priuses, an Audi TT, and three Lexus RX450hs) have reportedly driven themselves continuously for more than a half-million miles with a perfect driving record (although one driverless car was rear-ended and another was in an accident while a person was driving it manually). Other prominent companies that have debuted driverless cars include BMW and Audi. To learn a little more about driverless cars, check out this four-minute video at tinyurl.com/4dnlb9b.

Liquid metal batteries. New advancements in electrochemistry are paving the way for the development of large, affordable batteries that could store sizable amounts of energy. Specifically, a team working at the Massachusetts Institute of Technology (led by Donald Sadoway) has developed a 36-inch battery called “Bistro” that uses the elements magnesium and antimony immersed in molten salt to store large amounts of energy. It is projected that these Bistro batteries could be stacked together in modules the size of shipping containers to hold 2 megawatt-hours of energy: enough energy to meet the daily energy needs of 200 American households. Such batteries could potentially change our current energy system from a grid that delivers electricity virtually as it is created, to a grid that delivers energy that was created weeks or months earlier. One obvious advantage of such a system is that energy harvested from the sun during the day could be consumed later that evening. One of the best aspects of this effort is that the principal elements required for constructing these batteries are abundantly available for relatively lower costs. To learn more, watch this video at tinyurl.com/dyfdfzv.