Meeting the challenge of the young and the restless 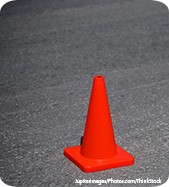 While it’s difficult to paint an entire generation in general terms, older managers in the workplace admittedly face obstacles in guiding Millennials. The group also known as Generation Y grew up with cellphones in their hands and Wi-Fi on every corner. They’re accustomed to immediate, regular conversation, even if that feedback is by text message.

And, Columbia University professor Rita McGrath said, Millennials aren’t buying into company loyalty the way the Baby Boomer generation did. “This Millennial generation [has] seen what companies do to their people,” McGrath said recently at a forum hosted by the Maryland Association of CPAs’ Business Learning Institute. “They are under no illusions that you being loyal to the company is going to mean the company being loyal to you.”

So, some business leaders wondered, how do you keep a potentially restless segment of the workforce engaged, loyal, and motivated?

Millennials, generally defined as those born from the early 1980s to around the turn of the millennium, believe strongly in the value of meaningful work, research indicates. If the work is not exciting, employees will look elsewhere. A survey by the Chartered Institute of Management Accountants, which included 4,300 Generation Y finance professionals from 85 countries, shows that a strong majority of them (78%) expect to look for another job within two years.

In searching for work, cash is still king—69% of respondents ranked financial rewards as the most important aspect of a job offer. That was followed by challenging and interesting work (57%) and training and career development (55%)—well ahead of benefits (34%).

Two themes should emerge when properly developing and retaining Millennial workers: Giving them room to develop their skills and time to build their network, McGrath said.

Top-notch Millennials in particular think of their career as a series of “gigs,” she said. Some hiring managers might label regular moves in short succession as job-hopping. But for Millennials, the moves have a purpose. They’re building valuable skills but doing so across multiple organizations.

Millennials tend to rely on a network more than their employer for guidance. That’s why, for instance, a Millennial might see a conference as a critical event—it’s a chance to connect with others, share ideas, and grow the knowledge base.

“They’ve learned that those networks will be there for them more than any particular company,” McGrath said.

“They’re so busy at work, [the companies] are not letting them out to do that networking,” said Hood, CEO of the Maryland Association of CPAs, which founded the Business Learning Institute. “As employers, we should think about how we can get our people connected, because what they’re saying is they come back with great ideas. That generates innovation.”

Although it might sound basic, listening can go a long way for companies. “A lot of times, what [Millennials are] looking for can be simple things,” McGrath said. “ ‘Can I use my iPhone at work?’ ‘Can I take this trip to New York?’ It’s about what they’re trying to achieve, and it can be tough. They’re not patient, and the better ones—they’re not going to stick around.”

The full version of the article, “Two Themes for Companies to Keep Millennial Workers Engaged,” by Neil Amato, is available at tinyurl.com/krmw8tz.

CIMA and the AICPA released a draft set of principles designed to help CFOs and boards benchmark and improve their management accounting practices.

The proposed framework includes guidance on how to identify financial and nonfinancial information suitable for analysis; how to model scenarios to prioritize opportunities; and how to communicate with clarity to guide better decisions. It stresses the importance of integrated thinking and evidence-based decision-making.

The principles are open for comment through May 10. The feedback will inform a final document, to be published late this year. To read the proposed framework and to respond to the consultation, visit www.cimaglobal.com/principles.

What Keeps Heads of Tax in Europe Up at Night

Europe has made it very convenient for companies to file taxes. But nine years into tax reforms, tax rates in the EU and the European Free Trade Association (EFTA) countries are no longer falling, and in some countries public scrutiny is increasingly trained on the fairness of corporate tax laws, research by Deloitte, PwC, and the World Bank suggests.

Tax compliance has become fairly hassle-free in the 34 countries of the EU and EFTA, a 2014 PwC and World Bank study found. In 2012, it took an average of 179 hours for companies to comply with tax laws in the EU/EFTA region, down from about 250 hours in 2004 and the second shortest time worldwide behind the Middle East (159 hours). The average number of tax payments declined every year since 2004 to 13.1 payments in 2012, second lowest behind North America (8.3).

The full article, “What Keeps Heads of Tax in Europe Up at Night?” by Sabine Vollmer, is available at tinyurl.com/k7jkbd2.