Billions of dollars in false and mistaken claims lead to IRS scrutiny of preparers and to new rules. 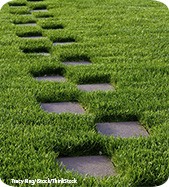 The IRS prepared for tax season by, among other things, sending letters to tax return preparers who it suspects are filing inaccurate claims for the earned income tax credit (EITC). The letters were designed to tell the recipients that “critical issues [had been] identified on” their returns, warn them of the consequences of filing inaccurate EITC claims, and let them know that the IRS would continue to monitor their EITC claims. Some recipients will also receive a follow-up visit from the IRS.

The letters continue the IRS’s recent increased emphasis on EITC due diligence by tax return preparers, which included new regulations issued in 2012 that affect any practitioner who prepares a tax return that claims the EITC.

Paid tax return preparers are required to exercise due diligence when preparing a return that claims the EITC. Regs. Sec. 1.6695-2(b) spells out the due-diligence requirements preparers must meet, and those who do not meet the requirements can be subject to penalties and other sanctions. The IRS says, in Publication 4687, that “Due Diligence is more than a check mark on a form or clicking through tax preparation software,” and it spells out four due-diligence requirements that the IRS wants return preparers to meet to accurately determine if a taxpayer is eligible to claim the EITC and accurately compute the credit amount.

This increased interest in EITC due diligence is no doubt a result of the IRS’s conclusion that a large number of EITC claims are wrong. The IRS estimates that between 22% and 26% of all EITC claims contain some sort of mistake, costing the federal government between $13.3 billion and $15.6 billion in tax revenue in 2013. And the Treasury Inspector General for Tax Administration believes IRS estimates of mistaken EITC claims are low. One thing is clear: EITC claims and errors are both rising. Several factors contribute to wrongful and mistaken EITC claims, according to the Treasury Department, and among those are unscrupulous return preparers and fraud.

The EITC is a refundable credit designed to subsidize the wages of low-income taxpayers. It was enacted in 1975 to offset Social Security taxes and to give taxpayers an incentive to work, since the credit is available only to taxpayers who have earned income.

Under Sec. 32, to qualify for the EITC, a taxpayer must:


A limited version of the EITC is available for taxpayers who have no children (with a maximum credit amount of $496 for 2014), but the credit is much larger for taxpayers with one or more qualifying children (a maximum credit of $6,143 is available to taxpayers with three or more children in 2014). Because qualifying children are such a big factor in the amount of the credit, whether the taxpayer is legitimately entitled to claim the children used to qualify for the EITC is a big issue from a due-diligence perspective.

The EITC is calculated by multiplying the taxpayer’s income by a percentage, determined under Sec. 32(b). The amount of the credit phases out above certain income levels (which vary, depending on the number of qualifying children).

The IRS says that the three most common errors made in EITC claims are (1) claiming a child who does not meet the credit’s age, relationship, or residency requirements; (2) filing as single or head of household even though the taxpayer is married; and (3) reporting income or expenses incorrectly.

Under regulations finalized in 2012, preparers of tax returns that claim the EITC must follow specific due-diligence procedures, which are found in Regs. Sec. 1.6695-2(b), including, for each return that claims an EITC, submitting a completed Form 8867, Paid Preparer’s Earned Income Credit Checklist, to the IRS.

In Publication 4687, the IRS says preparers must do four things to comply with the EITC due-diligence requirements:

1. Complete Form 8867 and submit it with each return that claims an EITC;

2. Complete the EITC worksheet in the Form 1040 instructions or Publication 596, Earned Income Credit (or complete a document with the same information);

3. Keep for three years from the due date of the tax return or the date the return was filed (whichever is later) Form 8867; the EITC worksheet; a copy of any document that was provided by the taxpayer and on which the preparer relied when completing Form 8867 and the EITC worksheet; and a record of when, how, and from whom the preparer got the information used to prepare the return; and

4. Not know, or have any reason to know, that any information that was used to determine if the taxpayer is eligible to claim the EITC or to compute the amount of the credit is incorrect.

Return preparers are required to keep a copy of Form 8867 and of any document that the taxpayer supplied and that the preparer relied on to complete the form for three years from whichever of the following dates is the latest, as applicable:


The regulations subject firms to the same penalty as their preparers if:


A return preparer can avoid the penalty if he or she can demonstrate to the IRS’s satisfaction that his or her normal office procedures are reasonably designed and routinely followed to ensure compliance with the EITC due-diligence requirements and that any failure to meet the due-diligence requirements was “isolated and inadvertent.” However, this defense is unavailable to a firm.

Former rules required preparers to complete Form 8867 or to otherwise record the information it required for each return claiming the EITC and keep it in the preparer’s records, rather than submitting it to the IRS, as is now required.

Perhaps the most important aspect of the due-diligence rules is the requirement that the practitioner make reasonable inquiries to determine that the information the taxpayer is giving is correct. Publication 4687 specifies that under the due-diligence requirement, a preparer must ask the taxpayer additional questions “if a reasonable and well-informed tax return preparer, knowledgeable in the law, would conclude the information furnished seems incorrect, inconsistent or incomplete.” The publication also says that the preparer must, at the time of the interview, document in his or her files the questions asked and the taxpayer’s responses.

Publication 4687 gives examples of situations in which the practitioner should ask further questions to fulfill the due-diligence requirement. These situations include:

The IRS can impose a number of sanctions on return preparers who file inaccurate EITC claims. These include penalties under Sec. 6695(g), loss of IRS e-filing privileges, and even barring preparers from tax return preparation.

The Sec. 6695(g) penalty is $500 for each return that does not meet the due-diligence standard. All tax return preparers (whether an individual or firm) who determine eligibility for, or amount of, the EITC under Sec. 32 and who fail to satisfy the due-diligence requirements are subject to the penalty under Sec. 6695(g), whether they signed the return or not.

The Sec. 6695(g) penalty is not applied with respect to a particular tax return or claim for refund if the preparer can demonstrate that, considering all the facts and circumstances, the preparer’s normal office procedures are reasonably designed and routinely followed to ensure compliance with the due-diligence requirements in Regs. Sec. 1.6695-2(b) and the failure to meet the requirements with respect to the particular return or claim for refund was isolated and inadvertent.

Publication 4687 states that the assessment of return-related penalties against a preparer can also lead to other sanctions, including:

With billions of dollars being paid out in EITC claims—and billions being wrongfully paid because of mistakes or fraud—the government has a lot at stake in ensuring that EITC payments are accurate. Return preparers should expect continued IRS attention in this area and should be careful to follow the due-diligence steps for every return that claims the EITC.

The IRS is taking a closer look at returns that claim the earned income tax credit (EITC), and before tax season it sent letters to tax return preparers who it suspects are filing inaccurate EITC claims.

Common EITC errors include (1) claiming a child who does not meet the credit’s age, relationship, or residency requirements; (2) filing as single or head of household even though the taxpayer is married; and (3) reporting income or expenses incorrectly.

Among the EITC due-diligence requirements is a requirement that practitioners make reasonable inquiries to determine that the information the taxpayer is giving is correct.

Alistair M. Nevius is the JofA’s editor-in-chief, tax. To comment on this article or to suggest an idea for another article, contact him at anevius@aicpa.org or 919-402-4052.