Move over, strategy: Compliance needs you 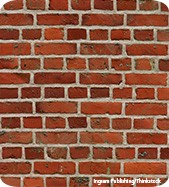 The push continues for internal auditors to focus on strategic risks, but regulatory compliance duties are standing in the way, a new survey shows.

“You can’t walk away from your responsibility to address the compliance requirements,” said Bailey Jordan, CPA, an internal audit practice leader at Grant Thornton. “They have to be done.”

At the same time, the percentage of Grant Thornton survey respondents who consider strategic risk their top audit focus grew to 21% in 2014 from 18% the previous year.

It appears as though internal audit departments will have more resources at their disposal in 2014 as they attempt to meet compliance challenges. Forty-one percent of North American CAEs in the IIA survey said their budget will increase this year.

Internal auditors may need those extra resources to deal with the impact of regulation. One way for internal audit to provide more value in this environment, according to the Grant Thornton report, is to use compliance activities to contribute in strategic, operational, and financial risk areas.

Almost half (45%) of respondents in the Grant Thornton survey said regulations' impact on their organizations is improving their governance and the rigor of their testing. Jordan said internal audit can add value by facilitating discussion among compliance functions within an organization such as legal, human resources, and IT.

Internal auditors also can use a variety of tactics to improve their efficiency and give themselves more time for value-added activities, Jordan said. These efficiency-building tactics include:

Leveraging control testing across multiple compliance areas. Complying in multiple ways with various mandates through one test can save time but requires careful planning and coordination across functions. The percentage of respondents using this “one-to-many” approach grew to 54% from 49% the previous year. But there is room for more use of this tactic—92% of respondents said it’s possible to apply “one-to-many” principles to up to 50% of their control testing.

Upgrading staff skills. Forty percent of respondents said talent quality or capacity is a barrier to delivering maximum value for internal audit teams. Jordan said internal audit can identify areas for improvement by conducting a skills gap assessment by mapping the audit team’s skills against the audit plan. “It’s in your plan, so you’ve got to acquire that skill, whether you do it in-house or out,” he said.

The full version of this article, “Regulation Demanding Increased Internal Audit Focus,” by Ken Tysiac, is available at tinyurl.com/mqg8vlw.

IT Expectations vs. Reality

Organizations with an agile, efficient IT infrastructure have a significant competitive advantage over those with insufficient technology, according to a survey by Softchoice, a North American technology services provider. And the IT departments that are well-equipped are far more likely to be viewed as strategic business partners.

Eighty percent of front-office managers see IT as a cost center instead of as a revenue generator, the survey said, and 31% don’t involve IT when purchasing new software for their departments.

The full article, “Expectations and Reality Vastly Different for IT Departments,” by Neil Amato, is available at tinyurl.com/lumwvmu.

Large public companies continue to eliminate the COO position, a development that has important implications for the responsibilities and career paths of CFOs.

Just 35% of Fortune 500 and S&P 500 companies employed a COO last year, according to executive search firm Crist|Kolder Associates’ Volatility Report 2013. That was down from 39% in 2012 and is the lowest percentage since at least 2000, when 48% of companies in the survey had a COO.

Crist|Kolder Managing Director Josh Crist says more firms are saving money by eliminating the position and handing off its duties to other posts, including CFOs.

Ambitious finance execs now need to better understand everything from strategy to supply chains, Crist says. That gives them a better chance at becoming CEOs themselves one day but also requires that finance execs obtain broader experience by serving time in other parts of the company.