CPAs need the ability to ask the right questions and gather crucial information from conversations. Are your interviewing skills up to par? Find out in our Fraud IQ quiz. 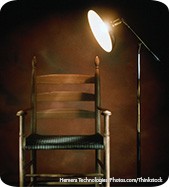 Whether discussing a specific transaction with a client or interviewing a potential suspect about his or her involvement in an alleged fraud scheme, CPAs need to be able to obtain and interpret information from other individuals. Additionally, the questions and answers provided in an interview offer important context for the other information gathered as part of any engagement and provide valuable clues about whether things might not be as they seem. Are you making the most of your professional conversations? Are your skills sufficiently honed to facilitate the flow of information—and to detect dishonesty—in an interview? Take this quiz and find out.

1. Which of the following is NOT one of the intended purposes of asking introductory questions in interview situations?

a. To provide an introduction.
b. To give a detailed reason for the interview.
c. To get the interviewee’s agreement to cooperate.
d. To establish rapport.

2. When beginning a routine interview, an interviewer should introduce himself or herself in a formal and authoritative manner, including providing his or her title and credentials, to reinforce his or her authority to conduct the interview.

3. The most effective way to begin questioning someone is through the use of:

4. Meredith, a CPA and forensic accountant, has been hired by management of Acme Corp. to investigate allegations of a shell company billing scheme. Meredith’s preliminary analysis has led her to suspect that Ginger, an employee in the accounts payable department, has run several false invoices through the company’s accounting system for payment. Meredith schedules an interview with Ginger to ask about the anomalies she detected. After completing the introductory phase of the interview, Meredith wants to move into the information-gathering phase. Which of the following would be the most effective question for Meredith to pose first?

a. Tell me about your duties in the accounts payable department.
b. Why are you submitting falsified invoices to the company?
c. This is your signature on this invoice, isn’t it?
d. Have you been having personal financial difficulties lately?

5. Which of the following is the most appropriate type of question for interviewers to ask to confirm facts that are already known?

6. Ravi is interviewing Gary about some suspicious transactions that Ravi uncovered on the company’s books. After asking Gary some general questions about his duties at the company, Ravi poses a question about one of the questionable transactions. While observing Gary’s response, Ravi notes that Gary has become noticeably uncomfortable and defensive compared to when he was answering the previous questions. Generally speaking, which of the following would be the most appropriate way for Ravi to proceed?

7. During an audit of Oak Telecom’s financial statements, Peter is interviewing Dianna, the company’s CFO, about its internal controls over financial reporting. When Peter asks Dianna about specific controls over the revenue recognition process, Dianna becomes extremely agitated and starts belittling Peter’s knowledge of the nuances of revenue accounting in the telecommunications industry. Which of the following is NOT a recommended response for Peter to employ?

a. Avoid showing any kind of emotional reaction to Dianna’s hostile behavior.
b. Attempt to reason with Dianna.
c. Disarm Dianna by agreeing with her points whenever possible.
d. Change questioning tactics to try to reduce Dianna’s hostility.

8. You are conducting a routine interview of an employee at a client’s office. The interviewee answers a question with broken, stumbling sentences and seems to be hinting at something you already know. What should you do?

a. Wait silently and let him finish.
b. Finish his response for him and ask him whether your statement is correct.
c. Tell him that you know what he is getting at and move on to another question.
d. Thank him for his time and end the interview.

1. (b) In many interviews and for many interviewers, simply getting started is the hardest part. Often, the parties have never met before and do not have an existing rapport. Because the interview’s tone can be set from the outset of the interaction, it is critical that interviewers effectively navigate the introduction. The use of introductory questions, such as “I am gathering some information on certain company procedures; can you help me?,” can help encourage the flow of information from the beginning. Such questions are designed to meet several objectives: to provide an introduction, to establish rapport, to get the interviewee to agree verbally to cooperate in the interview, and to observe the respondent’s baseline reactions to questions.

2. (b) The mere mention of words such as audit or interview can cause some individuals to feel uncomfortable, anxious, or even combative. In general, the more informal the interview is, the more relaxed the interviewee will be. However, providing an informal, structured introduction is important to set a professional—rather than social—tone for the interview. Consequently, when introducing himself or herself before an interview begins, the interviewer should typically indicate his or her name and a general purpose for the meeting, but he or she should avoid stating his or her title and credentials if possible. Additionally, substituting softer words for those that might cause discomfort can also help ensure the interview gets off to a productive start. For example, “Hi, I’m Travis from Green & Howe. I’m doing a routine review of the company’s accounting system, and I was hoping you could help me understand how a few things work” will likely be better received—and thus more effectively encourage the interviewee’s cooperation—than “Hello, I’m Travis. I’m a CPA and an independent auditor for the firm Green & Howe. We’re conducting our annual audit of the company, and I need to ask you a few questions.”

3. (c) In the course of developing rapport, it is important that an interviewer observe the interviewee’s mannerisms and reactions to normal conversation to establish a reference point against which answers to more sensitive questions can be compared. This process, often called norming or calibrating, is most effectively performed through the use of noncritical questions on background information, such as “When did you start working for the company?” or “How long is your commute?” The goal is to establish a baseline and then observe changes in behavior from this baseline when more targeted questions are asked. If the interviewee’s verbal and nonverbal behaviors are inconsistent from one type of question to another, the interviewer should attempt to determine why. Additionally, if the interviewee displays general nervousness, stress, or volatility during the norming process, subsequent verbal and nonverbal clues might not be reliable indicators of his or her honesty.

4. (a) As a general rule, questioning during interviews should proceed from the general to the specific; that is, it is best to seek general information before seeking details. In this situation, Meredith should begin the interview by giving Ginger an opportunity to explain her general duties, which will allow Meredith to confirm evidence she has already gathered, identify any information she might have missed in her other procedures, and listen closely for clues about Ginger’s involvement in the scheme. As the interview progresses, Meredith will want to seek details about the invoices in question, but such targeted questions should be posed after the general information has been established. Additionally, sensitive questions and direct accusations should be scrupulously avoided until well into the interview. Even then, such questions should be asked only after careful deliberation and planning. Similarly, because why questions tend to ask an opinion and, more importantly, tend to establish responsibility or signal judgment, they are best used in the later stages of interviews, if they are asked at all. During the early stages of the interview, Meredith should focus on asking questions that elicit factual answers. Later on in the interview, toward the close and only if critical to the interview, Meredith might consider asking Ginger why questions for additional insight as to causes and responsibilities.

6. (c) Nothing closes up the lines of communication in an interview like an interviewee feeling accused. While most admission-seeking interviews will involve offering a direct accusation to the interviewee, this should typically be done toward the end of the interview, after all relevant information has been obtained and clear proof of the party’s guilt has been established. Consequently, during the information-gathering portion of an interview, if an interviewee starts to become uncomfortable with a sensitive line of questioning, the interviewer should move into a different area that he or she knows the interviewee is comfortable discussing. He or she can then reapproach the sensitive question later from a different vantage point. In this situation, Ravi should casually turn the questions back to more general information about Gary’s duties and then return to the transactions using a different approach, such as asking about one of the other questionable transactions.

7. (b) Over the course of their careers, most CPAs inevitably encounter a few difficult people. Trying to obtain information from individuals who are argumentative or volatile can be extremely challenging and requires careful handling. Interviewers who encounter such reactions might be tempted to strike back or to terminate the interview; however, neither of these tactics leads to a productive interview. Another common response for many interviewers is to try to reason with the individual, but doing so is typically futile and might even escalate the interviewee’s emotional reactions, as he or she feels dismissed or further backed into a corner. Instead, in such situations, the interviewer can employ several approaches to help navigate the interview back on track:

If you answered all eight questions correctly, congratulations. Your knowledge about effective interview techniques forms a solid foundation for gathering information from individuals during your engagements. Keep up the good work.

If you answered six or seven questions correctly, you’re on the right track. Continue to build your interview skills and knowledge to ensure you’re able to successfully facilitate the flow of information during interviews.

If you answered fewer than six questions correctly, consider brushing up on your interviewing skills. Enhancing your understanding of how to navigate interviews will help increase the effectiveness of your professional engagements.