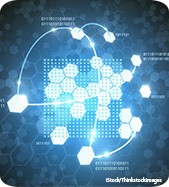 It’s not unusual for organizations to run into problems when they implement business solutions. Some organizations cannot launch the software at all. Others struggle with cost overruns or lose revenue because of business interruptions caused by software malfunctions, inadequate training, or improper configuration.

While business solutions implementation, or BSI, which is a building block of Big Data, has its challenges, there are ways to avoid disasters at the launch of the software and afterward, and some think accountants could play a bigger role in implementation work that has been largely dominated by IT and computer experts.

After all, accountants are business process experts, said Ebonie Jackson, CPA/CITP, CGMA, a strategic management consultant at Health Care Regulatory Consultants. “But a lot of times we find ourselves the last to know” when an organization plans to implement business solutions software, she said.

Indeed, many accountants don’t understand what is required for a successful BSI, how the project should be structured, and the critical requirements for success, added Gaby, who along with Jackson is a member of the AICPA BSI Task Force, which helped develop recommendations for accountants to get involved in BSI.

Here are a few ways they can play a role:

Design and development. When organizations establish how the software system will be sourced, structured, and interfaced with users, finance can help make sure the system collects the proper data and offers the tools to create the dashboards, key performance indicators, and reports needed to run and manage the organization.

Finance can also analyze costs and benefits of different software options and help an organization determine whether the system should be developed internally, purchased, or outsourced.

An organization’s external auditor can validate that the implementation methodology will provide what will be required for the next annual audit or reviews and that proper consideration has been given to internal controls and the segregation of duties.

Testing and quality control. As the system is being built and configured, accountants can help test the system’s usability, performance, and functionality in different scenarios. Proper testing can avoid unpleasant surprises after the launch.

Acceptance and launch. When organizations determine how to launch the system in a production environment, finance can help assist with mapping and tracking the steps to go live in accordance with defined requirements.

Adequate training that helps all users switch to the new system is an important step to ensure a successful launch.

Maintenance. Once a new system is operational, accountants can help monitor its performance and make sure the people responsible for troubleshooting and fixing problems are accountable to a supervisor.

The original version of this article, “Smart Ways to Tap Accountants’ Business Process Acumen,” by Sabine Vollmer, is available at tinyurl.com/kmurjwe.

Communication Is the Key to Happiness
Employees are happier when they are not left in the dark. That’s the finding of a new survey of human resources professionals, which found that poor communication may be the factor that causes the greatest harm to workplace morale.

One-third (33%) of the more than 300 HR managers surveyed by temporary accounting staffing service Accountemps said the lack of open, honest communication has the most negative impact on employee morale. In addition, 38% of respondents said communication is the best remedy for low morale.

The full article, “How to Short-Circuit Negativity, Keep Morale High,” by Ken Tysiac, is available at tinyurl.com/kc2gfdm.

Moving Up? Not So Fast
North American CFOs appear divided on whether they’ll get—or even want—the CEO job.

While 40% said they would like to succeed their current CEO, 35% said they would not want that promotion, and 24% said they weren’t sure. That’s according to the recent Deloitte CFO Signals report, a quarterly gauge of CFO sentiment, which measured the responses of 124 CFOs.

Among the CFOs who expressed interest in becoming the company’s next CEO, about 40% believed they will get the job. Also, 60% of those CFOs believed their CEO would endorse them now for a CEO role in a different company.

The full article, “CFOs Split on Moving Up to CEO Job,” by Neil Amato, is available at tinyurl.com/qeze4qu.

The percentage of U.S. organizations that gave internal auditors base salary increases of 4% or more grew to 16%, from 10% the previous year, according to the 2013 Internal Audit Compensation Study released by the Institute of Internal Auditors.

More modest raises—2% to 3.9%—were given to U.S. internal auditors by 67% of organizations in the past 12 months, compared with 74% the previous year.

The full article, “Internal Auditors Get Modest Raises in US, Canada,” by Ken Tysiac, is available at tinyurl.com/og3wamp.