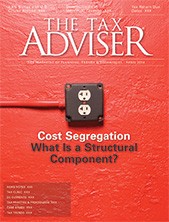 Sometimes after clients create an irrevocable trust, circumstances change and the trust needs to be amended to reflect those changes. Sometimes these changes are related to family events, such as the marriage, divorce, or even death of the beneficiary; sometimes the client wants a new fiduciary or to have the trust resident in a state with more favorable laws.

Traditionally, depending on how the trust was drafted, clients may have been stuck with the irrevocable decisions made when the trust was created. However, increasingly, a technique known as “decanting” is being used to move a trust’s assets into a new or existing trust with different terms and conditions.

Under the trust decanting technique, the assets of the original, or distributing, trust are transferred to a new, or receiving, trust. A trustee’s ability to decant a trust depends on the trustee’s powers under the trust instrument and local law. States that permit trust decanting generally allow it as long as the trustee has discretionary distribution powers that can be exercised in favor of the trust’s beneficiaries.

Twenty-one states have adopted trust decanting statutes. They differ from one another in terms of what powers the trustee must have in order to decant the trust assets. Arguably, a common law power to decant exists whenever the trustee has authority to invade the trust for the benefit of the beneficiaries. However, trustees who attempt decanting in states without a statute run the risk of having the decanting disallowed by a court.

The IRS is studying the tax implications of trust decanting and asked for comments in Notice 2011-101, but it has not yet issued guidance. The IRS noted facts and circumstances that might have a tax effect, including:


In June 2012, the AICPA submitted comments to the IRS addressing the issues raised in Notice 2011-101. The AICPA recommended that when a trust is decanted, the receiving trust should be viewed as a continuation, rather than a termination, of the distributing trust. This is administratively simpler—the new trust does not need to obtain a new employee identification number, file two tax returns for one year, or complete Schedules K-1 to transfer tax attributes from the distributing trust to the receiving trust.

For a detailed discussion of the issues in this area, see “The Mechanics of Decanting,” by Audrey Young, J.D., in the April 2014 issue of The Tax Adviser.

Also look for articles on the following topics in the April 2014 issue of The Tax Adviser: