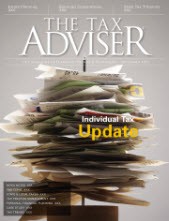 The recent growth of the independent tax tribunal as a means to resolve state tax issues prior to trial is a significant development in the area of adjudicating state tax appeal controversies. The use of an impartial, independent forum outside the dominion and control of the state tax authority is often helpful in resolving state tax disputes in a more efficient, streamlined manner by judges possessing state tax expertise, without taxpayers having to prepay the disputed tax.

Both of these paths are fraught with problems. Given a choice of accepting an administrative decision that may merely reflect the position of a state tax authority or waiting a long time for a judicial response that may not be successful, alternative methods of dispute resolution have become more desirable. One of these alternatives is a quasi-judicial forum that is independent from the state tax authority.

For a detailed discussion of the issues in this area, see “State Independent Tax Tribunals: A Popular Alternative to Resolving Disputes,” by Jamie Yesnowitz, J.D., and Eileen Reichenberg Sherr, CPA, in the September 2013 issue of The Tax Adviser.

Also look for articles on the following topics in the September 2013 issue of The Tax Adviser: