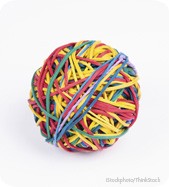 Finance teams at large multinational companies can expect more and increasingly sophisticated tasks to come their way. The majority of those teams will have to perform those tasks with the same or fewer resources.

Companies are focusing more on reducing overhead costs and improving operating margins, cash flow, and customer satisfaction. At the same time, demand for business services—finance, human resources, IT, and procurement—continues to rise as companies of all sizes expand into new markets and establish operations worldwide, according to a survey by business strategy consultant the Hackett Group. For finance teams, that means they probably need to become more productive.

Outsourcing more services to vendors or shared services centers is one solution, especially for smaller companies. In the United States, payroll is already outsourced 46% of the time and tax 30% of the time, according to a benchmarking report by professional staffing firm Robert Half and the Financial Executives Research Foundation. Accounts payable, meanwhile, is emerging as a candidate for additional outsourcing.

German consumer and industrial products company Henkel, for instance, established a global shared services unit with about 1,500 employees that works with finance, HR, IT, and procurement, as well as with individual business units, an EY report noted. The unit runs three captive centers, one each in Slovakia, the Philippines, and Mexico, and an outsourced center in India. The unit is in charge of routine tasks but also market research, customer service, and supply chain activities.

“We are more efficient and flexible in reacting to changing market conditions and customer demands thanks to the standardization and simplification of our business processes on a global scale,” Kasper Rorsted, chairman of Henkel’s management board, wrote in the company’s 2012 annual report.

Finance executives at large multinational companies expect to have to deal with budget restrictions for a while, the Hackett survey found. With uncertainty and risk remaining in the global economy, they also expect to have to remain flexible and quickly respond to changing business conditions. To prepare for quick action, they prioritize planning more comprehensive approaches, according to the Hackett survey:

Data analysis. External and internal data and analysis of the data were the most crucial to derive value and come up with actionable strategies. Seventy-four percent of respondents to the Hackett survey said improving the quality of the finance function’s data analysis and reporting capabilities was important, and 72% named improving analytical, modeling, and forecasting capabilities. In pursuit of better data and more data analysis by the finance function, 74% of large multinationals are rolling out more web-based and self-service tools; 70% are implementing business intelligence and analytics applications; and 65% are establishing data stewardship, standardizing master data and cleansing data.

Talent recruitment and management. Sixty-five percent of respondents said developing leadership capability and a pipeline of potential future leaders was a key finance issue, and 60% named attracting and retaining high-caliber talent. To be able to work with other business units in the company, finance executives not only valued deep technical expertise in finance talent but also the ability to deliver a service.

Customer focus. Fifty-six percent said it was important to have the finance organization better align with internal customers, for example in regulatory, external reporting, and compliance functions. Demands for more analytical and decision-support services while money and resources are limited are shifting the finance function’s focus to partnering with other business functions.

Standardization. To boost the globalization of the finance function in a multifunctional approach requires the use of a common language to describe and measure performance and common definitions for use in analysis and in providing feedback. Executives projected that several parts of the finance function will be at least twice as globalized in two to three years—KPIs and reporting (53% compared with 26% currently), process design and build (40% compared with 16% currently), and master data (38% compared with 19% currently).

The full article by Sabine Vollmer, “How High-Performing Companies Plan to Globalise the Finance Function,” is available at tinyurl.com/oskmhhg.

More Regulations Might Mean More Jobs
Regulatory compliance challenges are expected to create heavier workloads and spur hiring in the financial services industry, according to a Robert Half International survey, which polled 1,100 executives from Canada, France, Germany, Hong Kong, Singapore, the United Kingdom, and the United States.

The regulatory pressures depicted in the survey mirror those that emerged in the AICPA Business and Industry Economic Outlook Survey for the second quarter of 2013. In that survey, 60% of CPA executives across all industries said their current employees have been required to produce more or work more hours as a result of increased regulatory pressures.

The full article, “How Regulatory Challenges Are Affecting Financial Services Industry,” is available at tinyurl.com/ovavvzv.

Soft Skills Training Lags
CFOs say poor interpersonal skills are the top reason for an employee’s failure to advance in the company. But finance chiefs are still far more likely to offer training in more technical categories—accounting or finance, and information technology—than in soft skills.

Training in interpersonal skills or communication were likely to be offered by 19% of CFOs, according to an Accountemps survey of 2,100 U.S. CFOs. That’s an increase from 8% in 2008. But that was still third behind accounting (32%) and IT skills (29%). Training in soft skills ranked just ahead of management training (17%).

The full article, “CFOs Say Soft Skills Are Needed, but Many Aren’t Offering Training in Them,” is available at tinyurl.com/lzn6o3h.

Global Talent Exodus Looms
Signs of a return to global economic growth are a harbinger of a global talent exodus, according to a new survey report by global management consulting firm Hay Group and the U.K.-based consultancy Centre for Economics and Business Research.

Worldwide employee turnover has been flat in recent years, but it is set to rise in 2014 with 161.7 million workers expected to leave their jobs, a 12.9% increase over 2012. Turnover is expected to accelerate in subsequent years and reach 192 million by 2018.

Heavy talent departures are expected to start in emerging markets, with Asia-Pacific experiencing its largest increase in employee turnover levels in 2013. Turnover is expected to spike most in Latin America in 2013 and 2016.

Turnover is expected to spike in North America in 2014, and European countries will be the last to see increased turnover, according to the report.

The full article, “How to Drive Engagement as Turnover Concerns Mount,” is available at tinyurl.com/mj5mj3m.