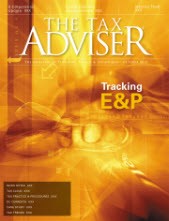 In a March 2012 speech to the Tax Executives Institute (TEI) midyear meeting, Steven Miller, then the IRS deputy commissioner for Services and Enforcement, which includes the Large Business & International (LB&I) Division, described steps he believed would facilitate more efficiency in large case examinations. First, in his view, was the need to improve the information document request (IDR) process.

The IDR is the formal vehicle by which IRS examiners solicit specific documents and information they think may be relevant to determining the validity of specific tax return positions. As explained to the TEI membership, the IRS believes some taxpayers unnecessarily delay the examination process by providing late or inadequate IDR responses. Not surprisingly, many taxpayers do not share the IRS’s assessment, believing instead that the IDR process is burdened by imprecise and overly broad requests that cost taxpayers significant time and money to produce information that often is not germane to the issues identified within the examination.

On June 18, 2013, LB&I issued a directive addressing IDRs (LB&I-04-0613-004). Instead of striking a summons-based tone that many practitioners feared it would, the directive drew on what were described as best practices for information gathering in LB&I cases. The directive reported that all LB&I examiners had attended mandatory training during which several IDR-related actions were prescribed.

The directive, which is effective for all IDRs issued after June 30, requires first and foremost that all IDRs issued during the course of an LB&I examination be “issue focused.” In further defining the requirement, the directive makes clear that examiners must identify and state the issue that led the examiner to request the information included in the IDR. Examiners are also required to discuss the IDR with the taxpayer in advance of its issuance, and both parties are to discuss and determine a reasonable time frame for a response.

The directive expresses the expectation that the steps outlined will result in a more efficient IDR process and a diminished need to enforce IDRs through issuing summonses. However, the directive does explicitly state that in the coming months LB&I will be announcing changes to the IDR enforcement process. Even though the IRS expects the new IDR process to limit the circumstances in which enforcement will be necessary, the Service plans to have in place an effective and swift process for when it is needed.

The LB&I directive is a welcome clarification of the IDR policy. For many, it is a reaffirmation of practices that have been effectively employed for years. For others, it may facilitate striking a different balance in an examination. By focusing on the actual issues of interest and determining the response time required before an IDR is issued, the practice should improve everyone’s lot. Taxpayers will avoid the expense and aggravation of producing voluminous materials in response to unfocused IDRs, and the IRS will have more time to receive the information it actually wants and needs.

For a detailed discussion of the issues in this area, see “IRS Tackles Inefficiency in Its Examinations of Large Taxpayers,” by Michael P. Dolan, J.D., in the October 2013 issue of The Tax Adviser.

Also look for articles on the following topics in the October 2013 issue of The Tax Adviser: