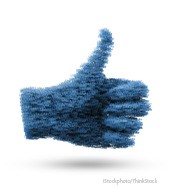 Businesses are focusing more on reputational risk today than in the past. But many companies do not vigorously monitor social media and lack processes to calculate the financial impact of not managing reputational risk.


Companies with strong brands that have direct relationships with consumers have been leaders in protecting their reputations. But companies without direct consumer contact, and even small businesses and sole proprietors, also need to focus on reputational risk, explains enterprise reputation and risk expert Jim Traut, CPA, CGMA.

Finance personnel can help protect the brand by driving understanding of the value of these relationships.

“The accountant, who is traditionally thinking about cash and P&Ls and balance sheets, would be well-served to recognize that those relationships … will be absolutely critical in the valuation of those businesses [for decades to come],” Traut said.

The survey results show that financial impacts of reputational risk are being weighed to some extent, but there is room for improvement. Although excessive short-term focus by investors is a common concern in finance today, 76% of respondents said their companies are prepared to lose profit in the short term to protect the organization’s reputation and drive more long-term success.

But 62% of respondents said their organization does not have a formal process or model for calculating the financial impact of not managing reputational risk. And despite the many examples of companies hurt by damaging YouTube videos and Facebook posts, just 20% of respondents said their organizations heavily use social media feedback to help anticipate and monitor reputational risk.

Whether a sole proprietor or large corporation, businesses should monitor when their brand is being mentioned on social media sites, Traut said. He said companies should have a mechanism for reviewing and reacting to social media feedback.

“I don’t think companies are doing enough of that,” Traut said.

The full version of this article, “What’s the Risk? Survey Shows Increased Focus on Reputation,” by Ken Tysiac, is available at tinyurl.com/pyh9e9t.

For case studies and tips on how to react to a reputational crisis—plus four common missteps in corporate-crisis management—check out “Anti-Viral Remedies for Reputational Damage,” at tinyurl.com/pb6ju58.

Corruption on the Rise Globally
Corruption—or the perception of corruption—appears to be on the rise. More than 1 in 4 people around the world reported having paid a bribe in the previous year when interacting with key public institutions and services, according to Transparency International’s Global Corruption Barometer 2013.

Fifty-three percent of respondents in the Barometer survey thought corruption had increased a lot over the past two years.

Internal Auditors Pushed to Strategize
Even as assurance and compliance responsibilities are expanding for internal auditors, a significant shift in their strategic duties is on the horizon, according to EY’s Global Internal Audit Survey 2013.

More than half (54%) of respondents—which included more than 500 chief audit executives and audit committee members—expect that in the next two years, internal audit’s primary mandate will be providing stakeholders with business insights and serving as a strategic adviser to the organization.

Twenty-eight percent of respondents said playing that strategic role is currently the primary mandate or focus of internal audit.

“Internal audit functions need to stop thinking about themselves as compliance specialists and start taking on a much larger, more strategic role within the organization,” EY internal audit leader Brian Schwartz said in a news release. “IA is increasingly being asked … to provide broader business insights and better anticipate traditional and emerging risks, even as they maintain their focus on non-negotiable compliance activities.”

The full article, “New Duties on Horizon for Internal Auditors,” is available at tinyurl.com/qx8uucu.

Sixty-nine percent of more than 2,100 CFOs in U.S. metropolitan areas said international experience will be at least somewhat necessary for accounting and finance staff in five years, according to a survey by staffing services firm Robert Half.

Just 56% of CFOs described international experience as at least somewhat necessary in 2002.

“The world is getting smaller for accountants,” Paul McDonald, Robert Half senior executive director, said in a news release. “Global businesses need staff well-versed in international accounting regulations and business practices to ensure sound reporting and compliance with local mandates and to support expansion into new countries and markets.”

The full article, “Can You Succeed in Finance Without International Experience?” is available at tinyurl.com/otflpg6.

Visit CGMAMagazine.org
CGMA Magazine is published at cgmamagazine.org in conjunction with the Chartered Global Management Accountant designation, which was created through a partnership between the AICPA and CIMA. The magazine offers news and feature articles focused on elevating and emphasizing management accounting issues.