How to do as the Chinese when you're in China

Experts provide insight into the culture and customs of the world's second-largest economy. 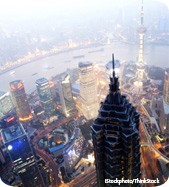 Four years after expanding into China, Merkle, a U.S. company that specializes in customer relationship marketing, employs more than 200 people in Shanghai and Nanjing. Sally Shanks, CPA, vice president and controller at Merkle, will always remember one of the challenges she encountered doing business in China: The document to lease office space looked nothing like the detailed contracts of 90 pages or more she was used to in the United States. In China, she received a standard one-page government contract that required negotiations that took four times longer than planned and required many compromises.

As a CPA and Merkle’s risk manager, Shanks said she had to refigure what were acceptable levels of risk.

“We weren’t going to get everything that we traditionally would get in the U.S.,” she said. “We weren’t able to transfer a lot of risk onto the service providers we were partnering with. Where we would normally drive definitions and clarity into our arrangements, we had to compromise.” So the company quickly realized that it had to change its mindset and how it was approaching things in China.

Merkle, a private company that employs more than 1,700 people and generated more than $300 million in revenue in 2012, is among a growing number of U.S. companies that generate sales in the world’s second-largest economy. In 2012, sales in China accounted for 11.2% of revenue reported by U.S. companies listed on the Standard & Poor’s 500, research by The Economist suggested. The growing reliance on China’s economy is increasingly exposing CPAs in business and industry and in public accounting to a business culture that may be unfamiliar and challenging.

WHAT THE EXPERTS ADVISE

To find out what CPAs need to know about China, the JofA asked David Wu, CPA, CGMA, a managing partner at GMP Talent International, a retained executive search firm in Shanghai; Len Jui, CPA, a partner and head of public policy and regulatory affairs at KPMG in Beijing; Henry Tam, CEO and co-founder of the American Learning Network; and William Stahlin, CPA, a professor of accounting and finance at Stevens Institute of Technology, to provide insights into Chinese business culture and customs.

Wu specializes in recruiting middle- and senior-level executives in China for clients in the industrial, consumer, and life sciences sectors. He also spent more than a decade working in the United States, Canada, and Singapore. Jui was educated in the United Kingdom and the United States and worked for the SEC. Tam is a Chinese-American who has experience in Asia holding roles in business development, sales, and investments for AOL, the World Bank, PwC, and The Washington Post. Stahlin has 10 years of experience with Big Four auditing firms and extensive consulting experience in the manufacturing, importing, and transportation industries.

Most importantly, the experts agreed, CPAs encountering Chinese business culture and customs should stick to their principles and code of conduct, but they should be culturally sensitive and remain flexible on certain rules and customs.

The following are excerpts of other insights provided during discussions with Stahlin, Tam, Jui, and Wu:

What are some particular Chinese customs with which U.S. CPAs should be familiar?

Stahlin: Many cultures do not share the short-term orientation that Americans are well-known for. Building a relationship is essential in many cultures before business can be transacted. In China, for example, there is no business discussion before dinner, drinks, and entertaining.

Tam: The major difference between U.S. and Chinese business culture is probably hierarchical. The level of respect you show somebody with seniority, the level of deference that you show that person with seniority is definitely apparent in the way the Chinese do business. In the Western corporate world it’s less obvious, and it’s maybe more subtle in terms of the deference.

Wu: Chinese people do business with people they know and trust, and the quality of service delivery is usually better if you know the person in charge of the project.

Take your time and get to know your potential partners in China through frequent visits and face-to-face interactions. Once trust has been built, Chinese businesspeople will gladly share their thoughts with you and will give you honest feedback. To build trust and rapport, you should learn some basic Chinese—Mandarin and the local dialect if you have a talent for languages. Invite Chinese businesspeople to lunch or dinner or to a karaoke bar, where you could sing a Chinese song you learned, or learn a bit of Chinese traditional opera.

Entertaining is an integral part of doing business in China, and you should learn some basic Chinese dinner table manners. In northern China, for example, people like to drink baijiu, a potent white spirit, so be prepared to have a few glasses during dinner.

Also, start with a small project just to get familiar with your Chinese counterpart, because there is a learning curve you have to go through your first time doing business in China. Chinese people like to say, “Yes, no problem,” but you should plan for glitches when the project goes live.

What steps can U.S. CPAs take to minimize misunderstandings when doing business in China?

Stahlin: Harmony is greatly valued in many Eastern cultures. Disagreeing publicly in a negotiation or having a shouting match can have severe consequences in a negotiation. Avoiding embarrassment to others is also related to a cultural disinclination to say “no.” Frequently, “yes” means I understand what you are saying rather than I agree with you. When asked a direct question, such as “Do we have a deal?,” responses such as “Yes, approval appears likely,” “You will know soon,” or “That is a difficult question,” are all polite ways of saying “no.”

Tam: To minimize misunderstandings, CPAs should talk to people who have dealt with the Chinese before. There are resources that you can tap into, whether within or outside of your company, that will be able to prepare you.

Wu: Chinese people believe there is room for negotiations on almost every deal. Start out with a reasonable proposal. Don’t show frustration during negotiations, and be tolerant when the topic of conversation shifts. Cultural differences may make it challenging to find out how your Chinese counterparts feel about a deal, especially whether they have any concerns. Listen carefully.

When you close a deal, put everything in writing and get the most senior person on the Chinese side to sign off. After a contract is signed, understand that this is the beginning of the arrangement; follow up with your new partner and look for actions. Actions taken by the Chinese company or partner indicate commitment. Do not hesitate to suggest specific actions.

Also, exchanging gifts has a long history in Chinese social and business culture. You should present your business counterparts with small, wrapped gifts that you give them respectfully with both hands. Good gifts represent the city or state you are from or things with your company logo. Gifts do not have to be expensive.

What’s the best way to handle a business dispute with a supplier or partner in China?

Stahlin: Someone familiar with the local customs can provide excellent advice for handling an issue when you are in unfamiliar waters. If you confer with local staff on the issue, listen carefully and follow what they have to say.

Tam: There are not too many good options out there. You could have something drag on for years and just be a drain on resources. In some ways it’s better to cut your losses and move on instead of trying to get parity with what you have lost in the deal. Sometimes it’s better to learn your lesson quickly and move on.

Wu: Generally speaking, Chinese try to avoid lawsuits and prefer to settle disputes privately outside of court, because the process of a lawsuit is quite long and troublesome. It’s time-consuming and costly to a company.

How difficult is it to recruit and retain employees, particularly finance talent? What is the best way to address the challenges?

Jui: It’s very challenging to retain good employees in China, especially finance professionals. The accounting profession is only 28 years old, so it doesn’t have the steady supply as in countries like the U.S. So multinationals and accounting firms are recruiting overseas Chinese to go to China to take on the senior financial reporting roles as well as senior auditor roles.

A person with three years of experience working for any one of the international firms will get recruited by multinationals or Chinese companies that are willing to pay two or three times more in salaries. We’ve seen accountants from Hong Kong, Taiwan, Singapore, Malaysia, as well as Chinese-Americans making their way to China, getting their salaries doubled, and taking on more senior roles than they would have in their home countries.

Wu: China has a shortage of management talent, including in finance. It is difficult to find a Chinese CFO with strong international experience and good English language skills, especially in second- and third-tier cities. To develop and retain local Chinese talent, I suggest rotating talent through different departments, sending them on overseas business trips, providing them with mentors, and sponsoring advanced business courses. Career development is more important for Chinese than salary, because the Chinese believe that learning and career advancement will bring about earning.

Sabine Vollmer is a JofA senior editor. To comment on this article or to suggest an idea for another article, contact her at svollmer@aicpa.org or 919-402-2304.