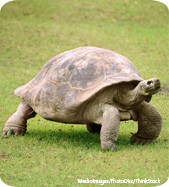 Retirement seems like more of a distant goal for a significant number of CFOs—and that might be a problem for those who are looking to move up.

According to a Robert Half Management Resources survey of more than 1,400 U.S. CFOs, 38% are more uncertain about when they’re going to retire than they were five years ago.

CFOs are not alone. Many workers who were once close to retirement are staying in jobs for reasons such as poor investment results in their retirement savings. Some are continuing to work because they are supporting unemployed adult children.

The scenario is making it harder for younger workers to find senior positions or advance in their current organizations. It’s also creating a leadership gap that is hampering innovation at some companies, according to a PwC report that examined data from 2,400 companies in more than 50 countries.

In many cases, younger employees looking to advance have been left with a choice: Leave one organization for a bigger role at another, or wait for senior employees to retire. Meanwhile, when long-held senior positions are finally vacated, companies are faced with having to fill the role with whoever decided to stay with the organization—lest they brave a tough market for experienced talent. That can be problematic—especially if the remaining candidates are critical to other parts of the organization.

In some cases, highly skilled technical workers are getting promoted to management positions, and their technical skills are sorely missed in their previous jobs, said Josh Bersin, principal and founder of human resources consultancy Bersin by Deloitte.

One segment of the PwC report, a survey of more than 1,200 CEOs, shows that 55% in Western Europe and the United States rate the recruitment and retention of “high potential middle management” as a key challenge, compared with 32% saying the same for “young workers.”

Establishing succession plans for top-level executive positions is one consideration for organizations, but it’s not the solution, said Dow Scott, a professor of human resources at Loyola University Chicago’s Quinlan School of Business.

“It takes more than a succession plan,” Scott said. “You have to provide development opportunities, not just training programs, but meaningful assignments. You have to create an internal culture that values development, and you have to have people willing to take on assignments, further their capabilities, so you get the best person from within.”

Some companies have been devoting extra resources to grooming current employees for positions of greater responsibility and authority. Employee development budgets, which often were cut in cost-saving measures during the recession, are making a comeback.

In 2012, spending on learning and development (L&D) rose an average of 12% among more than 300 training organizations surveyed by Bersin by Deloitte. That follows a 10% gain in 2011.

In some cases, there is a silver lining to the delayed departures. Employers can accommodate seasoned employees who want to ease into retirement by enhancing succession planning efforts and offering consulting opportunities, Paul McDonald, Robert Half senior executive director, said in a news release.

“A growing number of professionals nearing the traditional retirement age are exploring project and part-time work so they can continue their careers, while gaining the flexibility to gradually transition into retirement,” he said. “This allows firms to retain legacy expertise and transfer knowledge from departing executives to future company leaders.”

Visit CGMAMagazine.org
CGMA Magazine is published online at cgmamagazine.org in conjunction with the Chartered Global Management Accountant designation, which was created through a partnership between the AICPA and CIMA. The magazine offers news and feature articles focused on elevating and emphasizing management accounting issues.