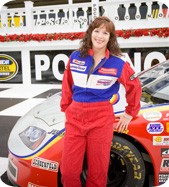 I have been employed by WithumSmith+Brown since I was an intern in college. I accepted their offer after graduation, and I celebrated my 20th anniversary with the firm in November.

When I first started, we didn’t have a formal mentoring program. So I gravitated toward people that thought like me, people that I wanted to emulate, or positions I wanted to have. I’ve had a lot of different professionals over the years to guide me, and I want to make sure to pay it forward. The firm is growing, and we’re going to need new partners in the future. Helping develop that talent is a passion of mine.

Our firm has a Women’s Leadership Development Initiative, which is showing women that there is a path for them to partner. Unfortunately, I probably work too many hours. I often wonder whether the staff that is coming up the ranks is thinking, “I don’t want to work quite like that.” But the landscape is changing. We have about a dozen female partners, and a few of them are part time. It can be a very flexible profession if you prove yourself.

I head up the mentoring program at the firm. I’m also chair of the Dean’s Advisory Council for The College of New Jersey School of Business. A lot of my time is spent getting the students engaged outside the classroom. I’ve always been the kind of person that likes to make sure the people coming up the ranks behind me are going to get where they want to go.

I was in seventh grade, sitting around a swimming pool with some family friends. The wife of one of my parents’ friends was a banker. She got on the topic of accountants and how much respect she had for them. For some reason, that kind of stuck in my head. I was always good at math. I said, “You know, that’s what I’m going to do.” And that’s what I did.

I’m a self-described mutt at the firm. Maybe generalist is a better word. I’ve done audit and tax since Day One, and I’m also the practice leader for our real estate group. I’ve done a lot. It’s been a good ride.

Being an accountant, I’m kind of conservative in a lot of respects. Getting out on the racetrack that first time, I couldn’t even describe the feeling. It was amazing, a feeling of being totally free and doing something totally out of the box. It was just the rush of driving around the track at 170 mph.

It started as a Christmas present for my husband, the StockCar Racing Experience at Pocono Raceway. I thought it would be a neat gift. Then I said, “I’m going to check this out.” I booked us both, and I got hooked.

There are different programs you can do based on experience. It may be nine cars on the track at a time. I could have a driver with me if I wanted. It’s racing in a pod of three cars, or racing against my time, doing some passing.

It’s unfortunately a very expensive habit. Right now, I go about once a year. Every time, even now, I get a little nervous. I’ve taken clients and some partners out on the track, and it’s a lot of fun. You get the big, macho guys, and they say, “This is going to be awesome.” And you see them get out of the car white as a sheet. A couple of my partners started to call me Danica (Patrick) for a while.

When I was 16, I had a boyfriend that flipped and totaled my father’s car. Ever since, I don’t trust other people’s driving. I would much rather be in the driver’s seat. At Pocono, I rode one time with a professional driver, and I’ve never been so scared in my life, because I wasn’t in control.

I’m not necessarily a speed demon. You won’t find me driving 100 mph on the turnpike. But I do get off the line quickly. When the light turns green, I’m gone.