The basic framework of cross-border taxation 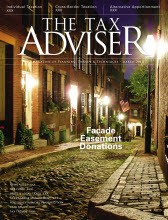 U.S. citizens are taxable on their worldwide income, with a credit or deduction for taxes paid on foreign income. The United States makes no distinction between earnings from business or investment activities within the United States and those outside its borders. Tax laws governing cross-border transactions are both arcane and complex, and they present a host of traps, demanding familiarity with the basic tax rules that apply to both U.S. and foreign persons.

The Internal Revenue Code provides default rules for taxing cross-border transactions. However, a tax treaty between the U.S. and the home country of a foreign taxpayer, or a country in which a U.S. taxpayer does business or produces income, takes priority over the default rules. Thus, assessing the tax impact of cross-border activity requires familiarity with any applicable tax treaty as well as with the default rules set forth in the Code.

In a world that is now a “global village,” even small firms must master cross-border tax issues to serve clients well: Cross-border transactions are simultaneously becoming more frequent and more complex. The taxation of these transactions, as well as the obligations they generate for withholding tax and filing returns and information reports, makes recognizing issues critically important for both planning and compliance. The type of entity that is involved, the timing of elections, and proper filing can all dramatically affect the taxation of cross-border income.

The complexity caused by the default rules in the Code is compounded by the fact that they are merely default rules and are therefore subordinate to any treaty provision that applies to a given transaction or investment. Cross-border transactions bring opportunity as well as risk, and the foregoing is intended to help practitioners recognize that many tax issues can arise from these activities. Marshall McLuhan’s global village is a fact of our times and so is the necessity of adapting tax practices to accommodate it.

For a detailed discussion of the issues in this area, see “Cross-Border Taxation,” by Barry Leibowicz, Esq., in the March 2013 issue of The Tax Adviser.

Also look for articles on the following topics in the March 2013 issue of The Tax Adviser: