The leadership cycle: How to effectively lead and develop talent 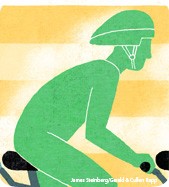 Richard Oliver, CPA, CGMA, is the president of familyowned THORLO Inc. in Statesville, N.C. He got his start in accounting with a fiber-optics company in Hickory, N.C., then went to work as an auditor for Deloitte. He returned to the fiber-optics field after three years, before he was recruited to THORLO in 1992. He has been the company’s president since 1999. THORLO makes padded socks—the company refers to its product as foot protection—at two locations in North Carolina.

We have a philosophy about our product quality that carries over to our community members, which is what we call employees: Performance is a given.

Our consumers don’t look at quality as an option. It’s an absolute. Internally, we have the same approach. We’re going to provide a place for community members to bring all their gifts and all their energy. They’re going to give 100%, and they’re going to get above-average pay, benefits, and a community that values them.

Our compensation system is not based on performance. Just as the quality of our product is nonnegotiable, performance is nonnegotiable. We have a “role and growth” compensation system. Within each role, there are defined levels of growth, and you can grow from one role to a different role. You can even grow the role that you’re in to the point that you grow it beyond its current definition. If someone grows the role beyond how it’s described, we will use outside analysis to measure the new role’s market value and where it would fit in our compensation system. This occurs when the community member has taken the initiative to not only grow within the role but to grow the role itself.

We refer to our employees as our community members. We don’t see the company as a separate entity from the community members. The community members make up the company. So if they do something that benefits the whole, then the whole benefits collectively and individually. If the company does well, then we make additional investments in programs such as wellness and tuition reimbursement. For example, we have an on-site exercise facility and personal trainers, and we’re considering things like an on-site cafeteria or perhaps a child care facility in the future. Legally, we’re not a co-op, but if you looked at us culturally, we really operate a lot like a co-op in terms of shared ownership and mutual value.

We’re very much based on a flat leadership culture and on peer relationships. Externally, my title says I’m president of the company. Internally, when I’m working on a group project, I’m bringing breadth and vision to the conversation, whereas someone else is bringing depth and expertise. We’re just bringing different things. Nobody’s got a bigger belt than another guy or anything like that. Everybody is just bringing a different perspective and skill set.

Everyone in our company, regardless of role, has the ability to be part of a formal leadership program, which we’ve had for close to 20 years. But where I think we’re unique is that after people start working here, we continue to engage them and explore mutual growth with them.

We ask them questions: What are your gifts? What are your affinities? What are the areas in which you excel? It’s a systemic process, not haphazard. We’re in regular conversations with people to explore what their gifts, desires, and aspirations are.

We have about 300 employees, two-thirds of whom are in manufacturing, the rest in SG&A. We have facilities in Statesville, N.C., and in Rockwell, N.C. We’re not the cultural mecca when it comes to entertainment and things like that, but because of our culture and values, we’re able to attract and retain some pretty incredible talent.

Our product is not a commodity. Clinical tests have validated our product as foot protection. We have a branded product that is differentiated, and we provide a premium value at a premium price. Unlike the commodity business, where many have gone offshore for labor and where pricing is pretty much their only differentiation, our differentiation is that we provide the value of foot protection. We are unique in the marketplace, and that allows us to keep our jobs at home. That is a value of ours. We believe that if we’re keeping jobs at home, we’re stimulating the local and domestic economy.

Many of our community members consider us home. We’ve had people who have been recruited to go to larger cities and with the promise of more money, and after six months or so, they ask to come home. That’s a repetitive thing for us. As people mature, they realize that, while money is important, it’s also important to be in a place where they feel they can explore their gifts and have a community that really cares. They’ll say, “I went to a bigger city, a bigger organization, but I felt like I was put in a box. I wasn’t able to express myself.”

When we have job openings, we always look inside first. Our ongoing conversations with employees will tell us what sort of growth opportunities they’re looking for. If we don’t have someone qualified for a particular role, we’ll then ask for referrals from our community. We want to see if they have friends or family who would be a good cultural fit for us.

Our reputation with regard to talent development plays a role in our ability to recruit. We’ve had people say they didn’t think they’d want to work in Statesville, thinking maybe they could make more money elsewhere. But then they see what we’re about and how our culture works. They come not because we offered them the most money but because they thought this was a place they could call home and they understood the other value our community provided.

Our turnover is extremely low. Our attrition rate, chosen turnover, is less than 3%. The average tenure of our employees is 15 years. We’ve had people leave because their spouses have gotten jobs elsewhere, and they continue to commute, three or four hours on Monday and then again on Friday, because they want to stay in this community.

Most of our senior-level community has grown within the organization. One individual started as a receptionist, moved up to account services representative, and she’s now our national internal sales manager. We started to explore her interests, her gifts, and they started to take her in different directions. The operations manager of our Rockwell plant started in our warehouse. He didn’t have management experience elsewhere, but through our conversations and his aspiration to be a leader, he gained competency and continued to grow.

Plenty of companies will say, “We want to bring people in and develop talent.” Where we’re different is in the amount of regular conversations we have with our community members and how we approach those conversations. We base the conversation on the individual’s gifts and talents instead of targeting a specific role. When you get people talking about their gifts, they don’t describe a role. They describe an environment in which they would feel most confident. Role is something that comes up in later conversations. Primary to determining that role is how the person is wired and what contribution they’d like to make.

We get feedback from peers and managers about what someone’s strengths and gifts are. Then we’ll ask if a person has desires beyond the current role. Sometimes they’ll say “yes,” and sometimes they’ll say, “No, I like what I’m doing, and I’d like to grow in this role, but I don’t have a desire to grow into a role with more responsibility.” And that’s OK. Then we partner with them to help them become more knowledgeable in their current role.

If they make the choice that they would like to explore another role, then we advise them on what they’d need to do to be considered for such a role. Then we have ongoing conversations about that process and help them grow. That’s the biggest thing that we do that makes us different.

We see the culture of sustainable relationships being the most strategic thing we do. Not just internal communications but also communication with our trading partners and our customers. Spending time in that is the most important thing we can invest in.

—As told to Neil Amato ( namato@aicpa.org ), a JofA senior editor

Read more from "The leadership cycle: Pointing the way to success"
What makes a great leader? What difference does a great leader make? The JofA addresses these questions with an essay package that explores how to best leverage the strengths of a team; outlines the 10 C’s of great leaders; and lays out a road map for developing young talent into leaders.