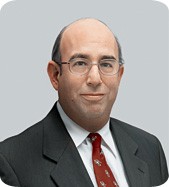 Robert Herz, CPA, was FASB chairman from 2002 through 2010. Before joining FASB, he worked 28 years in public accounting with PwC and Coopers & Lybrand. His memoir, Accounting Changes: Chronicles of Convergence, Crisis, and Complexity in Financial Reporting, was published this spring. He also is co-author of The Value Reporting Revolution: Moving Beyond the Earnings Game.

In a memoir published this spring, former FASB Chairman Robert Herz, CPA, provides an insider’s view of many of the important developments in accounting over the past 15 years. Accounting Changes: Chronicles of Convergence, Crisis, and Complexity in Financial Reporting describes Herz’s background and almost 40 years in the accounting profession, his experiences during the financial crisis and international convergence efforts, and his ideas for the future. In a recent interview with the JofA, he discussed his views on change management, leadership, convergence, and complexity. Here are excerpts from the interview:

Your book describes a lot of the changes you and your colleagues made at FASB. During your tenure, FASB became the one standard setter, and the Accounting Standards Codification project was completed. You also made significant progress improving the outreach and transparency related to FASB’s operations. Do you have a few guiding principles that you believe drive successful change management?

Herz: I would say it’s a collective effort. We had a number of successes, and we had some areas where we weren’t as successful, and I’ll take responsibility for some of those where I may have misjudged things. With the benefit of hindsight, and as I touch upon in the book, I might have done some of those differently. But I think, first of all, the environment around you matters a lot. When I came to the FASB, it was on the heels of Enron, WorldCom, and a whole spotlight on the financial reporting system, including accounting standards, so there was a case for change. That presented a challenge, but I also thought it presented a great opportunity. I had a lot of ideas, and talking through them with my colleagues at the FASB, we refined those ideas, added some new ones, and then from the ideas you develop some actions.

It’s important, though, that you have to make the case for changes. What’s the existing issue? Why would the change you are suggesting make the world better?

Then, human beings, as we are, need time to absorb the change. So you need timelines. And you need good communication throughout the change management process. It’s important to get buy-in both internally within the organization, and very importantly, to be able to make the case externally to those who will be affected by the change. There are always going to be some people who agree with a proposed change and some people who don’t, but if you get enough of the stakeholders to agree that it seems to make sense, you’re going to be much better off.

What, in your opinion, is the secret to managing people successfully?

Herz: To me, leading and managing groups is about one L word and then lots of C words. The L word is “leadership.” You do have to have confidence in yourself as a leader to gain the confidence of those you deal with. And I find there are a lot of C words that help you do that.

There’s “collegiality.” I’ve been fortunate to largely be able to work with—and I use the word frequently—colleagues. Great colleagues, people who work with you and try to help and pull toward the common mission. It’s about “communication,” and in that communication, it’s about being “candid” and being “clear.” And it’s two-way communication: “Here’s what I’m thinking. What are you thinking? How can we make this better?”

And I think it’s just generally about “common sense” in the way you deal with people. You have to have some leadership, and you have to have a vision, but you can’t just operate in a command-and-control manner.

Transparency, which you worked to improve at FASB, is a big issue today. Everybody wants to be as open as possible, and yet there are some things people don’t want to share, too. Do you have any advice for leaders of businesses who struggle with how much to reveal and how much not to reveal?

I always was a fan of Warren Buffett’s approach to his annual letter to shareholders. He said he writes as if he was a 50-50 partner, and his other partner has been away abroad for the whole year, and he has come back, and, “I really need to tell him what went on this year and where we stand.” I really like that approach.

Now in public reports, obviously there are some things that are confidential. There are trade secrets and the like. I still think you can communicate without specifically getting into those areas. I also think the framework for integrated reporting, which is like the enhanced business reporting framework that the AICPA was a part of, is a good framework for thinking about how to communicate the financial information and put it in the context of the whole business and your strategy. What’s your business model? How do you create value over time, and what are the risks and opportunities? All of those are important things to be able to communicate clearly.

Convergence is a major theme of your book, and momentum for IFRS to be allowed or adopted for U.S. public companies seems to be waning, at least at the moment. Is there something that you believe can help generate more momentum for IFRS in the United States?

Herz: I think first, many, not all, people seem to support the goal of having common, high-quality financial reporting across the major capital markets of the world. And I think having a single set of standards or at least highly comparable standards is an important part of getting to that end result.

I also think people will acknowledge that IFRS has become widely used around the world, and accepted in many parts of the world as the international standard. I think as far as the U.S. goes, there are various perceived issues. Our standards, while capable of improvement, are pretty good. And our reporting system is felt to be pretty good, maybe the best in the world.

In the convergence effort, we’ve brought the standards closer together, but as I describe in the book, there are still a lot of differences. Therefore, a wholesale, “Big Bang” change to IFRS could entail significant costs by companies and other parties in the system. And then there’s the issue of sovereignty and politics, and the FASB being regarded as the U.S. standard setter and closer to its U.S. constituents. And there are some concerns that from time to time the IASB (International Accounting Standards Board) may be influenced by some other parties whose goals might not be the same as ours in the U.S.

While not dismissing these concerns, I continue to strongly support trying to get to the end goal of common, high-quality financial reporting across the global capital markets. With regard to where the U.S. goes in terms of IFRS, the ball lies mainly in the SEC’s court. They can get a lot of help from the FASB and the FAF (Financial Accounting Foundation), but the decision on whether, when, and how to incorporate IFRS into reporting by U.S. issuers ultimately rests with the SEC. For a number of years, the SEC said—and people expected—that decision would be made in 2011. That didn’t happen, and it is not clear now when or even whether the SEC will come to a decision on this matter. And so in light of this, I think it is understandable that some people in the United States have begun to lose interest in this subject. But as I discuss in the book, I believe this is still a very important issue, both to the United States and around the world, and while I certainly understand the SEC has lots of other important priorities, I would continue to encourage them to provide more clarity on this subject as soon as possible.

Complexity is another theme of your book. Standards and regulation overload is a huge theme for businesses right now. You write in your book that in the wake of the financial crisis, just about all the parties have more issues to deal with than standards overload. But regulation seemingly is increasing at an exponential rate, and I’m wondering how we can avoid reaching a breaking point.

Herz: I think very understandably people are saying, “Gee, in terms of new accounting standards, you need to understand that there are a lot of other things we have to deal with right now.” Particularly for some industries, such as financial services, there are all the regulations emanating from the Dodd-Frank Act and other acts. So the fact that they have to deal with those new regulations means that they may have less time and resources to be able to deal with new accounting standards.

I think whether it’s accounting standards or new regulations, again, it’s a matter of whether or not there’s really a case or a need for the change. What is going to be the benefit, the cost/benefit? I happen to think in terms of some of the regulations around the financial markets and the financial services industry, there was a need for some real changes in the wake of the financial crisis. But then it’s up to the regulators through a very good process to make sure they get good input, make sure they consider that input, that the new regulations they’re proposing make sense, that they’re cost beneficial, and that there is sufficient lead time for people to implement them in an orderly way.

The environment around you matters a lot when you are making the case for change, according to Herz. Good ideas and communication, as well as buy-in internally and externally, help make change successful, he said.

Leading and managing groups requires confidence as well as some other important C words, Herz said. These include “collegiality,” “communication” that is clear and candid, and “common sense.”

Many people support the idea of common, high-quality financial reporting across the major world capital markets. In the United States, though, the SEC should provide more clarity as soon as possible with respect to whether, when, and how IFRS will be incorporated into reporting by U.S. issuers, Herz said.

Regulators need to proceed with care to combat growing complexity, according to Herz. Regulators need to make sure they create rules that make sense, are cost beneficial, and provide ample time for proper implementation, he said.