What does this mean, and what are the next steps? 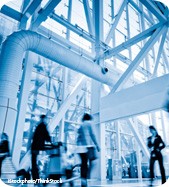 As California and the District of Columbia reach major milestones related to individual CPA mobility laws, profession leaders pause to reflect on what this means and assess the next steps in promoting cross-border practice.

Passage of the California law, which goes into effect July 1, 2013, was followed by another major mobility milestone. On Oct. 1, the District of Columbia’s CPA mobility law took effect. These victories mean that the only U.S. jurisdictions without an individual CPA mobility law are Hawaii, Guam, Puerto Rico, the Virgin Islands, and the Northern Mariana Islands.

Under the model language written and supported by the AICPA, the National Association of State Boards of Accountancy (NASBA), and state boards of accountancy, CPAs can temporarily practice across state lines without obtaining a reciprocal license if they are deemed to be substantially equivalent to CPAs already practicing in that state. This generally means that the CPA has 150 hours of education, has passed the CPA exam, and has at least one year of experience.

Out-of-state CPAs do not need to give notice or pay fees when they enter a state with such a law, but they must agree to oversight by the board of accountancy in that state while they are practicing there. Most states have adopted laws with these high-level guidelines, although some variations exist from state to state.

WHAT DOES THIS MEAN FOR THE FUTURE OF CROSS-BORDER PRACTICE?

Profession advocates have begun to take stock of the new laws. Work continues in the one state and the territories that have yet to pass mobility laws. And some jurisdictions without mobility laws still have other barriers to address before they can turn to mobility proposals. For example, Puerto Rico needed first to pass legislation that made its CPA licensure requirements substantially equivalent to those of the Uniform Accountancy Act, the profession’s model state law. Puerto Rico’s Colegio de Contadores Publicos Autorizados, the island’s CPA society, was successful on that front last year, when it persuaded the legislature to pass a one-year experience requirement. On Sept. 14, Gov. Luis Fortuño signed the legislation.

Hawaii is likely to consider the issue in its 2013 legislative session. The other three island territories may also see legislative efforts in 2013.

Even with the national mobility campaign almost fully implemented, a few states with mobility laws have presented challenges to CPAs trying to understand requirements as they cross into states to practice. According to the joint AICPA-NASBA tool CPAmobility.org, for example, many states still require firm registration for CPAs coming into a state to provide attest services.

NASBA and the AICPA have been trying to resolve those challenges by comparing services CPAs can provide under mobility laws with existing state-specific restrictions.

The mobility campaign has not been without critics. The California Society of CPAs had to address the Center for Public Interest Law’s concerns that accepting the out-of-state policies might lower existing standards in California. Tackling the group’s initial opposition to mobility was vital to the bill’s ultimate unanimous support by lawmakers in Sacramento.

WHAT ARE THE NEXT STEPS?

The next few years will demonstrate whether CPAs continue to develop confidence in the mobility regime, dropping reciprocal licenses and operating seamlessly across state lines. State boards of accountancy will also gather more data to see whether the early signs that they are able to exercise effective regulatory oversight of out-of-state CPAs hold true. Meanwhile, profession advocates are beginning to discuss if a firm mobility initiative might be the next logical step.

“When we started going down the path of passing [individual mobility] in 50 states, we got part of the way on firm mobility, but not entirely,” Barry Melancon, AICPA president and CEO, said during the AICPA fall Council meeting. “Now, some of those differences are creating some regulatory confusion.”

The regulatory process is focused on firms as well as individuals, Melancon said. “Several states, in fact, have raised that issue, with both state boards and state societies saying, ‘Is it time now to go to point two?’ So we have to have a debate or discussion about that.”

Under the concept being informally discussed, out-of-state firms that perform services in a state with a firm mobility law would be treated like individuals coming in under temporary practice and would not be subject to that state’s firm registration requirements (no notice needed or fees paid). But they would be subject to oversight and enforcement under that state’s accountancy laws and under the rules and regulations adopted by that state’s board. Many states without firm mobility laws stipulate that if an out-of-state firm wants to perform attest or compilation services in that state, it must apply for a firm registration with the state board of accountancy.

In firm mobility states, the firm would also still be subject to the oversight of the board in the state in which it has a physical presence. Such a proposal is not a radical idea. Indeed, 14 states already allow out-of-state firms to operate within their borders without being subject to that state’s firm registration requirements.

The concept of substantial equivalency would have to be worked out for firms, just as it was for individual CPAs. “Questions around use of firm names across state lines, the need for state peer review programs, differences in states’ firm ownership rules, and variations in continuing education as well as other factors will have to be part of any firm mobility debate,” said Mat Young, AICPA vice president–State Regulatory and Legislative Affairs.

“It will be important to have a level playing field,” he said. “Fortunately, many of these divergent issues have increasingly resolved themselves in many states around the country over the past few years. If undertaken, I think we could expect great success with a firm mobility campaign similar to the last six years of the profession’s individual CPA mobility efforts.”

The CPAmobility.org website helps CPAs determine whether their existing home registration is mobile and allows them to work in other jurisdictions without additional notice, or whether further paperwork is required.