Tax season: Cued up and ready? 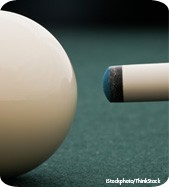 The tax organizer files are starting to come in, the return preparation software is updated, and the staff has cleared its calendar for the long days and nights ahead. That’s right, it’s tax preparation season, and for 2012 returns, CPAs have much to consider that’s new. They may also have much to consider that is uncertain, since, as of mid-December, the fate of key provisions that expired at the end of 2011 was unresolved and the “fiscal cliff” still unaddressed (see “Facing the Tax Cliff,” JofA, Nov. 2012, page 48). Some are popular items that have been repeatedly extended many years, though occasionally only late in the year to which they apply—for example, the alternative minimum tax (AMT) “patch,” as temporary increases in the exemption amount are known. This provision expired at the end of 2011 and, as of this writing, still could be taken up by Congress in the final days of 2012 as part of a deal to avert the fiscal cliff or in early 2013 (although in the latter case, likely delaying the start of filing season).

Click here to print the accompanying "Quick Guide" to use throughout filing season.

Most preparers no doubt recall the delay until mid-February 2011 for the start of filing 2010 individual returns with itemized deductions, caused by the Dec. 17, 2010, enactment of the Tax Relief, Unemployment Insurance Reauthorization, and Job Creation Act, P.L. 111-312. They could see a repeat of this scenario—or worse—as the clock ran down on Congress’s chance to extend temporary provisions before the end of the year, along with the sunset of provisions of the Economic Growth and Tax Relief Reconciliation Act (EGTRRA), P.L. 107-16, and the Jobs and Growth Tax Relief Reconciliation Act of 2003 (JGTRRA), P.L. 108-27.

Payroll taxes. In February, Congress extended the 4.2% rate on the first $110,100 of wages for the employee portion of Social Security tax through 2012. Taxpayers who are employees should have had payroll tax withheld from their wages at the lower rate. (A revised Form 941, Employer’s Quarterly Federal Tax Return, was released in February 2012 so employers could withhold the proper amounts.) Self-employed taxpayers should have paid lower estimated taxes during the year.

Basis reporting. Clients should see expanded basis reporting and other information by stockbrokers and mutual fund companies on Form 1099-B, Proceeds From Broker and Barter Exchange Transactions. The basis reporting requirement is now fully implemented for stock and mutual funds to include all shares purchased in 2012 (and later years). Brokers must report a customer’s adjusted basis in sold securities and classify gain or loss as long term or short term.

The proposed regulations allow a deduction for expenses for local lodging to attend business meetings and conferences if:


Taxpayers can rely on the proposed regulations now and do not have to wait for them to be finalized. Also, they may apply the new rules to eligible local lodging expenses paid or incurred in tax years for which the statute of limitation on credit or refund has not expired. Taxpayers should consider filing amended returns to seek refunds for tax paid on these expenses for years that are still open (three years from the filing date/two years from the payment of tax).

Health coverage reporting. While it may not affect tax return preparation, it’s worth noting that the Sec. 6051 provision requiring Form W-2, Wage and Tax Statement, to show the cost of employer-sponsored health plan coverage excludable from income, which was optional for 2011, should result in the amount’s showing up on the form for 2012 wages, for which the provision is no longer optional (except for certain employers filing fewer than 250 Forms W-2; see Notice 2012-9). This amount, however, is for taxpayer informational purposes only and does not affect the tax treatment of the coverage.

The 2010 Tax Relief Act increased the AMT exemption amounts, but only for 2010 and 2011, so the AMT exemptions reverted to their statutory amounts for 2012: $45,000 for married individuals filing jointly, less 25% of alternative minimum taxable income (AMTI) exceeding $150,000; and $33,750 for unmarried individuals, less 25% of AMTI exceeding $112,500. Congress may have retroactively increased the exemption amounts as part of a fiscal cliff deal in December, but as of this writing, it had not. Also expired (but potentially extended as part of a fiscal cliff deal) is EGTRRA’s provision in Sec. 26(a)(2) allowing nonrefundable personal credits to be claimed against AMT as well as against regular tax.

Two individual tax provisions expired at the end of 2011 that, if an extension came late in 2012, could once again delay filing returns with Schedule A, Itemized Deductions: the Sec. 164(b)(5) election to deduct state and local general sales taxes in lieu of state and local income taxes and deductibility of mortgage insurance premiums as interest (Sec. 163(h)).

Other expired individual provisions include the above-the-line deductions for certain expenses of elementary and secondary schoolteachers (Sec. 62(a)(2)) and for qualified tuition and related expenses (Sec. 222). Note that the American opportunity tax credit for education expenses, which for most taxpayers is generally more advantageous than the Sec. 222 deduction, was set to expire at the end of 2012. As this article went to press, the American opportunity tax credit sunset was addressed in a proposed Middle Class Tax Cut Act, H.J. Res. 66, but its fate, as part of the fiscal cliff negotiation, was uncertain.

Other expired individual items include:

Bonus depreciation. The allowance for 100% first-year bonus depreciation expired at the end of 2011, but taxpayers can deduct 50% of the basis of qualified property placed in service in 2012.

Veterans’ credits. Employers who hired veterans in 2012 may have been eligible for two new tax credits: the returning heroes and wounded warriors work opportunity tax credits. Employers are eligible for a credit of up to $9,600 for each qualified veteran they hired after the law’s enactment (Nov. 21, 2011) and before Jan. 1, 2013. Tax-exempt organizations can qualify for a credit against their share of the Federal Insurance Contributions Act (FICA) tax they pay on wages to qualified veterans, provided the veterans are performing services related to the organizations’ tax-exempt function. However, to qualify for the credit, employers must establish that the veteran they hired is a member of a targeted group that qualifies for the credit, by obtaining a Form 8850, Pre-Screening Notice and Certification Request for the Work Opportunity Credit, from a designated local agency (a state employment security agency). The certification can either be received from the agency before the veteran starts work, or the employer can complete a prescreening notice (also on Form 8850), under penalties of perjury, and, not later than 28 days after the veteran begins work, submit the notice to the agency to request certification.

R&D credit. The Sec. 41 research and development credit also expired at the end of 2011. This credit has been extended many times, and Congress may extend it again, but its extension was not part of the reported fiscal cliff discussions or the proposed Middle Class Tax Cut Act.

Expired provisions. Other business provisions that expired at the end of 2011 but could be extended include:


Congress may also extend several expired energy-related credits and other incentives. Three that are most likely to be claimed by client homeowners, building contractors, and manufacturers are:


As happened two years ago, CPA tax preparers should have contingency plans ready in case uncertainty regarding treatment of items on 2012 returns persisted late enough in 2012 to delay IRS processing of some types of returns. Preparers’ priorities for gathering client information and preparing returns may be affected, requiring them, for instance, to delay transmitting returns with deductions and credits affected by late legislation and developments.

Paul Bonner is a JofA senior editor, tax. To comment on this article or to suggest an idea for another article, contact him at pbonner@aicpa.org or 919-402-4434.

Long before preparers hit the “send” button on clients’ 2012 returns, they should be advising clients of the tax changes on the horizon. Many considerations involve adapting to changes to the Internal Revenue Code that were likely to come about late in 2012, so CPAs should keep abreast of tax news posted regularly at journalofaccountancy.com and elsewhere. See also “Year-End Tax Planning: Preparing for the Tax Cliff,” JofA, Dec. 2012, page 48). Here are some of the most salient points:

Higher payroll taxes. The scheduled expiration of the two-percentage-point cut in payroll taxes at the end of 2012 will likely affect taxpayers significantly, with implications for payroll withholding amounts in 2013. Tax preparers and advisers may want to at least review with employed clients their payroll withholding, in case payroll officials have not received or used correctly revised withholding tables. For self-employed taxpayers, the return of higher self-employment tax rates means that estimated tax payments will need to be adjusted accordingly. For highly compensated employees or higher-earning self-employed taxpayers, the new 0.9% Medicare tax on earnings will begin to be reflected in remuneration, as well.

Future of EGTRRA and JGTRRA. Of course, most attention has been focused on whether the lower top marginal rates on ordinary income and for capital gains and qualified dividends will continue into 2013. That should not blind tax preparers and advisers to the many other provisions of these acts that may or may not be extended.