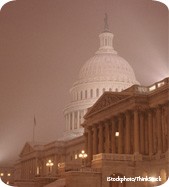 Pulling back from the “fiscal cliff” at the 13th hour, Congress on New Year’s Day preserved most of the George W. Bush-era tax cuts and extended many other lapsed tax provisions.

The new law brings a multitude of changes affecting both 2012 returns and, for the new year, tax planning, withholding, and estimated tax payments, prompting many considerations for CPAs and their clients concerning implementation of the new measures. In addition, new taxes and provisions enacted in 2010 by health care reform legislation took effect Jan. 1.

Shortly before 2 a.m. on Jan. 1, the Senate passed by a vote of 89–8 the American Taxpayer Relief Act of 2012, H.R. 8, which embodied an agreement that had been hammered out over the preceding two days between Vice President Joe Biden and Senate Minority Leader Sen. Mitch McConnell, R-Ky. The House of Representatives approved the bill by a vote of 257–167 late that evening, after plans to amend the bill to include spending cuts were abandoned. President Barack Obama signed the bill Jan. 2.

“The AICPA is pleased that an agreement has been signed into law,” said Edward Karl, vice president–Tax for the AICPA. “Besides allowing the IRS and tax software providers to implement critically needed administrative plans and updates for the current tax season, the act should now enable taxpayers to make informed decisions and businesses to get on with their long-term tax and cash flow planning. The AICPA has been working with our members to help them understand and implement these changes in the tax law. We also will continue to closely follow tax-related developments as the next chapter in the legislative saga unfolds.”

The act’s impact on tax season was not immediately known. The IRS issued a statement on Jan. 2 saying that it was assessing what effect the act would have. The IRS released updated withholding tables on Jan. 3.

With some modifications targeting the wealthiest Americans with higher taxes, the act permanently extends provisions of the Economic Growth and Tax Relief Reconciliation Act of 2001, P.L. 107-16 (EGTRRA), and Jobs and Growth Tax Relief Reconciliation Act of 2003, P.L. 108-27 (JGTRRA). It also permanently takes care of Congress’s perennial job of “patching” the alternative minimum tax (AMT). It temporarily extends many other tax provisions that briefly lapsed at midnight on Dec. 31, 2012, and others that had expired a year earlier.

The act’s nontax features include one-year extensions of emergency unemployment insurance and agricultural programs and yet another “doc fix” postponement of automatic cuts in Medicare payments to physicians. In addition, it delays until March a broad range of automatic federal spending cuts known as sequestration that otherwise would have begun immediately.

Among the tax items not addressed by the act was the temporary lower 4.2% rate for employees’ portion of the Social Security payroll tax, which was not extended and has reverted to 6.2%. Certain taxpayers also face higher taxes starting in 2013 as a result of provisions also described below that were enacted by the 2010 health care reform legislation.

Editor’s note: An updated version of the JofA’s Filing Season Quick Guide for tax year 2012, reflecting changes made by the American Taxpayer Relief Act, is available for download here.

The personal exemptions and itemized deductions phaseout is reinstated at a higher threshold of $250,000 for single taxpayers, $275,000 for heads of household, and $300,000 for married taxpayers filing jointly.

The exemption amount for the AMT on individuals is permanently indexed for inflation. For 2012, the exemption amounts are $78,750 for married taxpayers filing jointly and $50,600 for single filers. Relief from AMT for nonrefundable credits is retained.

The estate and gift tax exclusion amount is retained at $5 million indexed for inflation ($5.12 million in 2012), but the top tax rate increases from 35% to 40% for decedents dying, gifts made, and generation-skipping transfers made on or after Jan. 1, 2013. The estate tax “portability” election, under which, if an election is made, the surviving spouse’s exemption amount is increased by the deceased spouse’s unused exemption amount, is made permanent by the act.

The act changes the rules governing in-plan rollovers from Sec. 401(k), 403(b), or 457(b) plans to a Roth 401(k) plan, allowing these rollovers to be made without a distribution. Under a special rule (new subparagraph (E) added to Sec. 402A(c)(4)), participants may transfer any amount not otherwise distributable under the plan to the designated Roth account as a qualified rollover contribution.

Various temporary tax provisions enacted as part of EGTRRA are made permanent. These include:


Individual Credits Expired at the End of 2012

The American opportunity tax credit for qualified tuition and other expenses of higher education is extended through 2017. Other credits and items from the American Recovery and Reinvestment Act of 2009, P.L. 111-5, that are extended for the same five-year period include enhanced provisions of the child tax credit under Sec. 24(d) and the earned income tax credit under Sec. 32(b). In addition, the bill permanently extends a rule excluding from taxable income refunds from certain federal and federally assisted programs (Sec. 6409).

Individual Provisions Expired at the End of 2011

The act also extends through 2013 a number of temporary individual tax provisions, most of which expired at the end of 2011:

The act also extends many business tax credits and other provisions. Notably, it extends through 2013 and modifies the Sec. 41 credit for increasing research and development activities, which expired at the end of 2011. The credit is modified to allow partial inclusion in qualified research expenses and gross receipts those of an acquired trade or business or major portion of one. The increased expensing amounts from 2011 under Sec. 179 are extended through 2013. The availability of an additional 50% first-year bonus depreciation (Sec. 168(k)) is also extended for one year by the act. It now generally applies to property placed in service before Jan. 1, 2014 (Jan. 1, 2015, for certain property with longer production periods).

Other business provisions extended through 2013, and in some cases modified, are:

The act also extends through 2013, and in some cases modifies, a number of energy credits and provisions, most of which expired at the end of 2011:

The IRS’s authority under Sec. 1445(e)(1) to apply a withholding tax to gains on the disposition of U.S. real property interests by partnerships, trusts, or estates that are passed through to partners or beneficiaries that are foreign persons is made permanent, and the amount is increased to 20%.

For married individuals filing a joint return and surviving spouses, the threshold amount is $250,000; for married taxpayers filing separately, it is $125,000; and, for other individuals, it is $200,000.

Medical care itemized deduction threshold. The threshold for the itemized deduction for unreimbursed medical expenses has increased from 7.5% of AGI to 10% of AGI for regular income tax purposes. This is effective for all individuals, except, in the years 2013–2016, if either the taxpayer or the taxpayer’s spouse has turned 65 before the end of the tax year, the increased threshold does not apply and the threshold remains at 7.5% of AGI.

Paul Bonner is a JofA senior editor, and Alistair M. Nevius is the JofA’s editor-in-chief, tax. To comment on this article or to suggest an idea for another article, contact them at pbonner@aicpa.org and anevius@aicpa.org or 919-402-4434 and 919-402-4052.