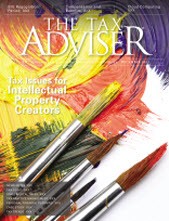 The Tenth Circuit Court of Appeals recently dismissed a lower court’s permanent injunction that had enjoined Colorado from enforcing its Amazon law requiring remote sellers to report sales in the state. The Tenth Circuit held that the Tax Injunction Act (TIA) precludes federal jurisdiction over the claim that Colorado’s law requiring out-of-state retailers to report information about customers’ purchases to each customer and to the Colorado Department of Revenue (DOR) violates the Commerce Clause of the U.S. Constitution (Direct Marketing Ass’n v. Brohl, No. 12-1175 (10th Cir. 8/20/13)).

As a result, the Tenth Circuit remanded the case to the district court to dismiss the Commerce Clause claims and lift the permanent injunction the lower court had imposed prohibiting the DOR from enforcing the law (Direct Marketing Ass’n v. Huber, No. 1:10-CV-01546-REB-CBS (D. Colo. 3/30/12)). Any further proceedings in the case must begin in Colorado’s courts or administrative agencies.

The Colorado law (Colo. Rev. Stat. §39-21-112(3.5)) and related regulations require any retailer that sells $100,000 or more of products to customers in Colorado, but does not collect and remit sales taxes on those products, to:


Retailers can avoid the reporting requirements by voluntarily collecting tax from customers in Colorado.

The lower court had found that the law violated the “dormant Commerce Clause” (the constitutional theory that prohibits state actions that interfere with interstate commerce) because it discriminates against out-of-state retailers by treating them differently from in-state retailers and was therefore invalid on its face. That court further held that the DOR had failed to overcome this finding of facial invalidity because it failed to prove that the law advances a legitimate local purpose that could not be served by “reasonable nondiscriminatory alternatives.”

The TIA states that “district courts shall not enjoin, suspend or restrain the assessment, levy or collection of any tax under State law where a plain, speedy and efficient remedy may be had in the courts of such State” (28 U.S.C. §1341). The Tenth Circuit characterized this as a broad jurisdictional barrier that prevents federal courts from interfering with the important state concern of collecting taxes.

For a detailed discussion of the issues in this area, see “Use Tax Reporting: Is Colorado Back in Business?” by Sarah McGahan, J.D.,  in the December 2013 issue of The Tax Adviser.

Also look for articles on the following topics in the December 2013 issue of The Tax Adviser: