From CGMA Magazine: How to be a better delegator 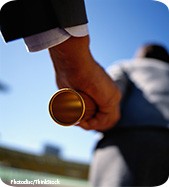 Being able to delegate well allows effective leaders to free themselves to do high-value tasks and to improve their own performance. Here are seven tips on how to delegate more effectively.

Consider the benefits. Delegation isn’t just about freeing yourself from tasks that are beneath your pay grade—it is also about making those who work for you happier. The flip side of delegation is empowerment. Letting people get on with their jobs and giving them control is a huge motivator and will result in a boost in their discretionary effort. By giving them new tasks that stretch them, you build up their skills, advance their careers, and are the kind of manager any ambitious person wants to work for.

Set the scope. Delegate as much as you can. Senior managers should keep only three main areas. The first is big picture stuff, such as strategy; the second is important tasks where you can make a real difference; the third is relationships—for this reason many senior people ensure they’re involved in recruiting. Pretty much everything else can be done by someone else.

Know what not to delegate. Don’t pass on tasks involving highly confidential information unless the person to whom you are delegating them has a similar level of clearance. For various reasons, you shouldn’t delegate jobs simply because you don’t like doing them; this can be very demoralizing. Similarly, don’t hang on to low-grade jobs just because you really enjoy them, although it doesn’t hurt to get your hands dirty occasionally.

Learn to let go. Many managers find delegating excruciatingly difficult. The biggest single reason for this: control freakery. A lot of people believe that if you want a job done well, you have to do it yourself. Those people are chronic micromanagers. Micromanagement demotivates those below you. If you struggle with this, start small. Delegate a little. Then, if your employees do a good job, delegate a little more. This should result in a virtuous circle. And try thinking about the alternative: If you hang on to every task that you do now, how will you ever progress? Think, too, about low-value tasks you have already dropped—and how little you miss them.

Set a detailed brief. Some managers are poor delegators because they just hand over tasks and assume the work will get done. Properly selecting and briefing those to whom you delegate is an investment that will pay back many times over. Agree on how the task will be done, discuss a time frame, and decide how progress will be measured. The next time you do it, it’ll be easier, and the time after that easier still. What you’re doing is creating a template for delegation and building your reputation as someone from whom others are happy to take delegation.

Provide the right tools. Remember, too, that those to whom you delegate need to be given the tools and resources to accomplish their tasks. If you delegate sorting out the team’s travel itinerary to a personal assistant, he or she will need credit cards, access to contacts at travel management companies, and so on. You should monitor what staff members are doing, without meddling, and listen to suggestions. You also need to ensure that people know your door is open if they have problems. It is far better for staff to ask minor questions at the beginning that prevent a disaster two days from the completion date.

Offer feedback. If those to whom you delegate tasks do them well, ensure that you give them positive feedback and that they get the credit elsewhere in the organization. This requires a bit of conscious effort. It’s very easy to slip into giving feedback only when jobs are done badly. And people are likely to praise you rather than your team. But positive feedback is hugely motivating, and telling others that your team did the work reflects very well on you as a leader.

The original version of this article, “Seven Ways to Improve Your Delegating Skills,” by Rhymer Rigby, is available at tinyurl.com/njvttdg.

More Directors Think a Fellow Board Member Should Go
More than one-third of corporate directors say their own boards have underperforming members, according to PwC US’s 2013 Annual Corporate Directors Survey.

Thirty-five percent of the 934 public company directors surveyed said someone on their board should be replaced, up from 31% in 2012.

The full article, “Corporate Directors Say New Regulations Aren’t Worth the Costs,” by Ken Tysiac, is available at tinyurl.com/p26zmd2.

Two-thirds of respondents, which included more than 600 senior executives at parent companies in 26 countries, identified risk management as their top transfer-pricing priority. That’s up from 50% in 2010.

Respondents reported that, in the past year, examinations by revenue authorities have expanded in scope and complexity, and the number of cases where adjustments resulted in penalties increased to 24%, from 19% in 2010 and 15% in 2007. Documentation requirements became stricter, and the number of unresolved reviews and audits were up.

The full article, “Rising Transfer-Pricing Scrutiny Dials Up Risk,” by Sabine Vollmer, is available at tinyurl.com/nfs2r5k.

Companies Giving “Stars” Bigger Raises
Top performers at many U.S. companies are receiving higher raises than their average and low-performing counterparts, but an appetite for even greater rewards for the best employees remains.

Exempt workers who received the highest performance ratings were given an average salary increase of 4.6% in 2013, according to a survey of 910 U.S. companies by professional services company Towers Watson.