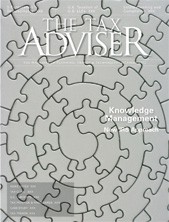 Inadvertent involuntary terminations should be addressed immediately upon discovery. The taxpayer can request an inadvertent termination ruling under Sec. 1362(f) and, subject to IRS approval, retain its S status.

A corporation’s S election terminates effective on the date that the company commits the act that triggers the ineligibility. If a corporation does not qualify as an S corporation on the first day its S election is supposed to go into effect, its election is treated as terminating that day. After a termination, the corporation is not eligible to elect S status for five years.

If an S corporation inadvertently terminates its S corporation status, the IRS may grant relief. The corporation must be able to demonstrate that the termination was inadvertent. The IRS may provide relief to corporations (via a waiver) and potentially restore S status retroactively, if the following are present:

For a detailed discussion of the issues in this area, see “Inadvertent S Corp. Terminations,” by Phillip Elefonte, CPA, in the October 2012 issue of The Tax Adviser.

Also look for articles on the following topics in the October 2012 issue of The Tax Adviser: