From CGMA Magazine: The merits of thinking the unthinkable 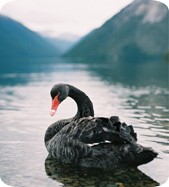 You’re about to embark on an important project. You think it will be a success, but you can’t be sure. So you imagine that, a year down the track, your project has failed. Then you seek answers: What killed it? How could failure have been avoided? What other kinds of low-probability events could have shut down the project?

Executives, spooked by devastating “black swan events” during the financial crisis, are increasingly examining these kinds of what-if scenarios to stress-test risks in a potential strategy or to refine contingency planning.

One such exercise, the premortem, aims to identify potential problems to improve a product, project, or strategy before deployment—rather than learning painful lessons from a real-life implosion.

“The premortem tells everyone that it’s OK to think about worst-case scenarios,” said Mark Beasley, Deloitte professor of enterprise risk management at North Carolina State University’s Poole College of Management. “It’s a way of presenting the negative in the context of a strategy.”

John Huston, manager of Ohio TechAngel Funds, has applied that kind of thinking to the due-diligence process his teams conduct on potential investments. Premortems get him and his team thinking about risks they wouldn’t normally have considered. “It has added an extra level of certainty when we [make] decisions,” Huston said.

Huston asks his team to imagine it’s a year later and that their investment has failed. What, he asks the team, could have caused the catastrophe? Certain potential causes of failure have cropped up time and again. Among them: What would happen to the investee company if the CEO died unexpectedly? Can the investee company ramp up sales sufficiently before it runs out of seed investment cash? And could a better piece of science undermine the investee company’s business plan?

“It’s very effective in getting people focused on issues that could cause disaster,” Huston said.

But premortems can become counterproductive if they are mismanaged, said Beasley, the North Carolina professor. “The premortem approach could make organizations too risk-averse and forget the truth that if you don’t take risks, you won’t grow.”

Whoever is facilitating the premortem needs to be seen as objective. If the facilitator has any bias about the firm’s strategy or the particular investment being evaluated, it will inhibit people’s responses.

The premortem clears confusion about how team members are thinking. People who have developed the strategy or project, for instance, may be over-invested in its outcome because they’ve already put in so much work. So a premortem becomes an antidote to overconfidence.

A premortem should include people from all levels of an organization, including contrarians who may otherwise be marginalized. “A premortem gives them an opportunity to speak with authority and confidence in a way they couldn’t otherwise do—and it brings them into the mainstream,” Lesser said.

For more, CGMA designation holders can read “The Premortem: Death Before Life,” by Peter Bartram at tinyurl.com/8wgj2sx.