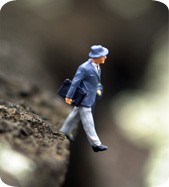 You can’t pick up a newspaper or go online this fall without seeing stories about the coming “tax cliff” or “taxmageddon”—the time at the end of this year when the current tax rates for income, capital gains, gifts, and estates are scheduled to expire. Mostly overlooked by the news media are a large number of other tax provisions that are also scheduled to expire or have already expired.

The country faced a similar situation at the end of 2010, when, after having had nine years to prepare for the sunset of the lower income, estate, and gift tax rates enacted in the Economic Growth and Tax Relief Reconciliation Act (EGTRRA), P.L. 107-16, and seven years to prepare for the sunset of the lower capital gains tax rates enacted by the Jobs and Growth Tax Relief Reconciliation Act of 2003 (JGTRRA), P.L. 108-27, Congress had to scramble to prevent the rates from rising. The House and the Senate finally enacted a short-term solution in mid-December 2010 in the form of the Tax Relief, Unemployment Insurance Reauthorization, and Job Creation Act of 2010 (2010 Tax Relief Act), P.L. 111-312, which extended the ordinary income tax rates and the capital gains tax rates, reinstated the estate tax at a reduced rate, and extended a large number of expired or expiring provisions.

This year the country faces the same prospect. Many of the 2010 Tax Relief Act extensions expired at the end of 2011, and the rest expire at the end of this year. This article details what has expired and will expire if Congress does not act.

What Congress’s solution will look like was still hard to gauge as this article went to press, and it will depend to a large extent on the results of this month’s presidential and congressional elections, which could affect tax law for years to come. And while the major parties have expressed strong positions on which income tax brackets should or should not be extended and for whom, they have largely been quiet on issues such as the estate and gift tax rates and the various other expiring tax provisions.

In August, the Senate Finance Committee approved a bill, the Family and Business Tax Cut Certainty Act of 2012, that would extend some, but not all, of the expired provisions through 2013. This may signal that, when Congress does act, it will not extend every expired provision because of the cost in lost federal revenue. Tax provisions for individuals that the bill focused on included restoring the alternative minimum tax (AMT) patch, the deduction for state and local sales tax, and parity for employer-provided mass transit and parking benefits. Provisions for businesses included extending the research and development credit, the work opportunity credit, and the increased Sec. 179 expensing amounts. In all, the bill would extend or restore 11 provisions for individuals, 28 for businesses, and 13 energy incentives. It did not address the impending changes to income, estate, and capital gains tax rates.

PROVISIONS SET TO EXPIRE AT THE END OF 2012

In 2003, JGTRRA also lowered the capital gains tax rate to 15% (0% for taxpayers in the 10% and 15% income tax brackets). These rate changes are also scheduled to expire after 2012. The rates will revert to 10% for taxpayers in the 15% income tax bracket and 20% for other brackets (8% or 18% for property held more than five years (but to qualify for the 18% rate, the holding period must begin after Dec. 31, 2000)). The taxation of qualified dividend income at capital gains rates will also expire at the end of 2012.

Payroll tax reduction. The lower 4.2% rate for employees’ portion of the Social Security payroll tax will expire at the end of 2012 and revert to 6.2%.

AMT provisions. The 0% and 15% capital gains rates for the AMT, the AMT offset of the child tax credit, and the 7% AMT preference for excluded gain on the disposition of qualified small business stock are scheduled to expire at the end of 2012.

After 2012, if Congress does not act, the estate, gift, and GST tax regime that existed in 2000 will return. The exemption amount will be $1 million, and the top rate will be 55%.

A variety of other temporary tax provisions are scheduled to expire at the end of 2012. These include tax credits, deductions, and various tax incentives.

Foreign provisions. The IRS’s authority under Sec. 1445(e)(1) to apply a 15% withholding tax to gains on the disposition of U.S. real property interests by partnerships, trusts, or estates that are passed through to partners or beneficiaries that are foreign persons expires at the end of 2012.

In addition to the large number of provisions scheduled to expire, many provisions expired at the end of 2011 and have not been reenacted.

Transit pass parity with parking benefits (Sec. 132(f)). The maximum amount an employee can exclude from income for employer-provided transit passes and transportation in a commuter highway vehicle for 2012 is $125 per month, down from $230 per month in 2011.

Other expired items affecting individuals include:

The Sec. 41 research and development credit also expired at the end of 2011, as did the work opportunity tax credit (Sec. 51(c)) (but portions were extended through 2012 for certain veterans by the Three Percent Withholding Repeal and Job Creation Act, P.L. 112-56).


Expired deductions and special depreciation rules (in addition to the expiration of 100% bonus depreciation) include:


Finally, a number of other special business incentives and other tax items expired, including:

Whatever Congress ends up doing, many of these tax provisions will affect the upcoming tax season. The IRS will need to program its computers and possibly redesign tax forms. The later in the year legislation is passed, the harder it will be for the IRS to have everything in place. And it is possible that Congress will not resolve things until sometime in 2013, leading to retroactive reinstatement of tax provisions and many amended returns.

Parts of the impending cliff, of course, go beyond taxes: As a result of the debt ceiling agreement reached last year, automatic government spending cuts are scheduled to take effect in 2013. The Supreme Court’s upholding of 2010’s health care legislation means many health care reforms (and some taxes) will go into effect over the next few years. Together, these issues will have a large impact on all taxpayers.

Alistair M. Nevius is the JofA editor-in-chief, tax. To comment on this article or to suggest an idea for another article, contact him at anevius@aicpa.org or 919-402-4052.