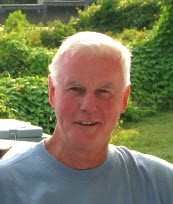 Jerry Sullivan, who served as executive director of the Public Oversight Board, died Dec. 10 at his home in Wilton, Conn. He was 78.

From 1989 to 2002, Sullivan was head of the Public Oversight Board (POB), a private-sector entity that played a critical role in self-regulation of the auditing profession until the SEC established the PCAOB in 2002. He served as chairman of the AICPA’s Auditing Standards Board, helping establish in 1988 the 10 standards dealing with the expectation gap.

Beginning in 1958, Sullivan worked 30 years for Coopers & Lybrand, which later became part of PricewaterhouseCoopers. He became a partner in 1964, and served as the firm’s director of audit policy through 1968. He also was a member of the firm’s International Practice Committee, which established audit policy on a worldwide basis. He was a member of the audit committees of several public companies and the advisory board of the Treadway Commission.

“He led by good example,” said George Fritz, who worked in various capacities with Sullivan for 25 years, “and that kind of leadership brought out the best in everybody. They wanted to do well because he inspired them to do well.”

In 1996, Sullivan received the American Accounting Association Auditing Section’s Distinguished Service Auditing Award for his contributions to the auditing profession.

After 2002, Sullivan testified in the field of auditing as an expert witness.

Sullivan was born Aug. 21, 1933, in Chicago and grew up in Pittsburgh. He received his B.S. in accounting from Duquesne University in 1956 and earned his master’s degree in accounting at George Washington University while serving a two-year stint with the Army Audit Agency in Washington.

Chuck Evers, who served under Sullivan as technical director of the POB, said Sullivan’s imagination, confidence, decision making and leadership were remarkable.

“He was one of the more imaginative people I ever worked with,” Evers said. “This is totally subjective, but I had a career that went from 1960 to 2003, so I worked for and with a lot of people, and Jerry was, as far as I’m concerned, the best.”

Sullivan is survived by his wife of 53 years, Margaret (Peggy) Ann Quinlan Sullivan; four sons; one daughter; and 16 grandchildren. A memorial Mass was held Dec. 16 at Our Lady of Fatima Church in Wilton, Conn.