Profession must wield its influence in steering government spending onto a sustainable path. 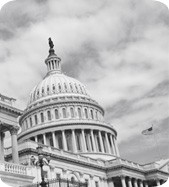 We’ve gone from striving to achieve a balanced budget over an economic cycle to $1 trillion-plus annual deficits. And we’ve gone from a total federal debt-to-GDP ratio of about 12.7% in 1887 to more than 100%, and growing rapidly, today.

Our federal financial hole is getting deeper by $3 trillion or more a year, based on the combination of annual deficit spending and increases in future unfunded liabilities to entitlements. Absent meaningful spending or tax reforms to restore fiscal sanity, we are approaching a financial tipping point that requires action to avert a U.S. debt crisis. All the while, our political system has become dysfunctional, dominated by hyper-partisans, ideologues, and career politicians who are more concerned with keeping their jobs than doing their jobs—people who spend too little time addressing the structural challenges that threaten our ship of state.

Washington’s myopia and dysfunction do not shock me. But they do deeply disappoint me. During my 37 years as a CPA, including almost 10 years as comptroller general of the United States, I have witnessed the good, the bad, and the ugly in connection with the government’s finances. In my roles in government, and as head of two nonprofit organizations concerned with fiscal responsibility issues, I have traveled extensively to discuss the tough choices we must make to put our nation’s finances in order. It’s a tough message, and one that must be coupled with hope and some sensible, nonpartisan solutions that can gain bipartisan support.

CPAs are uniquely positioned—and have an important obligation—to deliver that message. CPAs can help enhance public understanding, improve government financial reporting, promote transparency, increase accountability, and facilitate a long-overdue transformation of government at all levels. Our members have the financial knowledge and credibility to do so effectively. We must remember what the “P” in CPA stands for. CPAs hold a public trust and need to act in the public’s interest. In doing so, we should be fact-based, nonpartisan, and nonideological, if we expect to maximize both our effectiveness and credibility.

It is clear that government has grown too big, promised too much, and waited too long to restructure. This is true at the federal level, as well as in many states, cities, and towns. As a result, there is a need to transform government at all levels to make it more results oriented, responsive, accountable, and sustainable.

This will require tough transformational changes achieved in installments, over time. As we all know, when you engage in a tough, transformational change initiative, you must make the case that doing nothing is not an option, and that tough choices are required to avert a real crisis and create a better future. This is true regarding change efforts in the private, public, and nonprofit sectors.

As CPAs, we should be leading the charge in this effort. CPAs can and should seek to help improve government transparency and accountability through public engagement activities and providing views on proposed changes in professional accounting, reporting, and auditing standards relating to government.

We must also pay equal attention to the state and local governments that face serious structural fiscal challenges. These are driven by a variety of factors, including underfunded pension plans, unfunded retiree health care programs, and outdated tax systems. Importantly, when the federal government eventually does restructure, the bad news will flow downhill to lower levels of government.

Given these challenges, state and local governments need to engage in transformational changes as well, and ensure that their accounting and reporting standards encourage and reward them for doing so. GASB needs to be supported in its efforts to bring state and local accounting and reporting more in line with the federal government and the private sector.

State and local accounting and reporting need to highlight government financing interdependency. Additional focus on longer-term fiscal outlooks and the related intergenerational implications are also in order. And, eventually, some authoritative body will need to address the need for more performance reporting.

Underfunded pension and unfunded retiree health obligations of state workers and retirees also need to be on the balance sheet and accounted for on an accrual versus cash basis, as the federal government and private sector have done for years. Doing so will cause some states and localities to have a negative net asset position. But such a change in accounting and reporting recognizes reality and could accelerate the much-needed and long-overdue restructuring of such plans as it did in the private sector. From a taxpayer perspective, that is the right thing to do.

As we look to the future, there is a clear need to conduct an independent baseline review to make government more future focused, results oriented, efficient, and effective. This effort should be overseen by a group of capable, credible, and nonconflicted leaders with successful transformational change experience. These professionals would work with other government employees and outside contractors to conduct the related review in phases and over time. This represents a huge potential public service and business opportunity for accounting and other consulting firms that hopefully will be realized in the not-too-distant future.

In 1937, on the Institute’s 50th anniversary, President Franklin Delano Roosevelt wrote to Robert H. Montgomery, the president of the AICPA’s predecessor, the American Institute of Accountants. In his letter, Roosevelt highlighted the role of CPAs in the public sector. “The same considerations which make accounting of such paramount importance in private enterprise have equal force in their relation to public business,” Roosevelt wrote. “The business of government is surely the most important business in the world. For its proper dispatch it is absolutely essential that there shall be a microscopic scrutiny of all government accounts not only to prevent irregularities and dishonesty but as a guarantee that the will and the intent of the Congress—the sole appropriating power—shall be carried out in all disbursements of public funds.”

The message holds true in this 125th anniversary year of the AICPA. All CPAs must do their part to lead by example and help create a better future for our country, our profession, and our families.

I will do my part. All that I ask is that you do yours.

The Comeback America Initiative has issued reports and tools designed to help pave the way for reforms designed to restore fiscal sanity. The resources are designed to help educate and engage the public in the fight for America’s fiscal future. Here are highlights of the resources, which can be found in full at keepingamericagreat.org:

True State of Our Federal Finances. This trifold, which fits easily into a pocket, provides a clear picture of the federal government’s finances through several graphs and tables.

Restoring Fiscal Sanity. This 40-page report provides a compelling case regarding where we are financially, where we are headed fiscally, and why reforms are needed. It also includes two fiscal reform frameworks designed to put the federal government on a more prudent and sustainable fiscal path. The report outlines a range of illustrative reforms, including possible budget controls, social insurance reforms, defense and other spending reductions, and comprehensive tax reform that will generate revenue above the historical average as a percentage of the economy.

Fiscal IQ. This 30-question online quiz can help assess your fiscal knowledge—and show how you compare to other voters. More than 20,000 people, including from all 50 states and more than 60 countries, have taken the quiz. It can be accessed directly at fiscaliq.net.

David M. Walker was comptroller general of the United States and head of the U.S. Government Accountability Office from 1998 to 2008. He is currently CEO of the Comeback America Initiative, a nonprofit organization that promotes fiscal responsibility and seeks solutions to America’s federal, state, and local fiscal imbalances.

To comment on this article or to suggest an idea for another article, contact Jack Hagel, editorial director, at jhagel@aicpa.org or 919-402-2111.