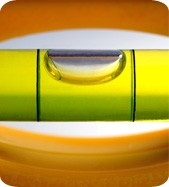 More organizations are voicing a commitment to ethical performance, but their proclamations do not appear to be matched by action—a disconnect that is emerging as financial professionals are facing more pressure to act unethically.

That ethical divide was among the key findings of Managing Responsible Business: A Global Survey on Business Ethics, which was released by the AICPA and the Chartered Institute of Management Accountants in May. The report also makes a case for how Chartered Global Management Accountants (CGMAs) are uniquely positioned to help companies track and manage ethical performance.

The survey of almost 2,000 professionals with finance roles in nearly 80 countries follows a similar study conducted in 2008. The latest results reveal that:


“The overall message is clear,” the report says. “While there have been positive developments in terms of building the architecture for ethical codes and policies, the translation of these into practice is lagging behind.”

The down economy may have something to do with the divide. Challenging competitive and economic conditions have meant that executives are often focusing on more immediate concerns such as cost-cutting.

Respondents said they felt more pressure to act unethically during an economic downturn, and the report showed geographical differences in those pressures.

More than half of the respondents from India, Malaysia, Pakistan, Sri Lanka, and Zambia said they felt some pressure to compromise their organizations’ ethical standards. The United States and the United Kingdom reported the lowest pressure—18% each.

To be sure, there have been strides in efforts to prevent or encourage the reporting of unethical behavior: Incentives for staff to uphold organizations’ ethical standards increased, as did training and the use of ethics hotlines. But the disconnect between rhetoric and reality is evident in attitudes toward adjudication.

Of the respondents who reported ethical misconduct, only half were satisfied with how their ethical concern was handled. Among those who did not report misconduct, the main reason was the perception that reporting would not make a difference.

“The results indicate that ethical culture overall, backed by trusted leadership and clear processes, still needs to be strengthened,” Philippa Foster Back, director of the Institute of Business Ethics, said in the report.

The increasing emphasis on ethics has a direct impact on those working in finance. In turn, finance employees—including CGMAs, who are bound by either the CIMA or AICPA code of ethics—have a key role in supporting ethical conduct and collecting, reporting, and monitoring ethical information, the report says.

And it appears companies are recognizing that: Finance-related roles are now seen as having greater responsibility for ethical standards—with the finance director/CFO up from 34% to 39% and the head of internal audit up from 24% to 28%.