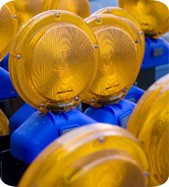 Editor's note: This article is part of a series that samples accounting research and distills key findings for busy practitioners and preparers. The summaries explain the implications of a wide range of research and give CPAs an opportunity to apply results to their day-to-day activities. Readers interested in more detail should read the full text of each article to explore the expanded literature, hypotheses, research processes, statistical analyses, supporting theories, and conclusions.

Auditors have become the focus of several recent academic studies. The academy has centered its lens on auditors who examine financially distressed companies and on auditor-client negotiations. New research also examines executive overconfidence as a cause of earnings mismanagement. This article summarizes the findings and observations from recently published research in prominent accounting and finance journals.

The Impact of Industry Specialization on Auditor Judgment

Users of financial statements consider going-concern opinions a forewarning of potential bankruptcy. Yet, according to several studies, fewer than 50% of companies receive this warning prior to filing for bankruptcy.

Research published by Liesbeth Bruynseels, W. Robert Knechel, and Marleen Willekens continues the debate about the likelihood that a soon-to-be-bankrupt company will receive a going-concern report. Their research, published in the February 2011 issue of Auditing: A Journal of Practice & Theory, explores how industry specialization and audit methods affect an auditor in evaluating the mitigating actions taken by management of financially distressed companies.

The research examined 148 companies that filed for bankruptcy protection between 1999 and 2002 and that also exhibited prior indications of financial distress, such as negative retained earnings, negative operating cash flow, or negative net income. The companies were from 18 industrial classifications within manufacturing. The study reveals that an auditor with industry specialization would be more likely than a nonindustry specialist to issue a going-concern opinion. Industry specialization was defined as a firm having more than 25% of the market share within a specific manufacturing industry. Further, the research shows that a client who initiates strategies to temporarily improve performance, such as raising short-term cash, is less likely to receive a going-concern opinion from both the specialist and the nonspecialist auditor.

The authors confirm previous research on the importance of auditor industry specialization. Further, their results show that when confronted with a company facing financial distress, auditors should apply caution when management takes short-term operating initiatives. The research indicates that an auditor's interpretation of short-term, focused operating initiatives can easily lead someone to miss a company's serious financial difficulties. The research also underscores the importance for auditors to focus on longer-term strategic management initiatives when evaluating the financial distress of a company, rather than shorter-term initiatives that provide only temporary relief from the problems.

Researchers frequently study auditor-client relationships. The negotiation process is an area of particular importance in these interactions. Whether the issue is determining the appropriate application of GAAP, a proposed audit adjustment, or the audit opinion itself, the auditor's persuasiveness affects not only the financial reporting process, but also the overall relationship between auditor and client.

"The Relative Effectiveness of Persuasion Tactics in Auditor-Client Negotiations," an article by Stephen Perreault and Thomas Kida, published in the November 2011 edition of Accounting, Organizations and Society, centered on the effectiveness of different types of persuasive communication.

The authors, recognizing the dual role of an auditor to attest to the fair presentation of the financial statements while maintaining strong client relations, build on prior research addressing this conflicting responsibility. The study examines a variety of communication styles to determine the most persuasive tactic for auditor-client negotiations.

The research was conducted through a simulation given at a management training conference. The authors selected 147 experienced management executives to complete a computer-based simulation.

The simulation involved an auditor-client negotiation concerning the calculation of estimated product warranty expense. Participants were to assume they were acting as the controller of a company that had just been informed by an auditor that its warranty expense estimation needed upward adjustment. Four persuasive argument strategies were presented to the participants to determine the most effective method of communication: (1) auditor threat of a possible qualified opinion; (2) auditor warning of a review by the audit firm's quality-control department; (3) auditor warning of an independent review by a technical partner; or (4) an explanation that the auditor's recommendation was consistent with the way other companies handled a similar issue.

Participants' reactions were then examined to determine which communication style resulted in greater concessions.

Results of this study provide insight into how auditors can increase the effectiveness of persuasive communication used in client negotiations. As might be expected, a supportive-as opposed to contentious-communication style is recommended to increase cooperation, the study shows. The research also reveals that the most effective method involved describing how other companies handled similar accounting issues.

Threatening to qualify the audit opinion was effective as well, although the researchers cautioned against this method, as failure to follow through could result in a loss of credibility. Use of the warning for an independent technical review or a quality-control review was found to be less effective.

The article includes an appendix containing specific persuasive-argument and communication style suggestions that could be useful in auditor-client negotiations. For example, during a position negotiation, the authors recommend phrases such as: "I definitely respect your opinion on this issue. However ..." or "I believe it is in your best interest if you record ..."

The appendix also includes examples of what would be perceived by the client as a more contentious communication style, which, according to the research, could result in fewer client compromises. The article recommends auditor training in persuasion tactics to provide more desirable conclusions to auditor-client negotiations.

Corporate executives are the focus of "Executive Overconfidence and the Slippery Slope to Financial Misreporting," a study by Catherine M. Schrand and Sarah L.C. Zechman (Journal of Accounting & Economics, February-April 2012).

The study examines the SEC's Accounting and Auditing Enforcement Releases (AAERs) for 49 sanctioned companies to determine the attitudes and rationalizations behind the misreporting. Companies with highly publicized fraud, such as Tyco, Enron, and HealthSouth, were included in the study. Schrand and Zechman statistically analyzed the financial trends and characteristics of the companies and matched them against comparable companies with no misreporting, to provide insight into why companies misstate earnings.

The authors classified violators into two categories based on an analysis of the SEC's allegations contained in the AAERs, as well as the level of criminal penalties assessed against the companies. One-fourth of the cases appeared to involve a motivation for personal gain, such as the intent to deceive or defraud. Violations in these companies included fictitious revenue, hidden debt, and account manipulation-activities that generally started during years of relatively poor performance. These companies were motivated to continue fraudulent reporting, even after performance improved, to increase personal wealth through increased compensation, according to the SEC's enforcement releases.

Executives in three-fourths of the cases maintained what the authors considered an "optimistic bias" or "unrealistic positive belief" about the outcome of a situation. Misreporting in these companies began with the intention to adjust for a weak performance period that was presumed to be temporary, according to evidence found in the SEC's evidence enforcement releases. Misstated earnings often began with an overly optimistic or unrealistic accounting judgment and were typically unintentional. Any intentional misstatements for these executives generally started small.

"Optimistic bias" executives maintained an attitude that the misreporting would be a one-time event and that future corporate earnings would cover or reverse the misstatement, according to the authors. These executives became entrenched in the misreporting when their company's poor performance did not improve. Once on the slippery slope of fraudulent reporting, earnings management became more aggressive, eventually leading to SEC sanctions.

Other trends the research revealed include:


Previous studies have shown overconfidence to be a positive and desirable trait associated with an executive's performance. However, other prior research also documented an increase in distorted investing and financing decisions associated with overconfident executives.

Given the positive attributes of overconfidence in corporate executives, when such attitudes are observed, auditors might be advised to modify their risk assessment with a corresponding adjustment in the nature, timing, and extent of audit procedures to lessen the risk of financial misreporting. Schrand and Zechman suggest that overconfident executives be more closely monitored by boards of directors and other corporate governance measures, asking the question, "[I]s the cost of better monitoring higher than the expected benefits from mitigating the risk of misreporting?"

Cynthia E. Bolt-Lee (boltc@citadel.edu) is an associate professor of accounting and taxation at The Citadel School of Business Administration in Charleston, S.C.; D. Scott Showalter (scott_showalter@ncsu.edu) is a professor of practice at the Poole College of Management at North Carolina State University.

To comment on this article or to suggest an idea for another article, contact Jack Hagel, editorial director, at jhagel@aicpa.org or 919-402-2111.