A new system for recognizing revenue 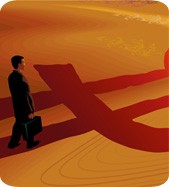 FASB and the International Accounting Standards Board (IASB) in November released a revised proposal that would create a single revenue recognition standard for both U.S. GAAP and IFRS. The standard is designed to streamline accounting for revenue across industries and correct inconsistencies in existing standards and practices. The new standard would also require businesses to disclose more information about revenue.

Unlike the previous exposure draft released in June 2010, the latest proposal includes a detailed section of implementation guidance.

The boards said in a press release that they “further refined their original proposals” following a review of nearly 1,000 comment letters on the 2010 ED and extensive outreach activities.

The revisions in Proposed Accounting Standards Update (Revised), Revenue Recognition (Topic 605)—Revenue from Contracts with Customers: Revision of Exposure Draft Issued June 24, 2010, appear to address many of the concerns raised in a December 2010 comment letter by the AICPA’s Financial Reporting Executive Committee (FinREC) that also urged the boards to re-expose and redeliberate on the proposals.

“The revisions aren’t going to please everybody,” said Peter A. Margaritas, CPA, a Columbus, Ohio-based IFRS expert. “But it looks like the boards tried to address all comments in the new exposure draft and, more importantly, it’s unlikely there will be many significant changes between what we’re seeing now and the final standard.”

The boards said they decided to re-expose the proposals because of the “importance of the financial reporting of revenue to all entities and the boards’ desire to avoid unintended consequences arising from the final standard.”

“The core principle of this revised proposed standard is the same as that of the 2010 exposure draft: that an entity would recognize revenue from contracts with customers when it transfers promised goods or services to the customer,” the boards said.

“If you read the proposal, it’s clear that beyond eliminating some industry-specific rules, our concept of revenue [under current U.S. GAAP] will not change very much under the proposed new standard,” said Paul B.W. Miller, CPA, an accounting professor at the University of Colorado in Colorado Springs.

But the boards added guidance on how to determine when a good or service is transferred over time; simplified the proposals on warranties; simplified how an entity would determine a transaction price (including collectibility, time value of money and variable consideration); modified the scope of the onerous test to apply to long-term services only; added a practical expedient that permits an entity to recognize as an expense costs of obtaining a contract (if one year or less); and provided exemption from some disclosures for nonpublic entities that apply U.S. GAAP (see Exhibit 1).

“Simplification signals compromises have been made to make financial reports easier to prepare,” said Miller. “This could mean less useful information for users.”

Accountants working for and advising companies should explore the proposal and its potential implications, said Bill Schneider, CPA, director of accounting for AT&T and an AICPA board member. Companies may have to make changes to point-of-sale systems and/or billing systems to capture the information needed.

The boards decided that, on the basis of their current timetable for the project, a final revenue standard would not be effective earlier than for annual reporting periods beginning on or after Jan. 1, 2015. That timing would ensure that, for a business providing two years of comparative annual financial information (in addition to information for the current year), the standard would be issued before the beginning of the earliest comparative annual period presented. FASB decided that early application would not be permitted. The IASB decided that early application would be permitted.

“The take-away message here is that, to get the two years of data for retrospective application, preparers will need to begin collecting data for the new standard in 2013 if FASB issues the standard as planned in the second half of 2012,” said Margaritas.

The core principle of the proposed guidance is that an entity should recognize revenue to depict the transfer of promised goods or services to customers in an amount that reflects the consideration to which the entity expects to be entitled in exchange for those goods or services.

The proposed model would be applied to all contracts to provide goods or services to customers, except leases, insurance contracts and financial instruments.

Companies would apply the model using the following five-step process:

Step 1: Identify the contract with a customer. The proposal defines a contract as “an agreement between two or more parties that creates enforceable rights and obligations.” It adds that contracts can be “written, oral, or implied by an entity’s customary business practices.”

A good or service is distinct if either of the following criteria is met:

1. The entity regularly sells the good or service separately.

2. The customer can benefit from the good or service either on its own or together with other resources that are readily available to the customer.

Notwithstanding these tests, a good or service in a bundle of promised goods or services is not distinct and, therefore, the entity would account for the bundle as a single performance obligation, if both of the following criteria are met:

2. The bundle of goods or services is significantly modified or customized to fulfill the contract. The proposed guidance also includes implementation guidance to help an entity to appropriately identify the performance obligations in specified situations (for example, when other parties are involved in providing goods to an entity’s customer and the entity must determine whether its performance obligation is to provide the goods by acting as a principal, or to provide the service of arranging for another party to provide the goods by acting as an agent).

1. Variable consideration. If the promised amount of consideration in a contract is variable, an entity would estimate the transaction price by using either the expected value (that is, probability-weighted amount) or the most likely amount, depending on which method is a better indicator.

4. Consideration payable to the customer. If a business pays, or expects to pay, consideration to a customer (or to other parties that purchase the entity’s goods or services from the customer) in the form of cash, credit or other items that the customer can apply against amounts owed to the entity, the business would account for the consideration payable to the customer as a reduction of the transaction price unless the payment is in exchange for a distinct good or service. An entity would not consider the effects of customer credit risk (that is, collectibility) when determining the transaction price but, instead, would account for those effects by applying the guidance in FASB Accounting Standards Codification (ASC) Topic 310, Receivables, or IFRS 9, Financial Instruments. Any corresponding amounts recognized in profit or loss would be presented both initially and subsequently as a separate line item adjacent to the revenue line item.

To allocate an appropriate amount to each separate performance obligation, an entity would determine at the start of the contract the stand-alone selling price of the good or service underlying each separate performance obligation and allocate the transaction price on a relative standalone selling-price basis. If a stand-alone selling price is not observable, an entity would estimate it.

The proposed guidance specifies when an entity would allocate a discount or a contingent amount entirely to one (or some) distinct goods or services promised in a contract rather than to all promised goods or services in the contract.

The 221-page proposal contains 26 examples of how the revised requirements would work. If adopted, the proposed standard would replace the guidance on revenue recognition in ASC Topic 605, Revenue Recognition . In IFRS, it would replace International Accounting Standard (IAS) 18, Revenue, IAS 11, Construction Contracts, and related interpretations.

The following implementation guidance is an integral part of the proposed guidance:

Besides having an extra year to implement the proposed standard, nonpublic entities would be exempt from a number of mandatory disclosures including:

Comments are due March 13, 2012, and can be submitted at fasb.org or iasb.org. More information, including a FASB podcast and an IASB “Snapshot,” which is a high-level summary of the proposal, are available on the respective websites.

“We’re encouraging our members in business and industry to test out the proposed model on their transactions and submit relevant comments to FASB and the IASB,” said Kim Kushmerick, AICPA senior technical manager–Accounting Standards.

IFRS Resources, which includes an IFRS Certificate Program that helps build the knowledge necessary in International Financial Reporting Standards for success in today’s global business world. The program is designed to provide CPAs and accounting professionals with the training, knowledge and practical guidance needed to use IFRS. Go to ifrs.com.